What Are the Causes behind Dogs with Blue Eyes?

What are the causes behind dogs with blue eyes? Are blue eyes dominant in dogs? No, it isn’t the most dominant eye color in dogs. Most pooches have brown eyes, which can vary in shades depending on their breed. Surprisingly, some dogs do have dazzling baby blues.

What is the rarest eye color for dogs?

Green is the rarest eye color for dogs, but blue is also considered uncommon. The American Pitbull Terrier is the only purebred dog that naturally has stunning green eyes. In comparison, several dog breeds have a chance of owning beautiful baby blues.

What type of dog breeds have blue eyes?

Although blue is rare eye color, some breeds are more likely to have it than others. The following are dog breeds with a notable prevalence of baby blues:

Why do some dogs have blue eyes?

Thanks to the hard work of researchers, the causes behind this puzzling phenomenon are slowly uncovered. Here are the top factors that lead some dog breeds to have striking blue eyes:

1. They possess the merle gene.

The merle gene is responsible for creating merle coats in dogs. This is very common in breeds like the Border Collie, the Australian Shepherd, and the Old English Sheepdog. Coincidentally, these are intelligent dogs with a working background.

Pooches with merle genes share some common features, including large areas of white surrounding either one or both eyes. Because of the lack of pigmentation in these areas, they have higher chances of possessing beautiful blue eyes.

But just because your dog is a merle gene carrier, it doesn’t ensure that he will have blue eyes.

Albinism is a rare genetic condition that hinders dogs from producing melanin and the enzymes responsible for their bodies’ coloration. It causes an absence of pigmentation in their coat, skin, and eyes.

The extreme lack of pigmentation in albino dogs causes them to have pink noses and blue eyes.

Merle-coated dogs are often confused for dogs with albinism since both have predominantly white coats. However, there is a big difference between them.

Albinism happens when a dog inherits 2 copies of a recessive gene. In contrast, the merle gene is a dominant gene, so a dog will only need one copy from his parent to have a merle coat.

3. Dogs with white fur around their eyes.

In general, pooches with large white patches of fur on their faces may possess blue eyes. Their low pigmentation causes a loss of pigment around their eyes, resulting in blue color.

This commonly happens with dogs with intensive white, spotted coats such as the Dalmatian.

A study found that some dogs with blue eyes possess a rare gene mutation called ALX4, which causes this unique eye coloration.

Unlike merle-coated and albino dogs, their coat color does not affect their eye color. Thus, they can have baby blues even if they have dark fur.

The Siberian Husky is the prime example of this since he is a carrier of the ALX4 gene. This rare blue-eye gene can also be inherited by hybrid dogs that are offspring of Siberian Huskies, such as:

Several dog breeds have the rare gene marker for blue eyes, but it is a recessive trait. Border Collies, Dalmatians, Corgis, Dachshunds, Old English Sheepdogs, and German Shepherds are some of them.

For blue eyes to occur in these dogs, they should have 2 gene mutations. Note that the American Kennel Club accepts blue eyes as a standard in some of these dog breeds.

Did you know that all puppies are born with blue eyes? Some may sport blue-green eye color, whilst others will have brownish blue or light blue eyes.

Do note that their blue eyes will gradually change to a different color in most puppies as they slowly reach maturity.

A temporary blue eye color transition to a permanent one will begin when a puppy is around 3–4 weeks of age.

Once he reaches 10–12 years old, his permanent eye color will become more and more evident. In rare cases, this can happen as late as 16 weeks of age in some puppies.

Brown is the most common eye color in full-grown dogs. Some breeds can possess other eye colors aside from brown, such as amber, yellow-green, or grey.

However, few adult dogs can retain their baby blues. As mentioned earlier, this can be due to genetics, lack of pigmentation, or albinism.

Others may have heterochromatic eyes, wherein each eye has a different color. It is a trait commonly seen in Shetland Sheepdogs, Siberian Huskies, Dalmatians, Chihuahuas, Dachshunds, Shih Tzus, and Border Collies.

Are blue eyes in dogs bad?

Generally, most dogs with blue eyes are healthy and free from health problems or genetic disorders.

However, in some instances, blue eyes can be a sign of a medical condition that needs to be addressed. Below are the common health concerns regarding blue-eyed dogs:

Both are serious health issues that occur mainly in double merle dogs, which are produced by breeding two merle gene carriers. Some double merle puppies are born blind or deaf.

Unfortunately, others may suffer from both conditions. For this reason, mating two merle gene carriers is extremely discouraged.

It is worth noting that an offspring of a merle gene carrier and a non-carrier are not prone to these health problems.

Potential owners of dogs with merle coats should be extra careful in selecting a pooch to take home with them. To be on the safe side, be sure that the puppy is health-screened by the breeder.

Did your dog’s brown eye color bizarrely change to blue? It is an indicator that he may have developed an eye disorder. Numerous optical diseases can cause a sudden change of eye coloration such as:

Anterior Uveitis: This occurs due to the inflammation of the eye’s uveal tract.

Cataracts: These form an opaque lens on the eye, obstructing a dog’s vision.

Corneal Dystrophy: It causes opacity in a dog’s cornea due to genetic disturbance of fat metabolisation.

Glaucoma: This induces heavy pressure on the eyes, resulting in extreme pain and redness.

Interstitial Keratitis: It is characterised by the inflammation of a dog’s cornea.

Nuclear Sclerosis: It is a milky discoloration in the eye that commonly affects senior dogs.

These blue-eyed dog health problems may have different causes, but they often have similar symptoms. Look for eye discharge, cloudy eyes, inflammation, itchiness, and redness.

These symptoms signify that your blue-eyed dog needs a vet check-up ASAP to determine what eye problem he is suffering from. Lack of medical care can lead to irreversible vision loss.

Dogs are common hosts for various intestinal worms. Many dog owners are wondering, “What home remedy can I use to deworm my dog?” We have  6 natural … END_OF_DOCUMENT_TOKEN_TO_BE_REPLACED 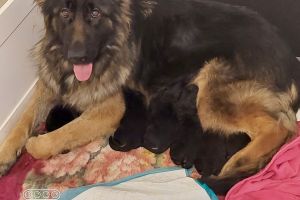 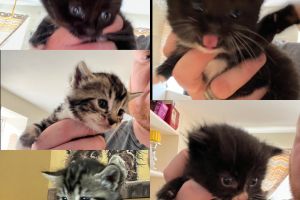 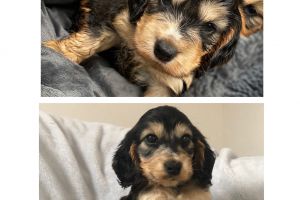 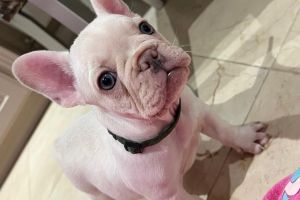