Border collies are a solid package of energy, cleverness, and diligence, which makes them swift learners of tricks and also highly competitive canines. No wonder they are one of the most popular dog breeds for agility competitions. Let us state a bit of your curiosity by sharing with you these astounding border collie facts.

Queen Elizabeth might have preferred corgis, but her great-great-grandmother, Queen Victoria, was a huge fan of border collies. She was a true dog lover that adores many dog breeds, but in the 1860s she became a border collie enthusiast.

During the second half of the nineteenth century, the queen promoted the breed. Thus, it broke away and distinguished itself from modern collie. Before it happened, border collies were known as the Scotch sheepdog because they originated along the borders of England and Scotland.

Border collies were primarily bred to become herding canines. Because of this purpose, they have gradually developed their intelligence, strength, stamina, and work ethic, which made them not only the best choice for herding but also the most ideal working dog.

These tenacious pooches pursue and round up farm animals. They use the modified predatory behaviour of the beginning of the hunt, which is characterised by nipping, stalking, and crouching but without a drive to kill.

Back in 1873, border collies surprised the crowd that attended the earliest recorded sheepdog trial, which took place in Bala, Wales. These intelligent pooches successfully herded a flock of sheep into a small pen through the guidance of their owner’s hand signals and whistles.

Another proof of the border collie’s shrewdness is the many records that this breed has set. Chaser, a border collie, became popular because of her impressive ability. She was able to learn the names of one thousand objects and distinguish them from one another.

The second notable border collie is Sweet Pea, who set a dog balancing record back in 2008. She was able to balance a can on top of her head, then walked a hundred meters in only two minutes and fifty-five seconds.

Another border collie named Jumpy received a Guinness World Record for dog skateboarding. His record was one hundred meters in less than ten seconds. Lastly, a border collie living in Quebec City and known as Striker has set the record for swiftly rolling down a manual car window.

Border collies have imposing herding techniques, which allow them to effectively marshal animals. First, they have the ability to move rapidly in a catlike, crouched position. Since they have a space in between the tops of their shoulder blades, it allows them to stealthily slither by. This helps them go unnoticed because they are staying low to the ground.

Another technique that border collies use to intimidate even the most stubborn sheep is ‘the eye.’ It is characterised by intensely staring at the livestock to petrify and gain control over them. By combining ‘the eye’ and their crouching technique, they are able to round up animals with definite accuracy.

The border collie is the most intelligent breeds, because of their trainability, they became big movie stars. Jean, also known as the Vitagraph Dog, was a border collie that performed in early silent movies. In another hit film, Babe, which was about a little pig that became a sheepherder, it featured border collies as herders.

They have also been cast in several movies such as Snow Dogs, Proud Rebel, and Animal Farm. A border collie named Maui played as Murray in the hit ’90s television series Mad About You for seven years.

Old Hemp was crowned as the father of all the border collies. He was the predecessor of this breed. Old Hemp started to herd sheep when he was six weeks old. Not only has he showcased an unusual talent for herding but also had an impressive style in doing it.

His owners were impressed since he was silent and less aggressive in efficiently accomplishing the task compared to other dog breeds. Old Hemp’s unique temperament and abilities inspired the codification and creation of the border collies.

Another known common ancestor of this breed is Wiston Cap. He had hugely contributed to the border collie’s development since he was the most well-known stud. In fact, he fathered many border collie puppies compared to other pooches.

All border collies in the UK were estimated to have descended from him. Moreover, the recorded average of border collie registered in the International Sheep Dog Society is 13.3%, Wiston Cap.

Great Combination of Smartness and Diligence

Border collies gained the spot they are from their exceptional fusion of sheer brilliance and grace.

The winter season does not only bring in a festive ambiance and cold weather. It also drags along a number of threats that can endanger our dog’s … END_OF_DOCUMENT_TOKEN_TO_BE_REPLACED 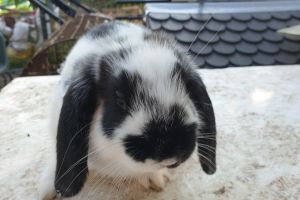 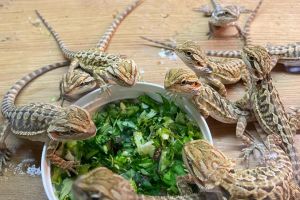 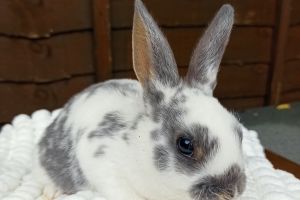 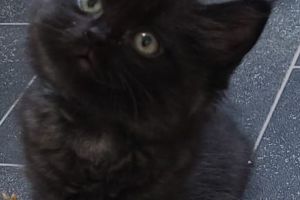