The British Shorthair is a striking pedigree feline. This breed is remarkably photogenic that there are over 4.7 million posts tagged with #britishshorthair on Instagram. Unsurprisingly, this breed won the hearts of many cat lovers, including celebrities and famous personalities. Because of their immense popularity. There are many famous British Shorthair cats, they have appeared in many commercials, movies, and print ads.

A real-life ‘Puss in Boots’

Another fictional character that resembles the look of a famous British Shorthair is none other than Shrek’s sidekick, Puss in Boots. Puss made his first appearance in Shrek 2 as a minor character that manipulates his enemies with his adorable looks. He was also seen in other Shrek movies.

As a very easy-to-like character, Puss was able to star in his own films such as Puss in Boots, Puss in Boots: The Three Diablos, Puss in Boots 2: Nine Lives & 40 Thieves. Rumour has it that our little smooth-talking cat is inspired by an actual British Shorthair.

“To grin like a Cheshire cat”
The original Cheshire cat from Lewis Carroll’s novel, Alice’s Adventures in Wonderland is based on a real cat breed, the British Shorthair. The Cheshire cat serves as a guiding spirit for Alice as it swiftly pops back and out in the scene.

There have been other rumours about the inspiration behind this magical character. But looking at its plump body, large nose, and expressive eyes, it definitely looks a lot like the British Shorthair.

Winston Church – the cat that came back to life
Winston Church was the cat of Ellie Creed who dies in the movie but was brought back to life by Ellie’s father, Louis Creed through the sinister power of the Pet Sematary. Church went back to his owners but becomes a more aggressive version of his past life.

In the 1989 movie adaptation Pet Sematary, a British Shorthair cat starred as Winston Church. To represent a creepy-looking cat, a feline with a dark coat and piercing yellow eyes was chosen to play the role.

Trivia:Trivia: In the 2019 movie remake, they used a brown tabby Maine Coon to portray Church as it closely resembles the cat on the first cover art of Stephen King’s book.

Celebrities charmed by the British Shorthair

Sam Smith
The British pop singer Sam Smith describes himself as a dog person but that does not stop him from having a British Shorthair cat. But he said his feline named Henry acts “like a dog”.

Sadie Frost
The producer and fashion designer Sadie frost has two dogs and one cat. “I feel like Snow White,” says Sadie Frost as she talks about eating outdoors together with her furry friends.

Hong Kong’s most well known and adorable cat is Tsim Tung Brother Cream, a famous British Shorthair. He has a sister named Sister Cream. He was a feline employee at a convenience store in Hong Kong but soon became a national celebrity in 2012 after he went missing.

Local fans posted signs and notices in search for Brother Cream. He was found 26 days later and was able to reunite with Sister Cream. Since then, these cats became famous with many visitors wanting to see them. Brother Cream currently has over 43,000 Instagram followers and counting. He has ‘authored’ two books, has his own merchandise, and has appeared in several advertisements.

Coby the famous British Shorthair
With 1.6 million followers on Instagram, Coby the cat is a popular meowdel known for his fashion sense and his piercing blue eyes. He has gained a large number of online admirers in the span of three years.

Rebecca Schefkind, Coby’s owner, admitted that she started the account just for fun and soon got serious when many people started to follow Coby’s life.
“After over a million followers, as well as free food and supplies from sponsors, I started to take it slightly more seriously,” Schefkind mentions in her blog.

A Guide on How to Care for a British Shorthair

A Guide on How to Care for a British Shorthair

Around 130,000 dogs are sent to dog rescue centres each year in the UK in hopes of finding forever homes. Help them start a new and fruitful life by … END_OF_DOCUMENT_TOKEN_TO_BE_REPLACED 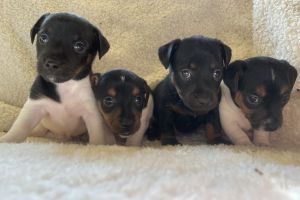 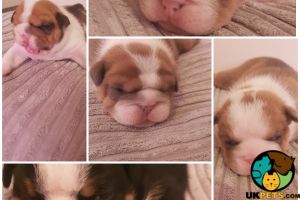 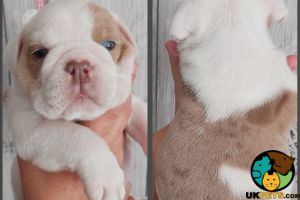 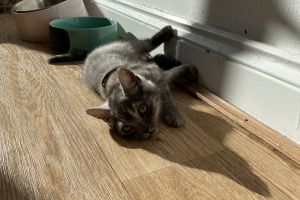