If you think you have the sharpest dog or cat, do the ‘What the Fluff’ challenge and see what happens. Both animals have a well-developed sense of object permanence (an object that disappears after being covered by an obstruction is still there). But as the following funny videos show, they still get confused. To these pets’ credit, some were not as fooled, although their humans’ performance may have influenced the result.

‘What the Fluff’ is all about

What is this most recent social media challenge is all about. It involves the pet owner holding up a blanket in front of the pet. Then, after tossing the blanket upwards, the owner disappears (by making a quick dash) as it falls down to the ground. The effect should make the canine or feline spectator go, ‘What the fluff?’

The clips that you should watch

What the fluff?!😲 〰️ Try this with your pet. Post it, tag me and add #WhatTheFluffChallenge / #WhatTheFluff I’ll be sharing my favourite ones This is where the challenge and hashtag started

This is what happens when the stunt is done right. Smooth disappearance? Check. Dog confused? Check. Chuckle-inducing results? Check.

This one is the feline version of a successful ‘What the Fluff’ video. It’s worth pointing out that the Bengal cat in question is one beautiful representative of the breed.

The “what the fluff” challenge 👀🐶 pic.twitter.com/8Pv4agjKJr

Did you see the pooch do a little hop and a backward slide before settling down to watch his human trick him? This is one sweet (and smart) dog!

A post shared by BilliesAccessories (@billiesaccessories) on Jun 27, 2018 at 4:25am PDT

This trio of pugs are adorable, even if some of them headed the wrong way whilst searching for their ‘missing’ owner!

The clips that did not turn out as planned

Whilst some owners managed to pull off the prank splendidly, some experienced unexpected complications that sabotaged the trick. But it appears that the mishaps only made their attempt funnier!

this is namjoon seeing the whatthefluff challenge and deciding to do it with yoongi, hoseok and taehyungs dogs pic.twitter.com/jibGz7x6hg

Something else other than the blanket fell, to humorous effect, in this bungled attempt.

So I was trying to do the what the fluff challenge but my dog hates me. pic.twitter.com/LzFKfKq2de

This is what happens when you fail to establish eye contact first.

I tried the #WhatTheFluff challenge with my dog. Good thing I love her pic.twitter.com/eyAgUKRkvi

In this owner’s case, she probably chose the wrong time of day to pull off the prank. Timing is key.

Tried the #WhatTheFluff challenge but accidentally told my dogs to stay… so they stayed they listen too well smh pic.twitter.com/ZSA9CXBzQp

It’s wonderful that these dogs are obedient. Too bad it doesn’t make the prank fly. But it’s impressive how these dogs, especially the German shepherd, managed to stay still as statues!

Which one was your favourite clip? Have you carried out this stunt on your pets already? Let us know what happened!

The winter season does not only bring in a festive ambiance and cold weather. It also drags along a number of threats that can endanger our dog’s … END_OF_DOCUMENT_TOKEN_TO_BE_REPLACED 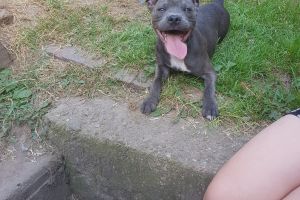 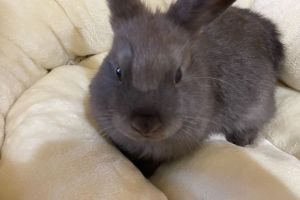 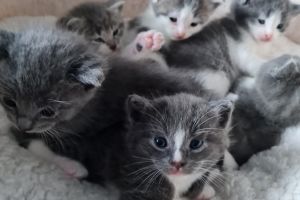