What breed of cat is fluffy? Prepare your heart for cuteness overload, as fluffiness does not only exist in one adorable cat breed. Here is our list of the top 20 fluffy cat breeds that will undoubtedly melt your heart.

The Exotic Shorthair is a fluffy cat breed that was created by crossing the American Shorthair with the Persian cat. Other breeds, particularly the Burmese and Russian Blue, were added to her lineage to give her a short coat.

Although this breed does not have long hair, she is still a fluffy cat nonetheless. The Exotic Shorthair cat’s coat is very plush, making her look chubby and round. It is also worth noting that her hair is slightly longer than most short-haired cat breeds.

One of the fluffy cat breeds is the Japanese Bobtail. She has a soft and silky coat that can either come in short or long lengths. The breed is known for her naturally short and stumpy tail.

As the legend goes, the cat’s tail accidentally caught fire whilst asleep. In a panic, she ran around the village, which caught fire and burned down.

The Japanese Emperor was enraged upon looking at the aftermath. To prevent the accident from happening again, he commanded to chop off all tails of cats. This was how the Japanese Bobtail came to be.

However, the truth is far from this fictional story. The reason behind the short, bushy tail of this fluffy cat breed is simply genetic mutation.

The short-legged Munchkin cat is also one of the fluffy cat breeds. Her coat can come in 2 varieties: short and plush or semi-long and silky.

Did you know that Munchkin cats also have different variations when it comes to their short legs? There are 3 categories, which they can be classified into: standard, super short, and rug hugger.

Despite the peculiar shortness of the Munchkin cats’ limbs, they do not have abnormalities concerning their bone and joints. Thus, health problems relating to these aspects are less likely to happen.

The Selkirk Rex is renowned for her teddy bear appearance and thick, curly hair. What’s unknown to many is that this fluffy cat breed can sport a straight coat.

The Selkirk Rex’s fur can also be either long or short in length. Long-haired Selkirks possess long ringlets, whilst their short-haired counterparts have short, tight curls. This feline’s distinct fluffy coat earned her the moniker “Sheep Cat.”

The Cymric cat is closely related to the tailless Manx cat. She has nearly the same appearance as her sister breed. However, her coat differs from the Manx cat as it is longer.

This fluffy cat breed originated from the Isle of Man. The Cymric cat has long existed, but she was considered undesirable because of her long coat.

Fortunately, breeders have, later on, taken a liking to this fluffy cat and decided to develop her. When the Cymric cat was first exhibited, cat fanciers called her Mutant Manx. Others prefer to name her Long-haired Manx.

It was not until the mid-1970s that these long-haired cats were officially called Cymric. They were named after Wales, which is known as Cymru in Welsh.

The Turkish Angora breed faced extinction after she was indiscriminately bred with other felines. Thanks to the efforts of the Turkish government and the Ankara Zoo, this fluffy cat breed was revived.

They set up stringent breeding programmes to protect Turkish Angoras from getting wiped out.

Although the Turkish Angora is not as rare as she used to be, she continues to be uncommon. On a brighter note, this fluffy cat now has a decent following of cat fanciers all over the globe.

The Turkish Van is also known as the “Swimming Cat” for being a big water aficionado. Her fluffy coat is not just for mere aesthetic. It has a cashmere-like texture and water-resistant, allowing her to swim for long periods.

Experts and cat lovers alike remain clueless as to why this fluffy cat breed loves to swim. Some speculate that the hot temperature in Turkey gave her no choice but to wade in the water to cool down.

The Birman is a fluffy cat breed with a pale, silky coat and dark coloring on her ears, face, legs, and tail. She has beautiful blue eyes and 4 purely white paws.

The Birman cat is also called the “Sacred Cat of Burma.” According to legends, the golden goddess named Tsun-Kyan-Kse bestowed her beautiful appearance.

Birman cats were kept in temples and lived with priests. It was a popular belief that priests who passed on to the afterlife were reborn into these fluffy cats.

In the dawn of the Second World War, much like most cat breeds, the Birman cat was almost on the brink of extinction. So much so that only one pair of Birman cats were left.

Breeders struggled but did their very best to save the breed. Their years of efforts did pay off, but the numbers of this fluffy cat breed remained scarce.

The long-haired version of the Abyssinian, the Somali cat has a long fluffy coat with bands of color on each hair. She has around 6–24 bands of color sections alternating from root to tip.

Somali cats’ coats commonly come in a variety of colors. These include fawn, red, blue, or ruddy-colored coats. Some have silver, tortoiseshell, and tabby-ticked coats, which are uncommon in the breed.

Along with their unique coats, their bushy tails have captured the attention of cat fanciers. These characteristics resemble a particular wild animal, hence this fluffy cat breed was nicknamed “Fox Cat.”

The Ragdoll is a fluffy cat breed with a dense and silky colorpointed coat. She is also known for her bright baby blues and sweet personality.

Ragdolls are easy-going feline friends who enjoy life as it comes. Unlike other cat breeds, these fluffy cats don’t mind being handled. Going limp and relaxed when held is one of the most distinguishing traits of this breed.

The Ragamuffin is a breed inspired by the Ragdoll cat. She has a voluminous coat that turns bushier around the neck, making her appear to have a mane.

The fluffiness of the Ragamuffin’s coat will give any cat lover the urge to cuddle her. And because her temperament is just as soft as her gorgeous coat, this fluffy cat breed has no qualms about being picked up and hugged.

The Highland Fold is the long-haired variety of the Scottish Fold. Both are considered different breeds. However, Highland Fold cats have the same coat colors and patterns as their short-haired counterparts.

These medium-sized domestic cats have sturdy round bodies, big round eyes, and fluffy tails. They are popular for their unique folded-over ears, which are caused by a natural genetic mutation.

The Persian cat is a fluffy cat breed whose body is covered with a long, glossy coat that is soft to the touch. Unfortunately, this is a coat that requires tedious responsibility.

Since it is quick to mat or tangle, her coat requires daily regular grooming to keep it straight and smooth. This is the biggest reason why this popular cat breed is high-maintenance.

The Chinchilla refers to a specific type of Persian cat. She has a luxurious coat that is similar to that of the chinchilla. Her white fur is tipped with silver and gold, earning her the nickname “Silver Persian” in the United States.

This fluffy cat breed does resemble the Persian cat; however, she has her own uniqueness too. The Chinchilla cat has softer features compared to the Persian cat.

Her eyes come in colors of blue and green. They are kohl-rimmed as if she is wearing an eyeliner, giving her a slightly surprised look.

The Himalayan cat is a long-haired breed with a full fluffy coat. This beautiful feline was a result of an experiment that involves crossing the Siamese and Persian cats.

The purpose at first was to study how the colorpoint gene is inherited. Seeing that the experimentation led to a creation of a new breed, breeders jumped in the opportunity to develop it.

Thus, they were able to create the fluffy cat breed—the Himalayan. She is an adorable feline with a Persian’s body and a Siamese’s pointed coloring.

British Longhair cats are wonderful feline friends. Calm and laid-back, they are simply content in relaxing beside their human companions.

The American Longhair cat is a result of experimental breeding between an American Shorthair and a Persian cat.

The American Longhair cat is a well-muscled feline sporting a medium- to long-length double coat. This fluffy cat breed is sometimes confused to be a Domestic Longhair cat. However, these felines are both different from each other.

The Norwegian Forest Cat is a fluffy cat breed with a muscular body and bushy tail. Her feral appearance brings up the idea that she is a descendant of wildcats.

But, in truth, this fluffy feline comes from a long line of domestic cats. Some speculate that Norwegian Forest cats are descendants of short-haired breeds.

These fluffy cats had to adapt to the cold climate of their native land, Norway. Thus, with time, Norwegian Forest cats developed long and weather-resistant coats to combat the chilly winter season.

The Siberian cat originated in the Siberian region of Russia. Her land of origin is well known for its freezing sub-zero temperatures and harsh winters.

This fluffy cat breed slowly adapted to Siberia’s cold climate to survive. Over time, the Siberian cat developed a long triple-layered coat. Dense and weather-resistant, it keeps her warm amid the cold wind and snow.

The Maine Coon is not only the fluffiest but also one of the most popular breeds. She is dubbed as the “Dog of the Cat World” for her sociable and people-loving personality.

Aside from the sweet and mellow temperament of Maine Coons, they are also well-loved for their elegant looks. These long-haired cats come in a wide variety of colors and patterns including tortoiseshell and calico.

They have large beautiful eyes that can melt anyone’s heart. These usually come in colors of green, copper, or gold. However, it is not uncommon for Maine Coons with bicolored or white coats to have blue eyes.

What breed of cat is long-haired?

Most of the fluffy cat breeds in our list are long-haired including the Maine Coon, Persian cat, and Norwegian Forest Cat. Some breeds particularly the Japanese Bobtail, Munchkin cat, and Selkirk Rex have long-haired as well as short-haired varieties.

What breed is a fluffy grey cat?

Grey is not a rare color in cat breeds. However, some felines are more likely to possess this coat color than others.

Some but not all fluffy cats are rare. In our list, the Norwegian Forest cat, Siberian cat, Turkish Angora, and Turkish Van are some of the rarest fluffy cat breeds in the world.

How much does a fluffy cat cost?

Purchasing a fluffy cat from a reputable breeder can be either affordable or expensive. It mainly depends on the breed you choose. Generally, the price range of fluffy cat breeds may run from £200 to over £1,000.

Search and rescue dogs are saving hundreds of lives each year. Do you plan to make your furry pal a part of this heroic brood? Find out if he has what … END_OF_DOCUMENT_TOKEN_TO_BE_REPLACED 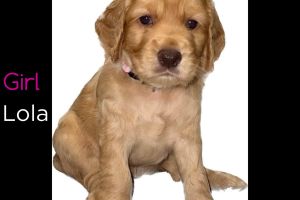 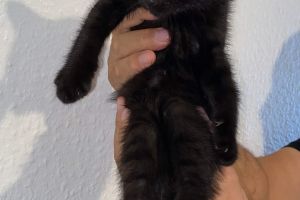 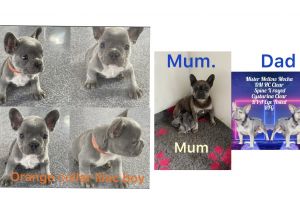 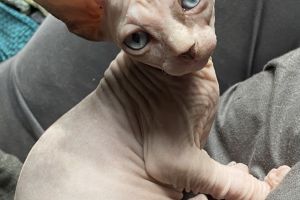