You may like: Pets Are Beneficial to Your Kid (Says Research): 5 Best Pets for Kids

Gerbils are slightly smaller in comparison to hamsters. Excluding the tail, gerbils can grow up to four to six inches, and great gerbils can be as big as eight inches. On the other hand, hamsters vary in sizes. On average, they can only grow up to three to five inches. The Roborovski is limited to two inches long, whereas Syrian hamsters can reach up to six to seven inches.

Further, the average weight of an adult gerbil is 0.15 lbs, whilst adult pet hamsters vary in weight:

Other differences between gerbil and hamster:

Personality and behaviour: Gerbil vs Hamster

Gerbils are the master of their own time. They take naps anytime they feel the need to. They are generally diurnal but when kept in captivity, they can be active day or night. On top of that, they are energetic and fun.

As for hamsters, they are generally nocturnal. They are usually observed sleeping in daytime and active at night-time. In other words, you are likely to learn how to handle pets that might keep you awake at night. That being said, it is best to place them away from the bedroom. One thing that will surely make your hamsters happy is a hamster wheel.

Gerbils are sociable creatures that happy while housed with other gerbils. In fact, they live in a colony in the wild. They thrive well when kept in pairs. Just be sure not to house opposite-gender gerbils together to avoid unwanted offsprings.

Different hamster species have socialisation differences. The Syrian hamster is known for its notorious records in fights when caged with other hamsters. Keep in mind to keep a Syrian hamster alone. Dwarf hamsters, on the other hand, can be kept with their littermates. They are known to be at their best when introduced at a young age. However, it may be a different case for an older dwarf hamster.

Chances of being bitten

Despite looking like rats, gerbils rarely bite. In fact, they like the feeling of being held, which makes them an ideal choice for families with children.

However, hamsters are known to bite more often. They are very much likely to bite when they are woken up from their sleep.

Gerbils can only produce up to six little ones in a single litter. Wild gerbils are seen in colonies in the wild due to constant reproduction (a litter per month). However, this can be avoided in captivity.

Further, hamsters can produce as many as twenty-four offsprings in a single litter, although they differ by breed.

two gerbils in a wood

hamster running in a wheel

Age at puberty: at 10 weeks

The winter season does not only bring in a festive ambiance and cold weather. It also drags along a number of threats that can endanger our dog’s … END_OF_DOCUMENT_TOKEN_TO_BE_REPLACED 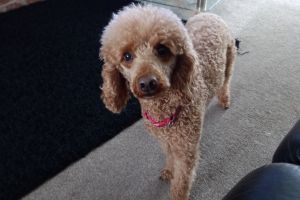 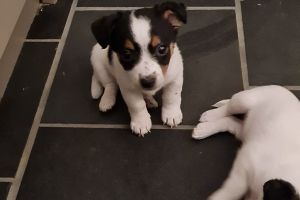 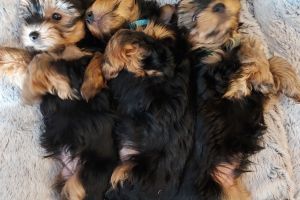 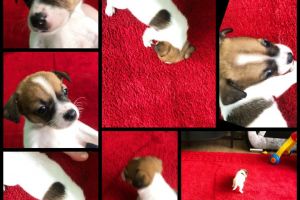