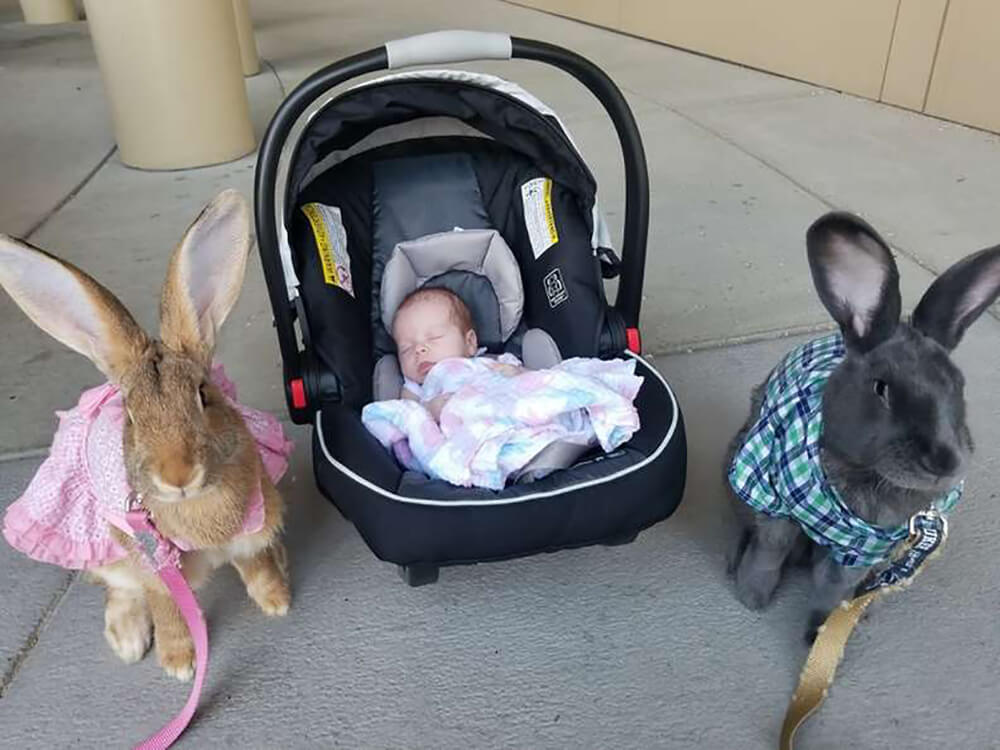 Introducing a new baby into a household with pets can be stressful at times. But luckily for this family, their two Flemish giant rabbits surprisingly welcome their new baby sister to the family. 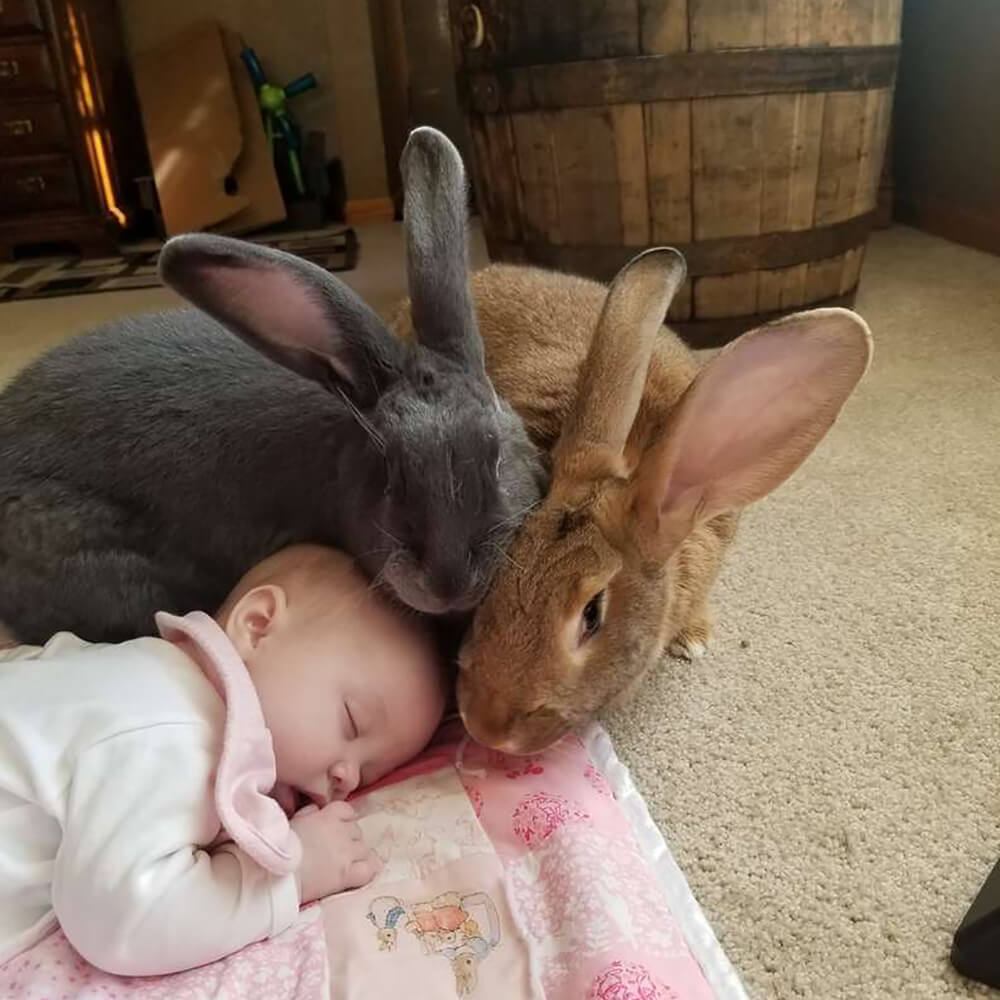 Seeing their new baby sister, Bailey was indeed love at first sight for the giant rabbits, Amelia and Alfie. Suited up in their best outfits, the two posed proudly beside Bailey’s carrier as their mom, Jenn Eckert, snapped a photo of the beautiful event. Their giant rabbit ears are almost as big as Bailey, but nothing can compete with their obvious adoration for her.

The two giant rabbits may be nonchalant at times, but whenever their precious sister is in the room, they definitely become affectionate older brother and sister. Eckert shared how Alfie tried to jump into the car seat while Amelia just sniffed. “They were both so gentle, though, so I knew they would be best friends,” Eckert added affectionately.

For Amelia and Alfie, Bailey is the centre of their attention. Both of these giant rabbits would sprawl out beside her while she is fast asleep. Eckert also shared how they would sometimes hover around her which shows they see her as someone important to protect.

Life Lessons from the Giant Rabbits 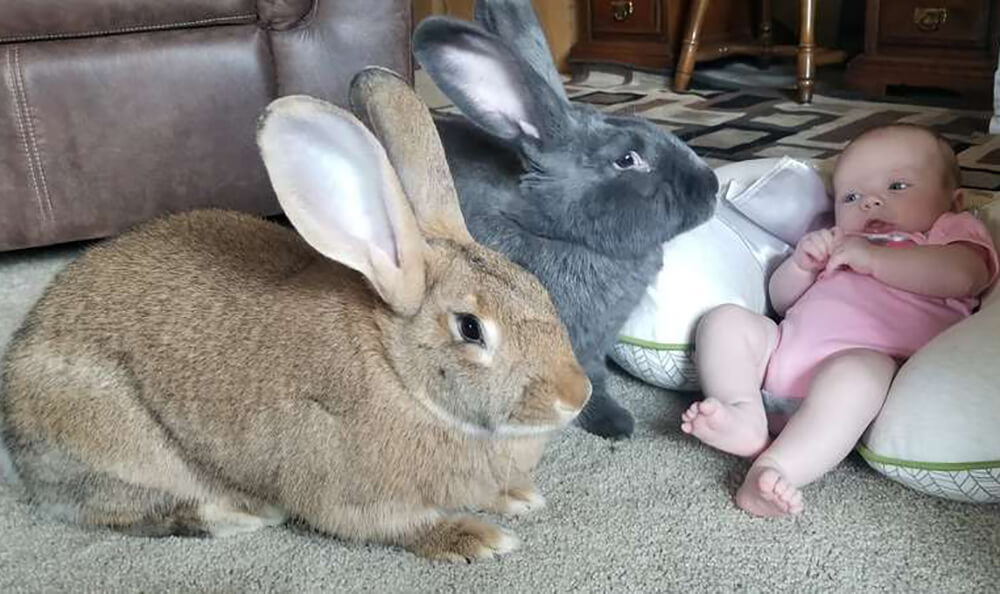 Aside from showering her with love, the two bunnies are also starting to teach Bailey important values in life. For instance, they slowly help her learn how to establish friendship by being kind and caring. One of the facts about rabbits is that a Flemish giant rabbits’ weight can reach more than twenty pounds. Hence, that makes the two rabbits the perfect-sized friends for Bailey.

Eckert fondly narrated that Bailey would usually roll over just to watch her two bunny siblings hop into the room. Feeding Amelia and Alfie treats have become an activity that she especially enjoys.

Other than her family, Bailey has her two zealous giant bunny friends that keep watch over her. Alfie would thump if Bailey is crying. It may be his way of showing disapproval towards the person or object that made his little sister upset. Both of them tend to sniff Bailey just to check if she is awake. 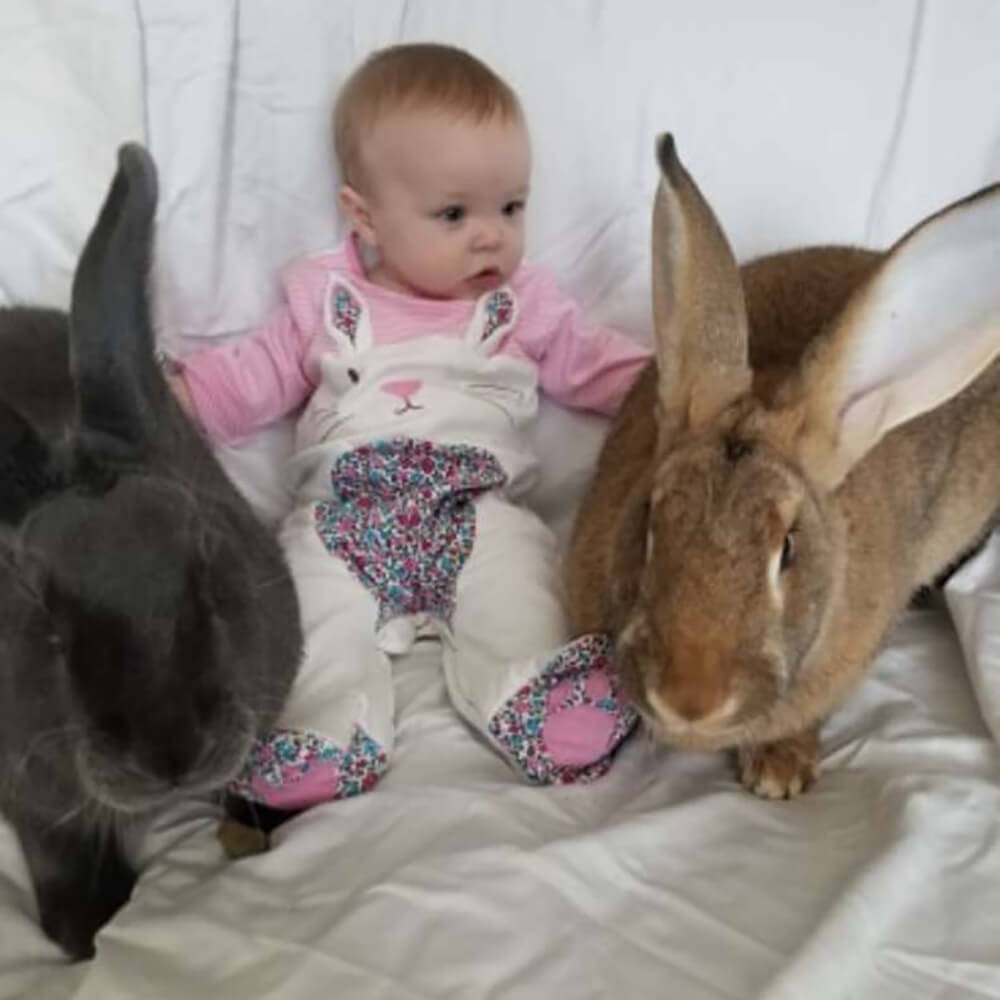 Tragically, some rabbits are either abandoned or rehomed by their pet owners as soon as there is a new addition to the family. They believe that bunnies do not get along well with children.

Taking care of a rabbit does require adult supervision especially when there are kids around, but that doesn’t mean they don’t get along. Rabbits have lots of love to give too just like any other pet.

In order to prove this, Eckert started training Alfie and Amelia as official therapy rabbits. Since they were so gentle towards Bailey, Eckert knew they are also capable of showing affection towards other people. They are now working with Pet Partners, a non-profit organisation that offers animal therapy which also includes horses, cats, birds, and dogs.

The giant rabbits already have their fair share of experience at home. Plus, they have been equally affectionate when they participated in the hospital’s practice runs. To further improve Alfie and Amelia’s progress, Eckert would constantly check their therapy and their shenanigans at home with Bailey on a Facebook page called Rabbitat For Humanity.

Eckert has a deep affection for her giant rabbits since they became a source of strength. For instance, five years ago, she was heartbroken when her mother died. Through the support of her husband and Betsy, their newly adopted bunny at that time, she was able to overcome that difficult time. 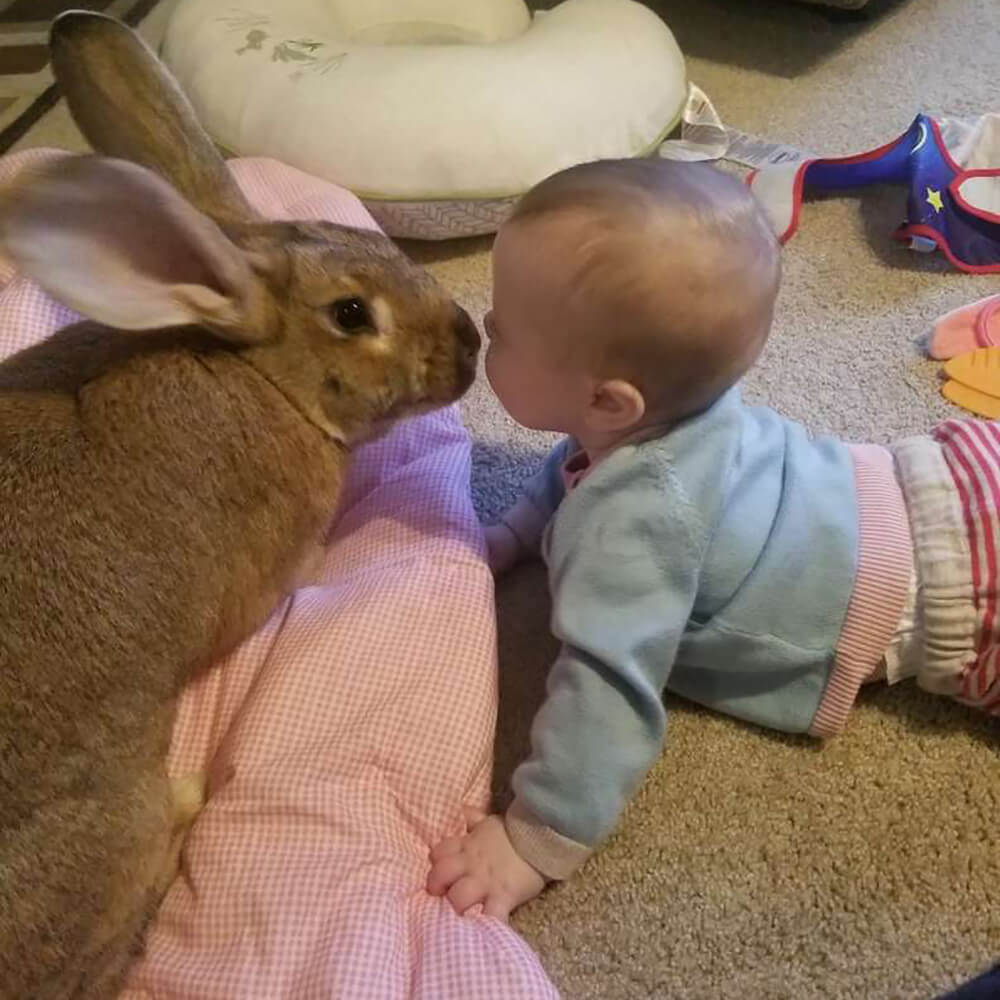 Eckert thinks that maybe people have taken an interest in rabbits since they are uncommon pet to keep in the household when there is a baby around. She narrates, “With Bailey, I now get to show people that just because you have a baby does not mean you can’t keep your rabbit. I continue to promote rabbit therapy, as it shows how great they can be with kids.”

She also added that through her daughter and two giant bunnies’ budding friendship, she was given the chance to educate people about rabbit care. Eckert stressed that bunnies are not animals that you can just put away in some cage. They must be allowed to freely explore the house since it allows them to have ample time for exercise and socialisation. 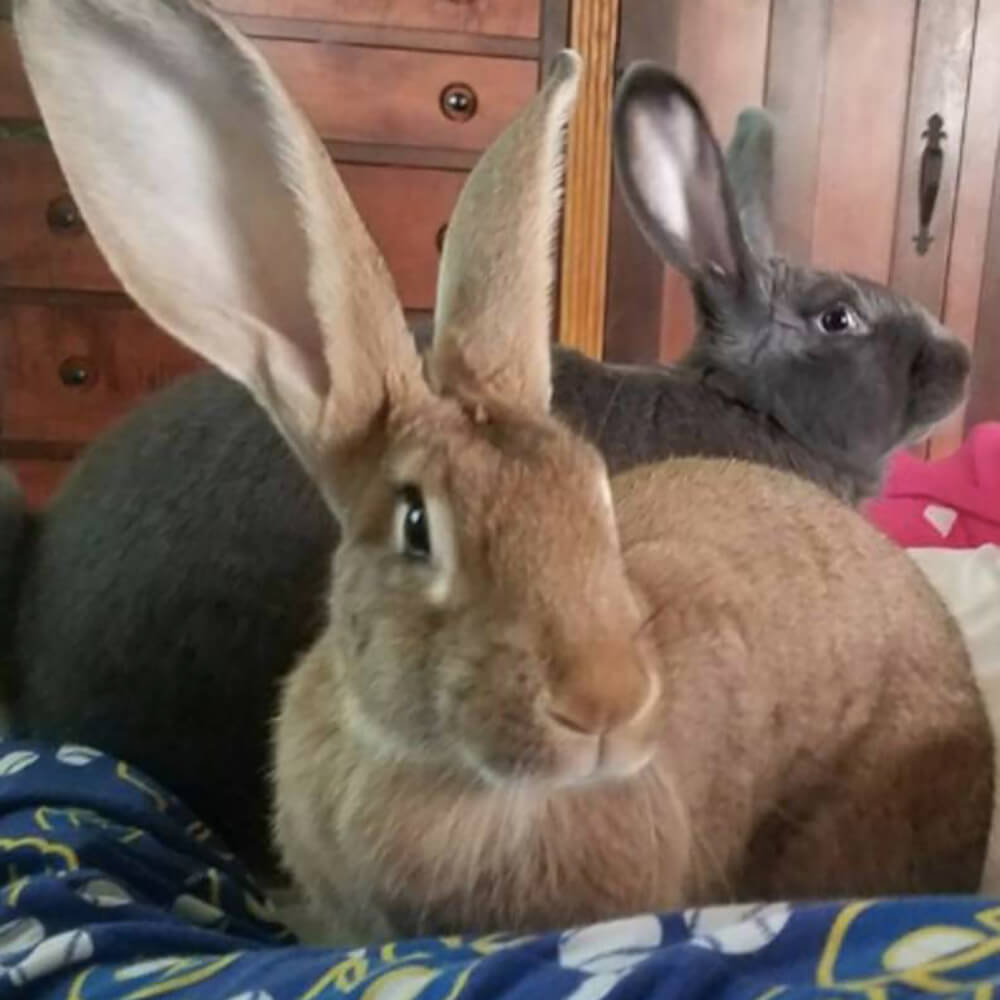 Rabbits have a lifespan of ten years and are extremely intelligent creatures. They love to build a close bond with their human families and bunny partners. Although rabbits dislike being picked up because they are prey animals, oftentimes, they are happy just by simply sitting next to their trusty pet or human companion.

Considering getting a pair of rabbits as a pet, read The 6 Most Loved Rabbit Breeds. 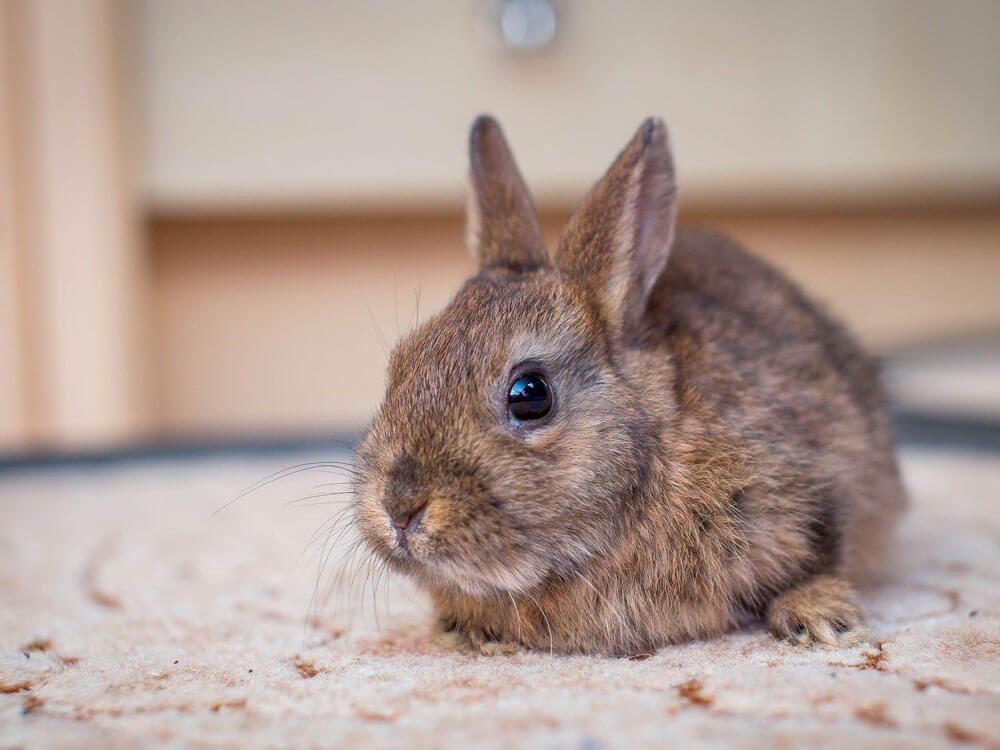 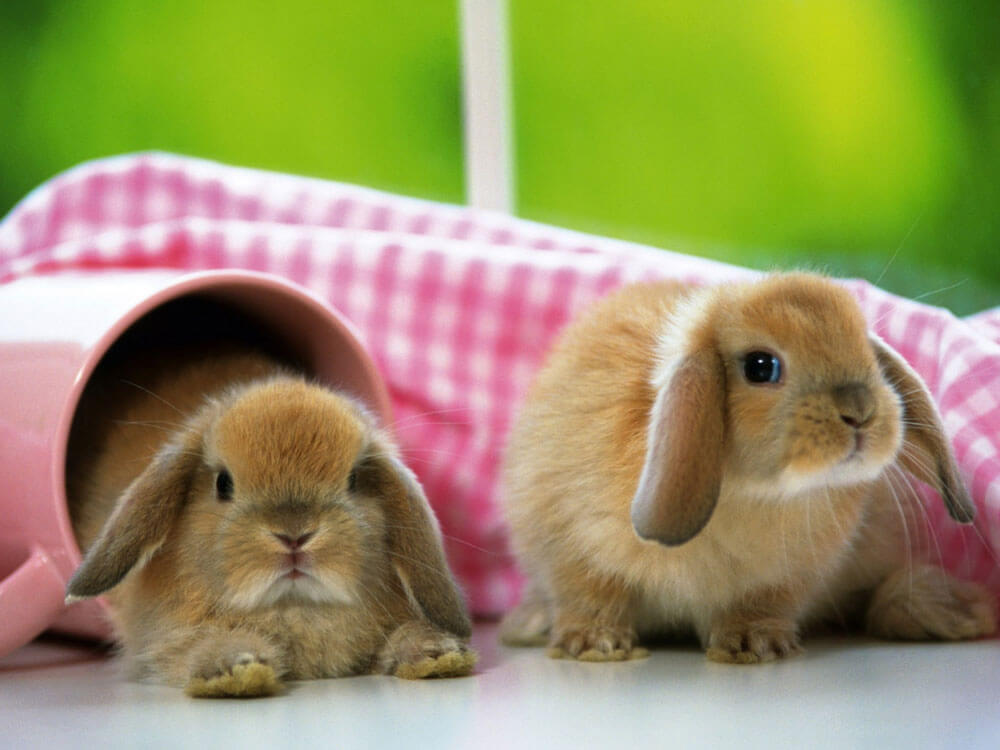 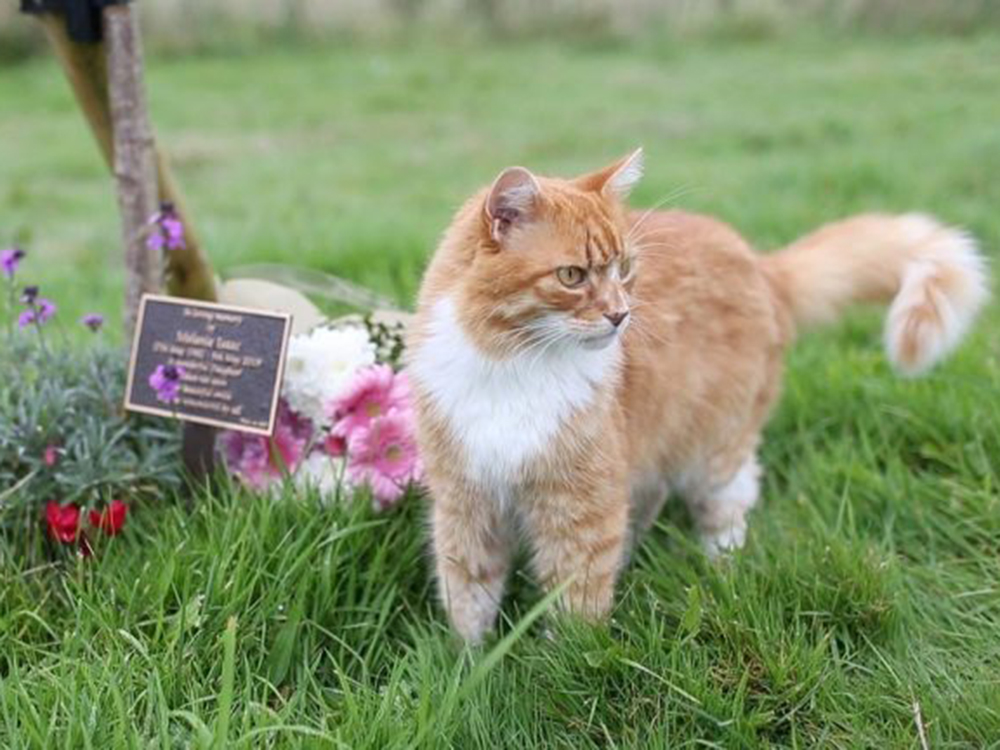 Many people are astounded by Paddy, the “funeral cat” who has an incredible feline sixth sense. The kitty seems to show up when the families who lost … END_OF_DOCUMENT_TOKEN_TO_BE_REPLACED 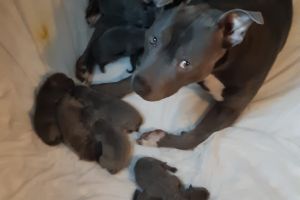 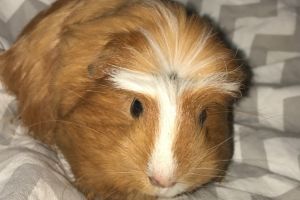 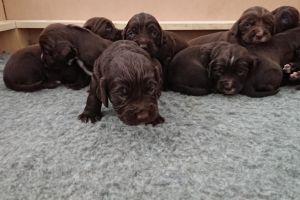 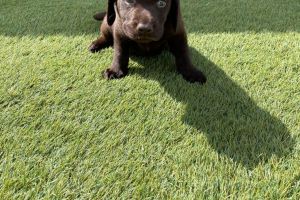