How big do cockapoos get?

A dog’s size plays a big factor when dog owners search for the right canine companion. Of course, you would want a pooch that fits right in your lifestyle and your home. If you have your eyes set on getting a cockapoo, you may be curious on how big he gets and when he will stop growing. Know the answers to your questions by reading on.

The cockapoo has four variations according to size, namely the teacup, toy, miniature, and standard or maxi cockapoo. Since the dog is a mixed breed, there is no set standard size.

His parent breeds come in different size variations as the standard poodle, miniature poodle, and toy poodle. Meanwhile, the cocker spaniel comes in small and large sizes. However, there is an approximate sizing of each variation when they are fully grown.

When does a teacup cockapoo stop growing?
Generally, small breeds grow faster than larger breeds. A teacup cockapoo becomes fully matured once he has reached nine to twelve months old.

How big does a toy cockapoo get?
The adult toy cockapoo’s size is approximately 9–10 inches from paw to shoulder. He can weigh up to 12 pounds at maximum. This variation of the breed is slightly larger than most people would expect. Similar to the teacup cockapoo, he is also mainly developed to be a lap dog.

When does a toy cockapoo stop growing?
Although the toy cockapoo appears to be a bit larger, his size is still in of a small breed. Thus, just like the teacup cockapoo, he will become an adult once he reached nine to twelve months old. Around this time, his growth will halt.

How big does a miniature cockapoo get?
An adult mini cockapoo may have a height of about 11–14 inches. His weight is around 13–18 pounds. The mini cockapoo is more of an outdoor dog compared to his smaller counterparts.

When does a miniature cockapoo stop growing?
A mini cockapoo will stop growing once he turns about nine to twelve months old, just like the teacup and toy cockapoo. Whilst each variation has a slight difference in size, they are still small breeds.

How big does a standard cockapoo get?
The average height of a fully matured standard or maxi cockapoo is about 15–18 inches. He may weight up to 19 pounds. Similar to the miniature cockapoo, the standard cockapoo prefers lounging outdoors than being cooped up indoors.

When does a standard cockapoo stop growing?
Generally, the standard cockapoo will have reached adulthood once he turns nine months old. However, he may continue to fill up until he reaches between ten and twelve months after that will cease growing.

What affects your cockapoo’s growth?
There are various factors at play that heavily influence your cockapoo’s stage of growth. Below are the most common factors that can affect his weight and height development:

The genes of the cockapoo’s parent breeds have a big impact on his physique, growth period, and final adult size. Since the cockapoo is a mixed breed, the litter’s sizes may vary once each of them becomes grown-ups.

Some may take after the poodle’s slightly bigger size, whilst the others may inherit the cocker spaniel’s stature. To know how likely they are to obtain the size of either parent breed, you should ask the cockapoo puppy’s breeder.

The diet of your cockapoo is very important for him to attain the appropriate size for his breed. Lack of proper nutrients and minerals will result in stunted growth. Your cockapoo’s diet should be tailored according to his breed, age, size, and energy level.

Consulting the vet will help you select the right food and create a balanced diet for your dog. Monitoring his food intake is important as well to prevent overfeeding, as it can lead to obesity. Gaining too much weight can cause detrimental growth spurt to your cockapoo. This may result in structural issues on his bones once he reaches adulthood.

A cockapoo puppy requires an ample amount of exercise to strengthen his growing body. Daily exercise is a must; however, it should not consist of strenuous activities which include prolonged jogging or excessive jumping up and down on the stairs or furniture.

These may negatively affect his bone development. Experts advise dog owners to take their puppies on short walks and to exercise on softer surfaces such as grass or sand.

Want to learn more about this wonderful breed, read the cockapoo breed information.

Why Is My Dog Losing Weight? Your Question Answered

Why Is My Dog Losing Weight? Your Question Answered

Search and rescue dogs are saving hundreds of lives each year. Do you plan to make your furry pal a part of this heroic brood? Find out if he has what … END_OF_DOCUMENT_TOKEN_TO_BE_REPLACED 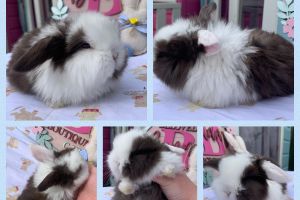 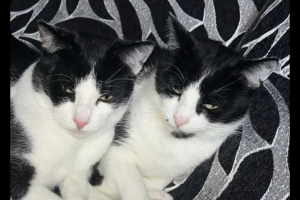 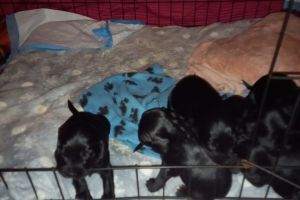 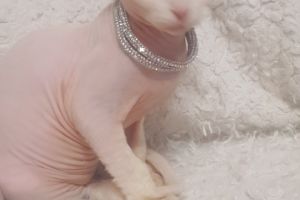