Guy Markle is just one of the Duchess of Sussex Meghan Markle’s two pet dogs. He was previously pictured riding a car with the Queen herself on the day of his master’s royal wedding. But why is he the only pooch in the spotlight? Better yet, why are there many news headlines about this Beagle?

Owned by the Duchess of Sussex is not Guy’s only claim to fame. His adoption story is the heart-tugging kind that deserves to be shared.

The Dog Nobody Wanted

In 2015, when he was still 3 years old, Guy the Beagle was found wandering alone in the woods in Kentucky, USA. Although a shelter took him in, he was put on the euthanasia list after a number of days. Nobody wanted to adopt him and no one went to claim him.

The shelter did not give up on the pooch. The establishment sent an email to another canine rescuer in Canada, Dolores Doherty, who runs A Dog’s Dream Rescue. The organisation is focused on saving Beagles in the US on the euthanasia line-up. It brings the hounds over to Canada for adoption.

According to Doherty, she said yes when he was asked if she would take in Guy. “I can’t say no. I’m a sucker,” she said in an interview.

It took a number of volunteers to bring Guy all the way from Kentucky to Canada (about 804 kilometres). Each of them drove him for about an hour to relay the pooch to the next volunteer until he reached his destination.

A New Hope in Meghan Markle

Within 24 hours after arriving, the hound was brought to an adoption event in Toronto. It was organised by Ontario-based store Pet Valu and Doherty’s rescue group. “He was just sitting there with those big beagle sad eyes, looking so depressed. He was irresistible,” Doherty remarked.

It was at that event that the actress saw the dog. She was residing in Toronto at that time because of her work in “Suits,” the TV series. Markle was looking for a second rescue dog to keep her first one, Bogart, company. After doing a two-dog walk and liking the experience, the 36-year-old finalised her decision to take in Guy.

Interestingly, Markle was keen on meeting a different Beagle at the event. She turned to other options after seeing the first choice was not a good match for Bogart. And that was when Guy caught her eye.

“From what we hear, it was pretty much love at first sight,” revealed Pet Valu’s marketing manager, Alison Preiss.

Doherty attempted to arrange for a home visit as part of the adoption process. She was unaware of Markle’s celebrity, though. Regrettably, she never got to do the home visit. She later followed the pooch’s activities on the actress’ Instagram, which was deactivated in late 2017 after the engagement.

Rescue Dog Finally Gets a Home (and a Name)

The Beagle was then brought to the actress’ Toronto home after completing the necessary steps for the adoption. At this point, you may be wondering how the dog got his name.

“I was waiting in Milton [Ontario] for him to be driven up,” Markle shared in a past interview. “His paperwork from the pound just said, ‘The little guy.’”

“I tried [some names] but he wasn’t responding to anything,” she went on. “So I said ‘little guy.’ …I think he was so used to people calling him it that he responded.”

More than 2 years after adopting Guy, Markle moved to the UK in the wake of her engagement to Prince Harry. Unfortunately, she was unable to bring Labrador-Shepherd cross Bogart with her as he was too old to travel. She left him in the care of a very close friend instead.

Doherty observed that although Guy may miss his old home and friend, he will thrive in his new royal accommodations. She noted that Beagles are a very adaptable breed.

Judging from his recent antics at Prince Harry and Meghan’s wedding, it appears he is taking to his new environs nicely. The Queen sharing a ride with him was a lovely gesture of support and confirms his royal pet status.

Further, he reportedly entertained the guests by “lapping up any spilt canapes” at the wedding reception.

From the canine equivalent of death row to a royal life—what a journey!

Although Guy is now amongst the most famous rescued dogs, he is not the only one with an amazing story. Other adopted dogs have had beautiful turnouts.

By adopting, you can make a difference in a dog’s life. And by doing so, your life will also transform. If you are looking for a canine friend, take a look at these available dogs for adoption.

Many dogs love bananas. Can cats have bananas too, or should pet parents keep these fruits to themselves? Evaluate the benefits and risks of feeding … END_OF_DOCUMENT_TOKEN_TO_BE_REPLACED 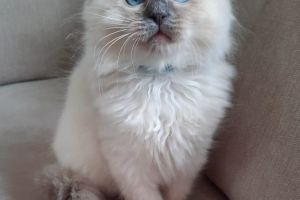 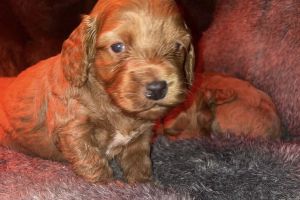 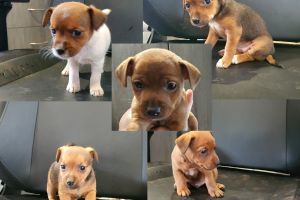 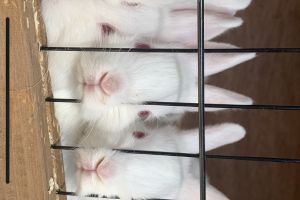