A small dog with lots of love to share, the French bulldog is becoming one of the most favourite breeds in the UK. Are you looking forward to welcoming a Frenchie into the family? Before you go searching for one, it is imperative to know how much are French bulldogs as they can be highly expensive.

How much are French bulldog puppies?

The price varies depends on many factors. The price tag for a Frenchie puppy can be quite steep. You may need to pay around £1000–3000 for a well-bred Kennel club registered French bulldog puppy. The expensiveness of the breed is partly due to how costly it is to produce and raise them.

Additionally, there are only a few French bulldog breeders whilst there are many dog lovers who want one. These factors drive the prices even higher.

How much is a French bulldog C-section?

How many litters can a French bulldog have?

The French bulldog should only have four litters overall. Limiting the number of litters is important to safeguard the dam’s health. Be sure to ask the breeder how many litters the dam has produced before buying a French bulldog puppy. If it is more than four, it is highly likely that you are buying from an irresponsible breeder.

How many puppies does a French Bulldog have?

On average, the number of puppies that a French bulldog can have is three. On some occasions, there may be four puppies in total. Birthing five or more puppies is a very rare occurrence.

Where should I look for a French bulldog puppy?

Searching for a reputable French bulldog breeder is very important. Since the breed is high in demand but also lack in supply, shady people tend to take advantage of the situation.

Some businesses such as backyard breeders and puppy mills will irresponsibly breed French bulldogs. Meanwhile, others will resort to puppy smuggling. Puppies from these trade are lowly priced but have several drawbacks, such as being sickly or aggressive to people.

To find a trustworthy breeder, you may ask for referrals from the vet, the groomer, or other dog enthusiasts. You can also try visiting local breeding organisations and dog shows. UK Pets allows you to search based on your location. For example, French Bulldogs for sale in London.

Reputable breeders are meticulous when it comes to producing and raising dogs to ensure that they are of the best quality. Here are other signs that you should look for in responsible breeders:

Aside from the supply and demand and high charges for breeding and looking after French bulldogs, there are other factors that affect the cost of the breed. These include:

Note that there may be a big price difference between puppies. Many times, this is because of their show quality. They may possess rare physical traits that make them highly valued.

However, this doesn’t mean that the cheaper puppies are not worth investing in. Responsible breeders always ensure that all their puppies are healthy and well-socialised. French bulldogs that are primarily bred to be companion dogs are just more affordable than those that are bred for show.

Are there other alternatives where I can find a French bulldog puppy?

Countless dogs need a forever home, so why don’t you consider adoption? It is a lot cheaper than purchasing from a breeder. Most establishments will only charge a couple of hundred pounds.

Meanwhile, others give their dogs for free and only ask for donations. These places are worth visiting if you opt to adopt a Frenchie:

Keep in mind that all dogs found in these places may vary in temperament and behaviour. As for the French bulldogs’ case, most of them are given up for adoption because their vet bills are extremely expensive.

Does my French bulldog’s health affect my yearly expenses?

Your dog’s health can greatly affect the state of your purse. The French bulldog is prone to certain illnesses since it is a brachycephalic or flat-faced breed. Being knowledgeable about the common issues found in French bulldogs will help you detect early signs of illnesses. Below is a list of the health issues that a French bulldog is susceptible to:

Identifying health problems during their early stages will make it easier for the vet to provide immediate treatment. This will not only save you money but also your dog’s life.

However, prevention is always better than cure. Thus, you should bring your French bulldog to the vet regularly for check-ups. Early health checks and screenings and vaccinations should be done as well.

How much does it cost to insure a French bulldog puppy?

Having your French bulldog insured will save you from shelling out thousands of money during emergencies. If you opt to get pet insurance, a monthly premium will cost you, on average, £54 a month or £648 a year. It is advised to have your Frenchie health tested to avoid any unexpected cost at a later stage.

How much does it cost to keep a French bulldog puppy?

Generally, the first year of dog ownership is more expensive than the rest of the expenses of the oncoming years. This is because you are buying the basic items and necessities that your dog needs. The list below shows the expenses you may incur on your first year of owning a dog:

Are there other extra expenses when raising a French bulldog?

Sometimes you have to fork out additional money for your dog when you are in a bind. Check out these dog services below which you may need in the future:

If you are too preoccupied to take your dog for a walk, you may avail of these services. Dog walkers charge about £5–£20 depending on your location. Whilst doggy day-care charges approximately £10–£30 per day.

Faraway holiday and business trips may push you to leave your dog at home or in a boarding kennel. If you hire a pet-sitter, you may pay around £25 a day. Boarding kennels, on the other hand, are cheaper as they cost around £17 with additional fees per day.

6 Essential Things to Prepare before Bringing a New Dog Home

6 Essential Things to Prepare before Bringing a New Dog Home

How can I treat my dog for mites at home? Dog owners are looking for natural mite treatments for dogs that have fewer side effects and are gentler on … END_OF_DOCUMENT_TOKEN_TO_BE_REPLACED 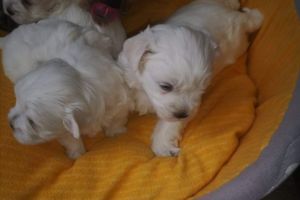 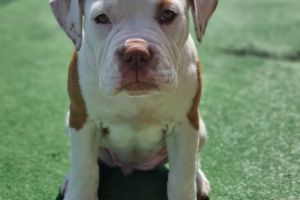 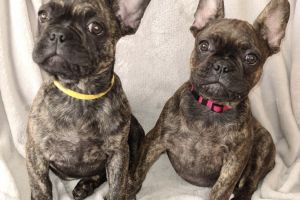 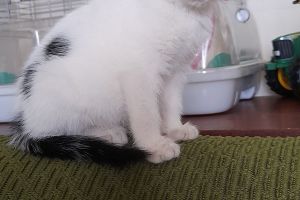