Are you thinking of welcoming a new puppy to your home? Then, the next question to consider should be, “How do you train a puppy?” Training your puppy should commence the moment you bring him at home. At an early age of seven to eight weeks, your puppy is capable of learning simple obedience commands. The following are important training that needs to be introduced to your little fluff:

Raising a puppy involves taking responsibility in moulding him into a good canine citizen. A puppy should have proper and regular socialisation to become a well-mannered adult dog in the future.

The puppy will pick up social behaviours based on his interaction with other dogs. He should be in the company of his mother and siblings.

This is the ideal time to open a new home to a puppy. This is the phase wherein the puppies are mature enough. Puppies can now adjust well to changes, thus basic training may now be introduced.

Let this phase be a positive experience for your pup when they interact with people, other animals, and in other scenarios. He can be easily influenced by his surroundings in this period; thus, in most cases, they leave a lasting impression.

You may now enrol him in essential training sessions and ensure that they are perceived as a happy experience to your pooch.

The preadolescent phase involves the development of his confidence and independence. He may find an inclination to venture new things out of curiosity. It is best to accompany him in this time to form stronger bonds.

In this period, unaltered canines may reach their sexual maturity, with females going into heat. Pets may manifest the same behaviours as human teenagers. Your pooch may find the need to have company. Ensure that he is mentally and physically stimulated with interactive activities and toys.

Congratulations! You have now helped your buddy reach emotional maturity. Some dogs may become aggressive enough to attempt to raise their status in the pack or your household. You may ask help from animal behaviourists or the vet if you are having problems with aggression in dogs.

Similar to humans, puppies exhibit bad behaviours when they grow up. It is a normal course of action to test their limits, and it is the best time to establish what their boundaries are. Prepare yourself how to react when the time comes. So, how do you discipline a puppy? The details below will show you how.

Make him recognise his own name

Keep your dog’s name short and easy to distinguish from other words. You should be able to use his name as a cue to focus his attention on you. Introduce this by giving him a reward when he responds to his name.

Give him his own space

Giving him his own space is one way of establishing a boundary between your things from his. He should have basic things, which include a bed, a crate, lots of toys, and an area of his own when in the company of your family. Make it clear whilst he is young that he cannot play with some objects or in some rooms in the house.

The appropriate time for barking

There are ways to discourage your pooch from barking excessively, but with puppies, you should not restrain their natural instinct to bark. However, it is still important to let them understand how to keep their voice down when barking is a nuisance.

At times, dogs may find the urge to take or snatch things they find interesting out of instinct. Teach your puppy what is allowed and not allowed. Introduce this by giving a reward for every good behaviour that he has executed. Reward-based training will help him realise that there are bad choices that he may have done as well as acknowledging good behaviours.

Be firm and consistent in teaching him that no means no or to stop what he is doing. It is best to that you follow through with the command every time. When you do not implement the rule in some instances, you are confusing him with your commands. All members of the family should also comply with the rule to avoid confusing the pup.

Food-lure training can be very effective in training puppies and even dogs.

How do you train a puppy to sit?
Stand in front of your puppy whilst holding a treat as a lure. Place it in front of his nose and raise it above his head. That position should encourage your dog to look up with his bottom touching the ground. Once the action is achieved, give him the treat as a reward. The same process should be repeated until the command is fully grasped.

How do you train a puppy to come?
The ‘recall’ command is helpful in certain situations wherein you need to call his attention. You may use his name as a code or the word ‘come.’ Prepare a quiet room or any area that is comfortable. Sit with your puppy, and before giving him a treat, say the command word. Be sure that every time you say ‘come,’ you give your puppy a treat. Keep doing this process over again until the command is fully grasped.

Did you give these tips a try? We would love to hear how it went! Share it in the comments below!

Socialising adult dogs may seem like a daunting task as some full-grown pooches are set in their ways. However, all hope is not lost. There are many … END_OF_DOCUMENT_TOKEN_TO_BE_REPLACED 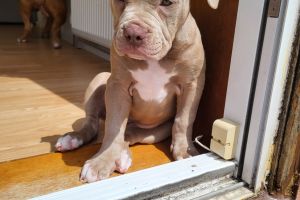 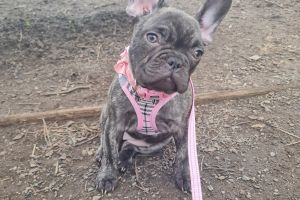 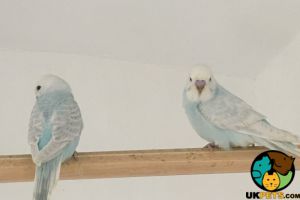 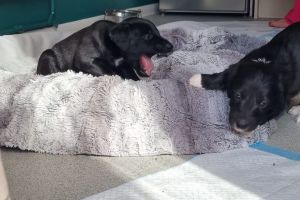