Is an American Bully a Good Family Dog?

American Bully is a heavy-boned dog with an intimidating demeanour. The breed’s unapproachable appearance often brings up this question: “Is an American Bully a good family dog?”

Made to Be a Man’s Best Friend

American Bullies sport furrowed faces and bulky bodies that exude immense power. But this doesn’t mean they are aggressive dogs with bad intentions. As the age-old idiom says, “Don’t judge the book by its cover.”

“American Bullies are inherently aggressive” is a common misconception. These dogs were not bred to terrorise people. They are gentle and soft-hearted companion dogs. Their main purpose is to provide love and solace to their family.

Now that is said, it’s time to address one of the most common questions of the breed: “Are American Bullies good house dogs?” Yes, American Bullies make great family pets because they are naturally sociable and easy-going with humans. Their high-spirited and tolerant temperament also lets them bond well with children.

Compared to other breeds, American Bullies can put up with children’s roughhousing and mischief. Ear tugging and tail pulling, which may irritate some dogs, won’t offend the American Bully. But children still need to be taught how to treat their canine companions well to avoid accidental injury.

Beware of the Cuddle Bug

Do American bullies like to cuddle? Yes, they do! American Bullies are more than willing receivers of cuddles, belly rubs, and head pats. They are not called lapdogs for no reason. These adorable pooches also love to trail after their family members, curious as to what they are up to.

The American Bully breed wants to be a part of the family, and it brings him happiness to interact with his loved ones. Note that lapdogs are more prone to separation anxiety. Although there are not many reports about this behaviour problem in the breed, it is still good to take precautions.

Thus, American Bully puppies must be trained and accustomed to being left alone once in a while. However, their need for human companionship should not be neglected. They must have ample amounts of time to play and bond with their family members daily.

The sweet and eager-to-please personality of the American Bully is slowly winning many hearts of dog lovers around the world. Despite this good news, plenty of people still have a skewed view of the breed. Others might still ask: “Are American bully dogs dangerous?”

As we have learned, the American Bullies are not aggressive nor are they dangerous dogs by nature. However, why are they stereotyped as one? The answer not only lies in their tough-looking appearance but genealogy too. To understand more about this misconception, let’s take a quick look into the breed’s origins.

The American Bully is a mixed-breed dog that was developed the United States. He was created between the 1980s and 1990s by combining 2 dog breeds: American Pit Bull Terriers and American Staffordshire Terriers.

Unfortunately, most of these dog breeds were bred for dogfighting. They were exposed to an abusive environment for years and have developed aggression over time.

What people need to know is that American Bully breeders took note of this. They made sure that this undesirable behaviour ceased to exist in their dogs.

The United Kennel Club and American Bully Kennel Club’s breed standards even highlight that the American Bully’s demeanour is gentle despite his fierce and powerful appearance. Viciousness and extreme shyness in the breed are unacceptable.

Now that you have learned the reason behind the American Bully breed’s misconception, let’s go back to the question: “Is an American Bully a good family dog?” Yes, he is a great fit for families. But like most breeds, caring for this lapdog also comes with a handful of challenges.

Although the American Bully breed is not aggressive towards humans, he has a strong inclination to dominate other dogs, especially those of the same sex.

The American Bully is also a devoted and protective companion dog. He won’t go out of his way to cause trouble. However, if he perceives someone as a threat to his family, he may unleash his ferocious side to fend them off. Because of these traits, early socialisation is a big must in American Bulldog puppies.

The Bully puppies must be provided with safe and enjoyable experiences in different environments as well as engage with friendly people and animals. It will build their confidence and shape them to be watchful but approachable dogs.

Another concern of potential owners of the American Bully breed is incessant barking, which is a common problem in many breeds. Do American Bullies bark a lot too? Fortunately, they rarely bark.

American Bullies only sound an alarm if they sense an intruder or are scaring off other dogs. They may not be a yappy breed, but corrections should be made if they start barking excessively.

Training is a crucial part of the American Bully’s life. It teaches him to be a well-behaved dog, which helps in battling the stigma the breed often faces.

Some ask, “Are American Bullies hard to train?” No. If the appropriate training methods are used, American Bully dogs are easy to train. The breed is sensitive to reproach, thus cruel and rough punishments are strongly discouraged.

Since American Bullies love pleasing their owners, positive reinforcement by giving rewards, especially praises, is a good approach. Just be warned that he can be extremely obstinate and hard-headed.

The American Bully will not tolerate wishy-washy handlers and may give them a difficult time. Hence, he needs an experienced owner who values consistency and confidently takes the role of pack leader.

Are You the Perfect Match for the American Bully?

If you have a new American Bully puppy or adopted an American Bully, his training and socialisation can take a big chunk of your time. Mind that the breed has a tendency to be very stubborn. Thus, achieving significant results may take some time.

The American Bully breed also requires plenty of exercise as he is an active dog. He needs at least an hour of physical and mental stimulation to keep him fit and healthy. Some American Bullies that have a working-dog background will enjoy tasks like weight pulling.

Just know that not giving the American Bully enough exercise can lead him to exhibit destructive behaviour.

Grooming the American Bully is an easier task as he is a low-shedding breed. He only needs weekly brushing.

Drooling can be a bit of a problem in the American Bully breed. However, he doesn’t slobber much compared to other dogs that drool. Hence, cleaning up after him can be handled quickly.

You may need to deal with American Bully health problems in the long run too. The breed is healthy but susceptible to some health conditions including hip dysplasia, flatulence, mange, and hypothyroidism.

Keeping up with regular vet check-ups is the best way to overlook any development of disease in your Bully dog.

Raising an American Bully takes a lot of work. However, if you are fully committed to take on these responsibilities, the reward, which is your dog’s unwavering loyalty and trust, is immeasurable.

There is a dispute about the puppy training pads’ effectiveness in potty training. Some attest that they helped pups move forward in training, whilst … END_OF_DOCUMENT_TOKEN_TO_BE_REPLACED 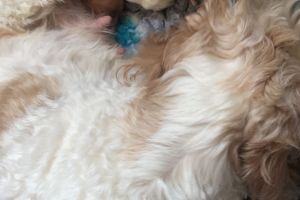 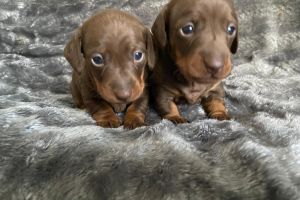 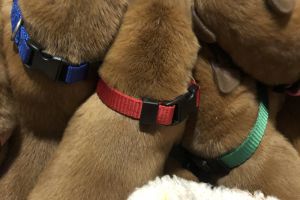 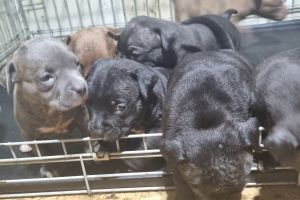