Is an American Bully a Pitbull?

The American Bully is one of the dog breeds that are steadily gaining popularity. He is famous amongst many dog enthusiasts. Many people ask, “Is an American Bully a Pitbull?”.

To help you clearly distinguish the 2 breeds, let’s look at the differences between them, from their origins to their appearance.

What’s the Difference between a Pit Bull and an American Pit Bull?

Let’s first talk about how the Pit Bull is different from the American Pit Bull. Knowing the distinction between the 2 is the first step to learning the answer to: “Is an American Bully a Pit Bull?”

What Breeds Make an American Bully?

So what are the breeds used to create the American Bully? The answer will give you a clearer understanding of this designer dog breed.

The American Bully is a mix of Bullies and Pit Bulls. The breeds believed to have contributed to the dog breeding include:

Whilst they do have Pit Bull genes, these designer dogs are an entirely separate breed. So the answer to the question “Is an American Bully a Pit Bull?” is no, he isn’t.

How Are American Bullies Different from Pit Bulls?

It’s time to examine both breeds and look into their history and traits that make them unique from one another.

The existence of the Pit Bull can be traced back to the early 1800s in the British Isles. He was bred from the now-extinct Old English Bulldog and Old English Terrier.

Sadly, the purpose of his breeding was to participate in dogfights. The brutality that they face led them to develop aggression, especially towards other dogs.

The Pit Bull dog breed is known for its tenacity, and it did not take long before it was used for other purposes.

Pit Bulls became working dogs that are capable of carrying out numerous tasks. They were entrusted to herd livestock, hunt animals, and guard dogs in homes.

The American Bully is a newer breed of dog. He is thought to be created around the 1980s to 1990s in the United States.

American Bully breeders originally bred him to be an ultimate family companion. Unlike the Pit Bull, the American Bully’s temperament is more stable. Breeders made sure to prevent the breed from inheriting the aggressiveness of his ancestors.

Thus, despite American Bullies’ daunting appearance, they are naturally friendly and loving family dogs, which made their popularity grow significantly.

Both breeds have large bodies with a muscular build. But the American Bully is beefier than the Pit Bull.

If compared side by side, this designer breed is shorter, heavily packed with muscles, and has wider bodies, whereas the Pit Bull is taller and well-muscled but not extremely.

Is the American Bully Considered an Aggressive Breed?

Because the breed has Pit Bull blood, many people ask: “Is the American Bully dangerous?” The answer is no; he is far from aggressive. Keep in mind that this Bully breed was mainly developed as a family-friendly companion dog.

Although the American Bully possesses Pit Bull genes, breeders carefully made sure that aggressiveness is bred out of him.

American Bullies are wonderful canine friends to children since they are gentle and highly tolerant. However, when it involves interacting with other pets, care should be taken.

These American Bully dogs are not aggressive towards humans, but other animals tend to be an exemption of their friendliness. They may exhibit aggression, especially to fellow canines.

But it is not entirely impossible for the American Bully breed to warm up to other pets. American Bully puppies that are properly socialised at a young age can bond well with their four-legged buddies.

To make sure that no harm comes between both pets when they interact, dog owners should always be there to supervise.

The American Bully breed is an intelligent and obedient dog. Moreover, he is extremely eager to please his owner.

Training the American Bully is a breeze so long as the positive reinforcement method is applied. His trainability is better than that of other Bully breeds that are prone to bouts of stubbornness.

What About the Pit Bull, Is He an Aggressive Dog?

Pit Bulls were initially bred for dogfights, so they are often aggressive to other dogs. Thus, they should always be monitored whenever they are around fellow canines. They should be kept away from dog parks during walks to avoid arousing their aggression toward other dogs.

However, it is not in the Pit Bull breed to be vicious towards people. That’s because, as a dogfighter, he is often handled by his owner.

Sadly, back in the day, Pit Bulls that were aggressive to humans did not receive any behaviour training but culled as it was seen as an undesirable trait.

Some believe that dog-human aggression is a result of poor breeding. For this reason, advocates of the Pit Bull breed always stress the importance of acquiring this dog from reputable breeders. It is one of the best ways to ensure that you will get an even-tempered canine companion.

Another crucial factor that greatly affects the disposition of the breed is his home environment. Pit Bulls that grow up in a loving and stress-free home are less likely to develop aggressive tendencies towards humans than those taken in by abusive owners.

Although the answer to the question “Is the American Bully a Pit Bull?” is no, both dogs share a handful of similarities despite their differences.

One of their commonalities is the big misconception that they are inherently “bad” and aggressive. This is one of the main reasons why countless people get wary when they see one of these dogs walking down the street.

They fail to see that American Bullies and even Pit Bulls can be just as sweet and devoted as any other breeds of dogs. These misunderstood dogs just need someone knowledgeable, patient, and willing to give them the love they deserve.

Socialising adult dogs may seem like a daunting task as some full-grown pooches are set in their ways. However, all hope is not lost. There are many … END_OF_DOCUMENT_TOKEN_TO_BE_REPLACED 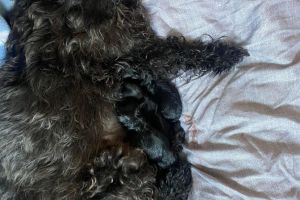 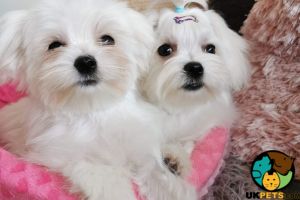 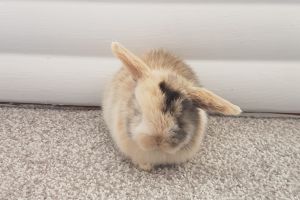 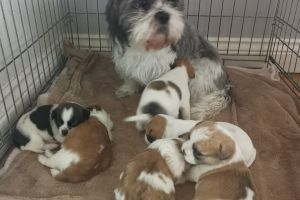