Is an American Bully an Aggressive Breed?

The American Bully’s appearance is a head-turner and might be found intimidating for many. He has a great muscular body that exudes formidable power. He is a large dog that can grow up to a height of 17 inches to 20 inches. However, is an American Bully an aggressive breed?

A Misunderstood Breed of Dog

The lineage of the American Bully is a combination of different types of Bully breeds. He is a mixed-breed dog whose bloodline is composed of American Bulldogs, American Pit Bull Terriers, American Staffordshire Terriers, English Bulldogs, and other Bully and Pit Bull breeds. Since he is considered a designer dog, there is no specific breed standard imposed on the breed.

Most of the American Bully’s forebears have a bloody and heartbreaking history as dog fighting breeds.

For a long time, they have been carrying the stigma of being labelled as aggressive breeds. Thus, it leaves plenty of people wondering, is the American Bully dangerous too?

The objective of the breeders when they made American Bullies was to create sociable and mellow companion dogs. To achieve this goal, they made sure that the aggression possessed by this Bully breed’s sires is not passed on to their litters.

American Bullies are not vicious and malevolent dogs because of the planned breeding. So let us go back to the question: “Is an American Bully an aggressive breed?” The answer is no.

Far from Ruthless and Ferocious

The American Bully is a welcoming and friendly companion dog that is full of vigour. This Bully dog is not afraid to socialise and meet new people. He is bred to be sociable.

American Bullies have a rising popularity as family dogs too since they adapt well to living with children. They are highly tolerant of the racket and commotion children often do.

However, as with any breed, supervision should never be overlooked to ensure both the children’s and the dog’s safety.

As a companion dog, the American Bully is innately obedient and trusting towards his owner. Pleasing his human companions brings him delight and excitement. For this reason, this Bully breed is more eager to follow commands and easier to train.

A Perfect Companion for the Right Owner

The American Bully is not the perfect fit for every prospective dog owner. He is a strong and energetic Bully breed that has moderate to high exercise requirements. If not met, behavioural issues may arise due to boredom and hyperactivity.

The American Bullies may not be aggressive, but they are extremely loyal companion dogs. They are very decisive in protecting their owners from danger no matter the cost. If American Bullies sense that someone has ill intentions towards their family, they won’t back down from the possible threat.

Is an American Bully an aggressive breed because of these traits?

No, he is not, and these should not be the reasons to label him as one. However, this means that copious amounts of time and effort should be exerted in socialising and training American Bully puppies to shape them into self-assured dogs with a sound judgment.

The American Bullies need owners who are patient and committed enough to walk them through each process. Owners of the breed should be firm yet understanding guardians that know how to instill discipline without inflicting pain and distress to their dogs.

Are American Bullies a restricted breed? Unfortunately, they are. Breed-specific laws (BSLs) often regulate any dogs that match the characteristics of Pit Bulls or mixed breeds that are developed from dogs that are labelled as dangerous including:

Owners of American Bullies are required to follow certain regulations depending on the place they are in. It is quite common for dogs under BSLs to be on a lead and muzzled when in public spaces or public transport. You might want to keep that in mind if you are planning to own an American Bully.

Breed-specific laws particularly target Bully and Pit Bull breeds, and this sparked controversy. Countless dog lovers are against these regulations. They see this as unjust and discriminatory treatment.

Most Bully breeds are frequently seen as aggressive dogs out of sensationalised fear.

The media often frames them as dangerous dogs that may attack at any given moment. However, their aggression is a product of the trauma and abuses they have suffered from dogfights and/or at the hands of their owners.

Some are prone to aggression because of poor breeding, which also makes them susceptible to several health problems like hip dysplasia.

For this reason, many people are pushing for better alternative solutions such as establishing fair guidelines that are not based on breeds, banning dogfights, and creating programmes that teach responsible dog ownership.

Socialising adult dogs may seem like a daunting task as some full-grown pooches are set in their ways. However, all hope is not lost. There are many … END_OF_DOCUMENT_TOKEN_TO_BE_REPLACED 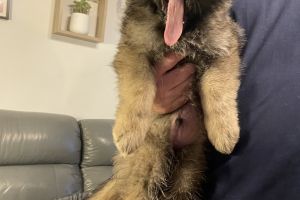 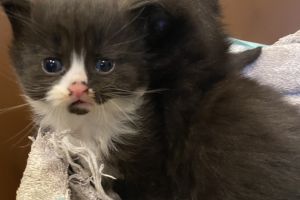 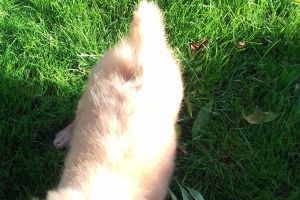