The wintry season has arrived in the village of Mathura located in Northern India. The weather has become so chilly that the temperature has dropped to below zero.

The frostiness has caused the elephants at the Wildlife SOS Elephant Conservation and Care Center in Mathura to feel cold. Elephants are known to be naturally thick-skinned, but it looks like the sub-zero temperature is more than they can handle.

Luckily, the women in the village came to the rescue. The eager group of villagers offered their help in keeping the gentle giants warm. They plan to dedicate their time knitting huge sweaters for all the elephants in the conservation centre.

Wildlife SOS takes care of more than twenty elephants. These animals were rescued from the abusive clutches of their owners, who are participating in illegal captivity, trafficking, and the circus. Needless to say, the elephants have undergone severe acts of cruelty.

Circus elephants face traumatic ordeals as early as being a calf. The circus initially trains them by destroying their connection with their mothers. They would be forcefully separated from their mothers at such a young age.

Then they would bound the calf’s legs and make it stand on the concrete floor for twenty-four hours. These are extremely terrifying moments for the young elephants because there is nobody around to comfort them and ease their fears.

Once the circus trainers have successfully broken the spirit of the young elephants, they have complete control over them. The ill-fated animals are forced to execute painful tricks which they could not understand. They are also subjected to constant physical and spiritual violence through harsh punishments. At a young age, they are not only inflicted with pain but also with fear.

The Act of Kindness They Needed

The villagers knew these gentle giants with tragic pasts deserve to be cared for, especially when the frosty days are starting. Most of the rescued elephants have poor health conditions due to the abuses they have sustained in the past. The women fear that the cold weather might worsen their condition.

Kartick Satyanarayan, the founder of the centre, shared, “It is important to keep our elephants protected from the bitter cold during this extreme winter, as they are weak and vulnerable having suffered so much abuse making them susceptible to ailments such as pneumonia.” She also added that the chilly weather may also aggravate their arthritis.

Knitting custom-made clothes for numerous large elephants is not an easy task. It took approximately four weeks to knit one sweater. The villagers even embellish the sweaters with an artistic flair by adding colourful and unique patterns on each of them.

The women also provided leggings to complete the elephants’ entire ensemble to make them not only comfortable but also fashion-forward.

The elephants’ spirits might have been broken many times, but the consistent acts of kindness will slowly uplift them. It encourages them to take baby steps towards the healing of the trauma they have endured.

Did you enjoy reading this article? Check out more interesting stories.

There is a dispute about the puppy training pads’ effectiveness in potty training. Some attest that they helped pups move forward in training, whilst … END_OF_DOCUMENT_TOKEN_TO_BE_REPLACED 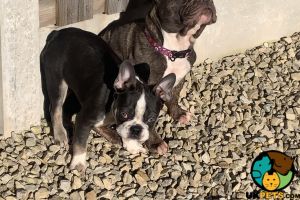 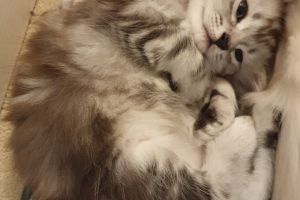 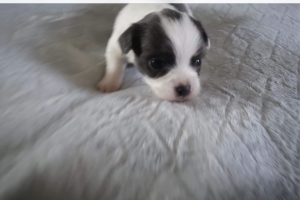 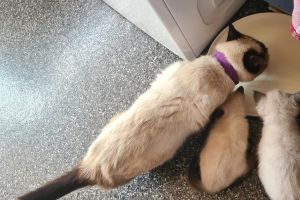