Leptospirosis in Dogs: Prevention and Treatments

Leptospirosis is a disease caused by the Leptospira bacteria, which can be spread through animal urine in water and soil. This bacterial disease is prevalent in dogs. Since this is classified as a zoonotic disease, it can be transferred to humans through open wounds, breaks in the skin, and scratches. If left treated, it can cause death. Leptospira bacteria often survive in:

Wild animals have the tendency to carry around the bacteria, that is why dogs that are exposed to wild animals and their urine as well as contaminated water are at a higher risk for contracting the disease. Dogs that spend lots of time outdoors and those that are living in the countryside are prone to getting leptospirosis.

There are many possible causes of this disease, which includes the following:

When the Leptospira bacteria get into the body, it will spread through various types of tissues. Usually, the immune system will clear the body from the bacteria; however, the bacteria might hide and settle in the kidneys.

The severity of the symptoms is dependent on the dog’s vaccination status, the response of its immune system, age, the strain of the bacteria, etc. In some cases, a dog may not show any symptoms at all, mild in some, whilst fatal for the rest. Here are the signs and symptoms of leptospirosis in dogs:

There are two types of test that will be used to diagnose leptospirosis in dogs: organism detection and serology. Collection of both urine and blood samples must be considered before administering antibiotics. All the diagnostic test results must be interpreted with the clinicopathologic findings, clinical signs, as well as the dog’s history of vaccination.

To terminate the Leptospira bacteria, antibiotics are used; this is usually administered in two stages:

Earlier treatment would be better because once an organ failure is present, the treatment will have a low success rate. In such case, it will be necessary for the dog to go through an aggressive treatment, which includes intravenous fluids to aid in treating complications of liver and kidney failures as well as to lessen the vomiting.

Vaccines to combat leptospirosis are recommended and available especially in areas where the disease is known to be prevalent. For dogs at risk of leptospirosis, annual vaccination is encouraged, and if possible, reduce your dog’s exposure to sources of the bacteria as this will decrease the chance of getting infected. Here are other preventative methods for leptospirosis:

If your dog is diagnosed with leptospirosis, here are precautionary measures to avoid putting yourself at risk:

If you are pregnant, ill, have a weak immune system, or have concerns about leptospirosis, it is best to seek advice from your physician.

Transmission of Leptospirosis to Humans

If people are transmitted with leptospirosis, they may show flu-like symptoms. However, in some cases, this can develop into a more severe illness. If you suspect that you had contact with a canine infected by leptospirosis, you should mention the dog’s condition to the healthcare providers.

Many dogs love bananas. Can cats have bananas too, or should pet parents keep these fruits to themselves? Evaluate the benefits and risks of feeding … END_OF_DOCUMENT_TOKEN_TO_BE_REPLACED 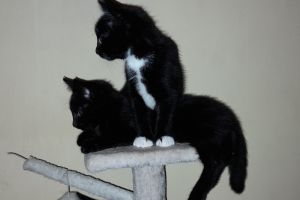 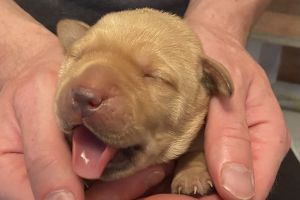 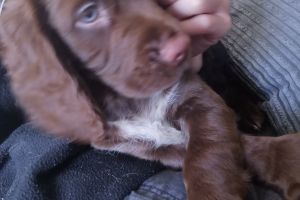 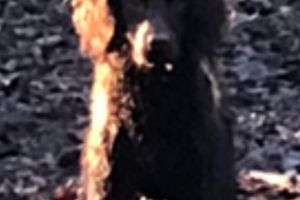