The loneliest dog in Britain, Hector, spends more lonely days in RSPCA Little Valley Animal Shelter ever since he was taken in. The unfortunate pooch has just reached more than 500 days of not being able to find a new family to call home.

A cry for help

It has been almost two years since Little Valley Animal Shelter has brought in the two-year-old Hector into their care in Exeter, Devon. The RSPCA are worried that the dog might never find a new home because he was often overlooked by those who plan to adopt.

The staff and volunteers have been working nonstop to reach out to pet owners interested in raising another pooch. The animal shelter even created a small online fan club to entice pet owners to take on Hector.

Hector became an instant online sensation. However, despite his rising fame on the internet, the poor pooch is still unable to find his forever home.

Lots of love to give

At a quick glance, one might find Hector intimidating since he possesses a naturally imposing build. With his three-foot height, the black and white lurcher may shock an onlooker. However, Hector’s goofiness and intelligence endeared him to the staff and volunteers of the animal shelter.

Hector is an energetic pooch geared up for adventures. It is a common trait lurchers have since this type of hound was bred to become a fast and efficient hunting companion back in the old days. The animal shelter heartily added how they discovered that the high-spirited dog sports an enormous love for the sea as he enjoys swimming.

Aside from his enthusiasm for adventure, Hector is also known for his brilliance. He already knows numerous commands such as sit, touch, play dead, in your bed, lie down, wait and has a good recall. He is clicker trained and responds excellently to reward-based training.

According to Jo Evans, the Little Valley Animal Shelter‘s manager, Hector is hilarious. He never fails to make them smile and is a favourite of all who meet him. Furthermore, Evans stated, ‘He’s adored by staff and we can’t understand why he is always overlooked. This big lad has lots of love to give so if you have space in your heart and home then please get in touch.’

Although Hector is endowed with a charming personality and notable intellect, he also possesses few behavioural quirks. These oddities may need attention and understanding from his future forever home.

Hector is appropriate for adult homes that would want him as their only pet. There can be times wherein the pooch may tend to guard items or people that he feels attached to. This can be a problem for households with small children and other pets.

In the past, the poor pooch was not accustomed to being left alone in the house of his previous owner. Hence, it has become a scary scenario for him that led to separation anxiety. It is ideal for his potential pet owner to spend time with him throughout the day in order to relieve him of his anxiety and help him settle down. Later on, the pet owner can slowly teach him that it’s fine to be alone for short periods of time.

With a good amount of effort, time, patience and love, the future forever home will turn this awesome pooch into a magnificent furry companion.

A study was conducted by the ASPCA about the criteria pet owners have in adopting a pet from an animal shelter. The results showed that the dog owners have a high preference in choosing appearance first above the other criteria such as social interaction and health and behaviour information.

One of Hector’s notable features is his black and white coat, wherein the former is more dominant than the other. The combination of the pooch’s domineering stature and dusky hue can be a lot to take in at first glance. It can be one of the unseen factors that impede the possibility of adopting Hector.

Add in the stigma behind some pet owners shunning black dogs as adoptable pets. The odd phenomenon is known as black dog syndrome, a bane to black dogs in need of a welcoming home. There are numerous superstitious beliefs and other unbelievable reasons that cast an uncertain future for black pooches in animal shelters.

Despite the scares behind the black dog syndrome, it is important for pet owners to prioritise other qualities the dog has when planning for adoption. The canine’s behaviour, temperament, and health must be the first on the list.

The winter season does not only bring in a festive ambiance and cold weather. It also drags along a number of threats that can endanger our dog’s … END_OF_DOCUMENT_TOKEN_TO_BE_REPLACED 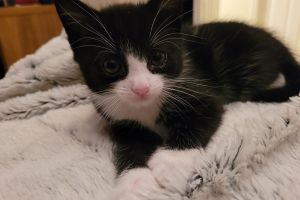 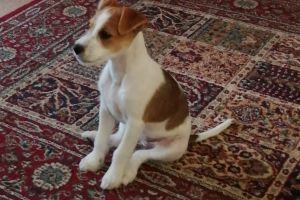 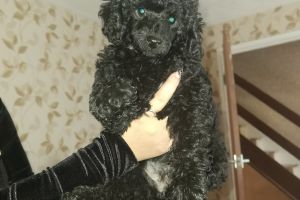 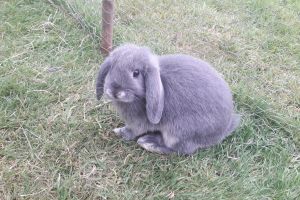