The record of marijuana-eating pets for the last ten years has skyrocketed to 765%. The American Society for the Prevention of Cruelty to Animals (ASPCA) stated that the number of frantic calls about pets accidentally ingesting edible weed products or marijuana itself is gradually increasing.

The legalisation of marijuana last October 2018 has led to an upsurge of recreational cannabis purchases. This news report spells trouble as it raises the alarming chances of marijuana intoxication in pets.

The ASPCA Poison Control Centre, a twenty-four-hour hotline that receives any animal poison-related emergency calls, says that they would usually receive calls about pets that have ingested chocolates or accidentally feed on a potted plant. However, they are now dealing with more calls about stoned pets. Back in 2008, they received 208 calls about pets eating marijuana. But in 2018, a sharp increase with these types of calls was recorded as it reached more than 1,800.

According to Dr Tina Wismer, the medical director of ASPCA call centre, most of the callers were pet owners whose dogs and cats fed on a “plant material” that turned out to be an abandoned stash of marijuana. Additionally, she linked the rise of the pet intoxication calls to the legalisation of cannabis. It encourages pet owners to ask for help now that marijuana is legalised.

The widespread availability of marijuana edibles also contributed to the upsurge of calls. Since legal edibles have the same scent as normal baked goods, pets cannot distinguish that it is toxic for them and would most likely eat it.

Although medical cannabis is thought to be majorly made up of non-psychotropic CBD, it can still contain huge amounts of THC that causes psychological effects. Medical marijuana products also tend to be concentrated forms such as oils that are toxic to pets.

Michael Nank, a spokesperson for a medical insurance company dedicated to dogs and cats, reported that around 10 per cent of the marijuana toxicity claims is coupled with chocolate toxicity claims. “On their own, substances such as chocolate, butter, and oil can be harmful to pets. When combined with marijuana, the results are worse.” He warned.

Canines have a higher sensitivity to THC compared to humans and other animals. Cannabis consumption on a dog will rarely end up being fatal. However, a 2013 study has discovered that a pooch’s low risk of death can be heightened through the “ingestion of food products containing the more concentrated medical-grade THC butter.”

The two-year-old Pitbull was out on a walk with his owner, Mark Grove. Mark walked Bosco towards an off-lead area at the park and let the Pitbull enjoy playing.

Five hours later, after their activity, Mark noticed that his dog was scared and shivering while lying on the bed. Bosco had also peed on the bed many times and was peculiarly arching his back while swaying side to side. Mark thought his dog was experiencing a stroke and immediately rushed Bosco to the emergency vet. While driving the car, Mark observed that his beloved Pitbull kept nodding off and feared that Bosco might die.

The vet’s prognosis was that Bosco has ingested marijuana, and this was verified by the test results. Mark shared that he was informed by the vet that they have been seeing it happen every day to other pets as well.

David Gelber brought the three-year-old Portuguese water dog together with his family for a walk to a river. Since Ponyo was a water dog, she would jump in and out of the water and play around with some weeds.

Twenty minutes after their walk, Ponyo was already in a “semi-comatose.” He immediately drove to a local vet who referred him to an animal hospital which was forty-five minutes away. The family were so distressed of their furry buddy’s condition but they had no idea what was going on.

It turns out that Ponyo has ingested massive amounts of THC, and she needs to stay in the hospital overnight. Eventually, the Gelber family found out that the park had been a venue for a huge summer yoga event. David suspected that someone must have left a bag of dope that led his poor pooch to accidentally eat it.

Socialising adult dogs may seem like a daunting task as some full-grown pooches are set in their ways. However, all hope is not lost. There are many … END_OF_DOCUMENT_TOKEN_TO_BE_REPLACED 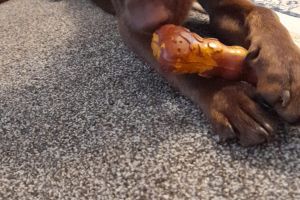 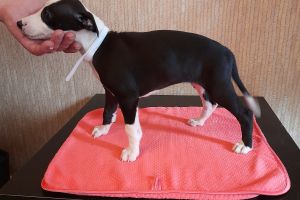 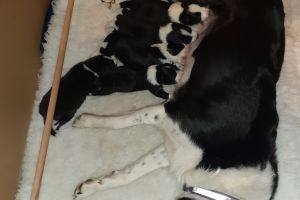 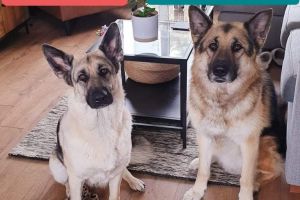