Meet the Adventurous Cat that Has Travelled 37 Countries

Noro was a stray cat before her owner found her. Her owner is an island designer who also runs a flower shop on weekdays. He found her on the doorstep of a ramen shop just right next to his office. When he saw the small black kitten, he made up his mind to take care of her there and then.

Their fateful meeting happened when Noro’s owner was heading home for the New Year. Thus, he brought back his new furry friend to his hometown. During the trip, he was worried if Noro can adapt to the remoteness of the area since the cat was only two months old at that time. But to his surprise, Noro was a very calm and relaxed kitten.

When they returned after New Year, Noro’s owner gradually took her out for walks more often.

Her first adventure includes riding a variety of transportation such as bullet trains.

Whilst Noro had been travelling to different places across the island with her human companion, she has never tried going abroad. Not until her owner read a book about pooches traveling to Europe. This sparked the idea to bring his beloved cat with him on his travels with his wife around Europe.

Noro and her owner travelling in the airline cabin.

Noro accompanying her owner in getting all the necessary documents for her to travel abroad.

After the adventurous cat completed her vaccination, Noro’s first trip abroad happened back in 2002. Now, she has visited 37 countries around the world.

Her human companions made sure to properly fasten a leash on her, so that she can explore the city safely.

A snapshot of Noro enjoying her walk in the ancient city of Petra in Jordan.

Noro posing in front of a shop in Triberg, Germany, where you can buy a cuckoo clock.

Enjoying the sweet and romantic atmosphere in Strasbourg, France.

Spent winter season in Finland to find Santa Claus and ask him for gifts.

Strolled inside a huge bullring in Spain.

Basking under the sunshine during spring in Prague. Enjoying the scenic views in Croatia.

Loving the picturesque and charming Dubrovnik.

At one time, they were almost robbed whilst travelling in Italy. When the robbers saw Noro sleeping in the back seat, they didn’t want to wake him up and stopped.

Although it might seem like their travels went without a hitch, Noro’s owners faced a few difficulties on their journey. They had to pack all of Noro’s essentials for their trips.

Due to the strict rules of the European flight weight restrictions, Noro’s owner needs to make adjustments. They need to consign the items that Noro needs together.

Noro has a simple daily routine even when travelling. Rise and shine, eat and snooze.

Travelling with Noro brought so much happiness to her owners. However, now that the adventurous feline is already eighteen years old, they can’t take faraway trips with her anymore. The couple chose to stay in a cosy home in the mountains. They want Noro to enjoy her life, especially when she’s already in her golden years.

Sometimes, Noro will go outside to play in the snow.

And oftentimes stay close to her favourite spot—in front of the fire.

There is a dispute about the puppy training pads’ effectiveness in potty training. Some attest that they helped pups move forward in training, whilst … END_OF_DOCUMENT_TOKEN_TO_BE_REPLACED 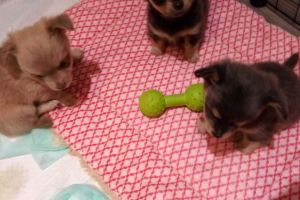 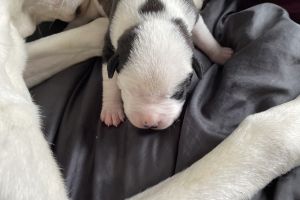 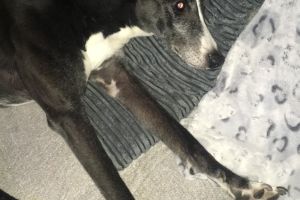 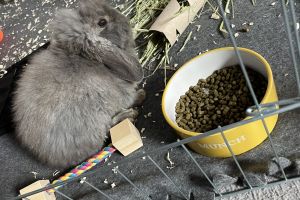