‘Winter blues’ is not only affecting pet owners but also their furry buddies. The chilly dawn of the New Year has subjected millions of cats, dogs, and rabbits to obesity, lonesomeness, and incessant stress.

What is winter blues?

The clinical version of winter blues is called seasonal affective disorder (SAD). It is known to be another type of depression that can stretch out to a season but disappears for the rest of the year. SAD commonly occurs during winter months.

This disorder typically affects humans; however, recent research found that pets are afflicted by it as well. According to Olivia Anderson-Nathan, a People’s Dispensary for Sick Animals (PDSA) vet, most UK pets spend prolonged hours being home alone because their owners are returning back to their usual work routines.

As a result, the lack of human companionship and interaction can make our pets feel isolated and mentally unstimulated. These may later on lead to behavioural issues such as defaecating within the house, chewing household items, excessive mewling or barking, and being destructive to show their unhappiness and boredom.

Are all pets affected?

According to PDSA, there are over 2.1 million pooches that are going through a rough time being alone at home. They are left companionless for more than five hours a day on working days. Additionally, 1.4 million dogs lack proper amounts of exercise since they are only walked less than the usual.

Canines that do not receive a good amount of workout are prone to health problems such as obesity. PSDA report shows that 1%, which equals to 8,900 dogs, were never given time of the day to go for a walk. Furthermore, 46% of canines were reportedly found to be either overweight or obese.

Read: The Pros and Cons of a Dog Walking Service

Cats equally suffer from winter blues just like dogs do. However, the root cause of the problem does not stem from being left alone; instead, it is the exact opposite.

There are over 4.8 million cats that are housed together with more than one cat. Furthermore, 2.1 millions of felines are subjected to living with another cat or cats that they cannot harmonise with.

Cats are solitary animals, therefore, being around other pets and cats especially ones that they can’t get along with can lead to health problems like chronic stress and behavioural issues such as house soiling. It is important for pet owners to dedicate a special space at home for their feline friend. It is to ensure that they have a safe space for retreat.

Bunnies are social animals, however, 540,000 (54 %) of the rabbits are living alone in their hutches. It is also revealed that over 240,000 rabbits (26 %) lack proper housing space. This is also one of the reasons why some rabbits don’t have another bunny to accompany them.

According to the study, ‘Rabbits are often the most misunderstood pets, and very sadly, thousands are not facing only SAD, they’re also facing an unhappy life. Too many rabbits live alone in hutches that are far too small for their needs, without a large outdoor run where they can play, hop, and stretch.

Read: How Do You Take Care of a Rabbit?

According to experts, light plays a big role in affecting the two crucial hormones that pets have. First is melatonin, a hormone created inside the pineal gland which regulates hormones, and also known as the ‘hormone of darkness’ since it is important when it comes to regulating the pets’ sleep cycle.

It is important to point out that the pineal gland is sensitive to light. During winter days, daylight is usually shorter and dimmer which causes the higher secretion of melatonin in the pet’s brain. Hence, it causes them to become sleepy, lose their appetite, and become lethargic.

The second is serotonin, dubbed as the ‘feel-good’ hormone. It mainly affects sleep, mood, and appetite. However, in order to properly function, it needs a good amount of sunlight which is usually absent during winter. It leads to the low production and secretion of serotonin levels which can lead to depression.

What are the telltale signs of winter blues?

How can you make it go away?

The fluffy French Bulldog’s unclear origins had people wondering if he is a mixed breed or a purebred. Find out how fluffy Frenchies developed this … END_OF_DOCUMENT_TOKEN_TO_BE_REPLACED 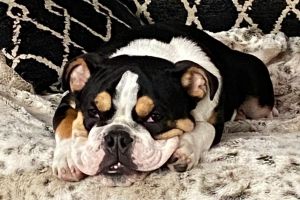 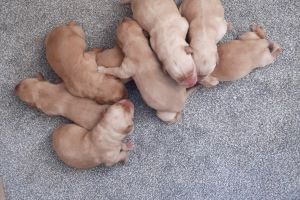 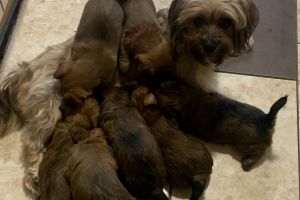 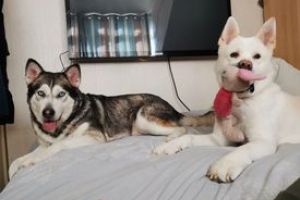