Meeting new friends and adventures are the things Bo the black Labrador Retriever loves the most aside from, of course, his loving family. Despite knowing his penchant for adventure, his owner did not expect that it would lead him to go missing.

The Krier family was struck with so much worry after Bo decided to stealthily flee from his loving home without even bothering to leave a note. It seems that he sneaked out after having a potty break.

Everyone was at a loss where to start looking for their missing black Lab in the vast fields of Concordia, Kansas. Since they knew that Bo was a budding adventurer, the family realised that he could be anywhere by the time they discovered that he was gone.

According to Kyle Krier, Bo’s owner, they tried to search all over the place for the black Lab but they could not find him. Later on, they decided to wait for Bo to come back home but it seems like it was not happening anytime soon. “I went out in the morning to look for him and found no sign of him anywhere,” Kyle said.

Coming Back Home with the New Pals

Eventually, Laura Krier, Kyle’s wife, received a call about someone nearly hitting a black Lab while driving. To add more to the puzzling mystery, it seems like the pooch was not alone. Another word reached the family that Bo was spotted playing on a field located six miles away.

Kyle immediately drove to the place in his pickup truck to bring his sneaky pooch back home. At a distance, he can see Bo in the fields but what surprised him the most was the other two figures frolicking with his pooch.

As all three of them ran to his truck, Kyle was able to get a good look at Bo’s two companions and cannot help but laugh at the unusual trio. It seems that the black Lab went on an adventure with a dog buddy of his, Ozzy, which was normal. However, Kyle did not expect his overly friendly pooch to make a goat, Libby, his friend too!

One by one the mischievous trio piled into the car as if nothing unusual happened and ready to be brought home. There was laughter in Kyle’s voice as he says, “Oh, I got a goat and two dogs in my truck.”

It turns out that the Kriers recognise Bo’s two buddies. Ozzy and Libby belong to their neighbours, Chris and Shawna Huggans. After Bo successfully managed to run away from home, he clearly headed straight to the Huggans’ place and met up with his friends.

“It’s difficult to say if Bo the black Lab or Libby and Ozzy were the culprit in starting the adventure. But, nonetheless, they escaped,” Shawna Huggans shares. “They’re pals for sure.” Although the search for Bo left them exhausted, everyone was happy that the black Lab was safe together with his best herd of friends.

The amusing yet valuable experience that the Krier family experienced because of their adventurous Bo is a proof that living a life with pets is all worthwhile. You are able to make beautiful and great memories with them that you can share with a big smile on your face.

What Are the Advantages of Having a Pet Tracker?

What Are the Advantages of Having a Pet Tracker? 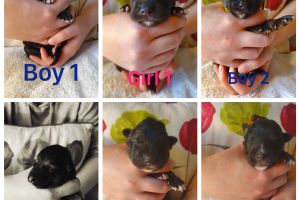 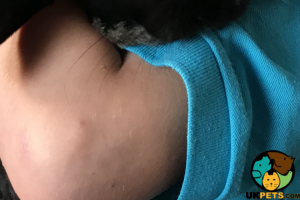 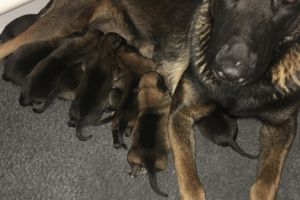