Today, the Morgan horse breed is an ideal mount for families and all types of riders. His easy-going and light-hearted nature makes him very approachable. He is also adept in various kinds of equine sports.

The Morgan horse can live a relatively long life, which is between 20 and 30 years. Compared to other horse breeds, he is quite hardy and only vulnerable to a few health conditions.

What is a Morgan Horse?

The origins of the Morgan horse began in the United States. Similar to the American Quarter horse and Tennessee Walking horse, he is considered as one of the first American breeds. His name is in honour of Justin Morgan, the founder of the breed.

The ancestry of the Morgan horse can be traced back to a sire named Figure, which was owned by Justin Morgan. Figure’s lineage is unclear but it is believed that he descended from different breeds. He is thought to possess the bloodlines of the Thoroughbred, Arabian, Welsh cob and Friesian horses.

Figure was a compact horse that measures about 14 hands (56 inches) tall. He showed great athleticism and endearing personality too. These are the qualities that he successfully passed on to his offspring. In 1909, the American Morgan Horse Association was established as the breed’s registry.

The Morgan type breed has a light build. His height ranges from 145 to 155 cm and he weighs between 400 and 500 kg. Having large expressive eyes, a compact body, well-developed chest, a short back, straight legs with short cannon bones is the ideal appearance of the breed.

The Morgan horse’s coat comes in different colours. The most common are black, bay, and chestnut. Other rare colours including dun, grey, palomino, pinto, and roan are also created through selective breeding.

How to care for a Morgan Horse?

Brush and comb the Morgan horse at least once or twice a week. Since he has a thick mane and tail, extra time should be spent in brushing these areas to keep his coat clean and shiny and also prevent matting. Do not forget to inspect for wounds, injuries, and presence of ticks or parasites.

Mild shampoo should be used when washing the Morgan horse. Avoid shampoos containing harsh chemicals as they can dry out and damage his coat. During the colder season, consider switching to dry shampoo. Remove any gunk stuck on his hooves after a ride with a hoof pick.

What are the uses of the Morgan Horse?

The Morgan horse is a highly versatile breed that can do many tasks. Highly-prized by farmers, this horse was commonly used for ploughing and pulling the family buggy. The modern-day Morgan horses are used as riding and carriage horses.

The outgoing personality of the Morgan horse makes him a great match for beginners. He is a good mount for families as well. Because of his agreeable and extroverted nature, the Morgan horse easily gets along with his keepers and other people.

What does a Morgan Horse eat?

The Morgan Horse is smaller in size compared to other breeds. Thus, he requires less amount of food than his larger counterparts. His daily meals should contain ample amounts of fats, carbohydrates, proteins, vitamins, and minerals. Feed your Morgan Horse with a mix of fresh grass, hay, oats, and other grains.

Giving him treats such as fruits should be done in moderation. Excessive amounts of treats can lead to health conditions such as obesity and digestive upset. Freshwater must be available at all time particularly in the summertime. This will keep him hydrated and prevent the risk of heat exhaustion.

How long does a Morgan Horse live?

The Morgan breed has an average lifespan of 20 to 30 years. If properly cared for, these hardy horses can even live beyond the age of 30. To keep him healthy, make sure that his basic needs are attended to consistently every day.

Vet check-ups should never be skipped so that you’re updated on your Morgan horse’s current state of health. Unlike other breeds, he is only vulnerable to a few health problems. Here are the common illnesses found in the Morgan breed:

How much does a Morgan Horse cost?

Vet and dental check-ups cost at least £70 per session. You may need to prepare £40 to £105 for your Morgan Horse’s deworming. Total annual costs for trimming and shoeing is between £225 and £765. Having him insured will add £20 to £40 to your monthly bills. 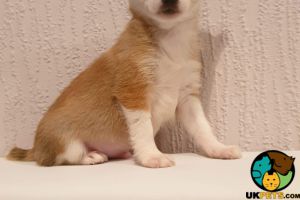