Dogs are not inherently vicious, but some breeds have higher aggressive tendencies than others. Here are the 10 most aggressive dog breeds in the world:

The American Pit Bull Terrier is often mistaken as the Pitbull, an umbrella term used for different Pitbull-type breeds. Unfortunately, there have been countless reports of Pit bulls attacking and hurting humans.

Because of this common misconception, the American Pit Bull Terrier is also labeled as one of the most aggressive dog breeds. But in truth, he was purposely developed to be a family companion. His temperament is more stable compared to the Pit bull. Thus, he is less likely to show aggression towards humans.

However, the American Pit Bull Terrier is one of the most dangerous dog breeds other canines may come across. They inherited this trait from their Pit bull parents, which used to be dogfighters.

9th of the Most Aggressive Dog Breeds – Siberian Husky

It might come as a shock for some pet owners to know that experts consider the Siberian Husky as one of the most aggressive dog breeds. By nature, he is a fun-loving and affectionate pooch. However, his working dog lineage makes him extremely active, which is often the root of his aggressiveness, especially if he doesn’t get enough daily exercise.

This dog breed easily gets bored and high-strung without enough physical and mental stimulation. Nipping and biting issues may arise if the Siberian Husky’s need for expending energy is neglected. Thus, exercise is a crucial part of his daily routine.

8th of the Most Aggressive Dog Breeds – German Shepherd

The German Shepherd was originally bred to be a herding dog but gradually became a multipurpose canine companion. His high intelligence allows him to branch out to other canine work, including search-and-rescue, guiding people with disabilities, and military and police work.

The German Shepherd is viewed as one of the most aggressive dog breeds because of his intensity and fierce loyalty. Naturally wary of strangers, this dog breed will not hesitate to stand up to them to protect his family.

Despite being tagged as one of the most dangerous dogs, the German Shepherd makes a loving and friendly family dog if properly socialised and trained from a young age.

7th of the Most Aggressive Dog Breeds – Doberman Pinscher

Originally bred as guard dogs, Doberman Pinschers are highly intelligent, courageous, and deeply devoted to their owners. The biggest factor that caused many people to view them as one of the most aggressive dog breeds is their military history.

Many Doberman Pinschers displayed aggressive behaviors after their service in World War II. Breeders worked hard to reduce the modern Doberman Pinschers’ aggressiveness through years of selective breeding. Now, most of these dogs have a more mellow personality.

With proper and consistent training and early socialisation, the Doberman Pinscher can be a wonderful canine companion, despite being labeled as one of the most vicious dog breeds.

6th of the Most Aggressive Dog Breeds – Chow Chow

The Chow Chow is a popular dog breed that was developed to guard homes and protect livestock. His temperament is like that of a cat: aloof and extremely independent. He also tends to be highly territorial and protective.

While the Chow Chow can form close bonds with his family, strangers are often seen as threats. For this reason, he is considered one of the most aggressive dog breeds.

Early socialisation makes a big difference in curbing the aggressive tendencies of this dog breed. Regular training is essential too as the Chow Chow can easily develop destructive behaviors such as resource guarding and nuisance barking.

5th of the Most Aggressive Dog Breeds – Alaskan Malamute

The Alaskan Malamute is the larger counterpart of the Siberian Husky. This dog breed has a higher prey drive and energy because his work involves physically taxing tasks such as transporting heavy loads and hunting large animals.

What makes the Alaskan Malamute one of the most aggressive dog breeds is his propensity to bite due to lack of exercise or training. Therefore, he must receive early training and regular exercise to prevent aggressive behaviors from developing.

The Alaskan Malamute is an aggressive breed towards small pets. So, he doesn’t often do well when housed with cats, rabbits, hamsters, and other miniature-sized animals.

The Perro de Presa Canario is one of the most aggressive dog breeds due to its highly dominant and territorial nature. He was mainly bred to fend off feral dogs away from livestock. Unfortunately, he also has a history of dogfighting, making him inherently aggressive towards other dogs, causing deadly dog bites.

3rd of the Most Aggressive Dog Breeds – Tosa Inu

The prized fighting dog of Japan, the Tosa Inu, is considered one of the most aggressive dog breeds. After dog fighting was banned, he is now used as a guard dog because of his loyal and bold nature.

The Tosa Inu is fiercely protective of his family and may attack if they are threatened. Controlling the aggressiveness of this dog breed can be very challenging.

Many Tosa Inus showed aggression towards strangers and other dogs even with years of training. They are not the best fit for families with pets and young children.

2nd of the Most Aggressive Dog Breeds – Cane Corso

Cane Corsos are large dogs descended from an ancient Roman war dog called the Canis Pugnax. They naturally inherited the aggressive temperament of their predecessor. Irresponsible breeding also contributed to the problem, causing many Cane Corsos to exhibit unstable and dangerous behaviors.

Being one of the most aggressive dog breeds, the Cane Corso needs to be properly trained to manage his aggressive tendencies. In addition, his high prey drive requires him to be securely confined at home. Otherwise, he might harm neighborhood pets such as cats and small dogs.

1st of the Most Aggressive Dog Breeds – Dogo Argentino

The Dogo Argentino is commonly listed as one of the most aggressive dog breeds. He began as a fighting dog and gradually transitioned to becoming a hunting companion. The dog breed’s powerful and large body combined with his fearlessness made him adept at taking down large animals such as wild boars and pumas.

These impressive qualities, however, can bring harm to people and other pets if the Dogo Argentino receives inadequate training and socialisation. He may grow extremely wary of his surroundings and end up attacking anyone or anything that crosses his path.

Black dogs are no different from dogs of other colors. They deserve love and attention just like any other pet. And when their needs are met, they will shower you with loyalty and affection in return.

Which Is the Most Aggressive Dog?

There is no straightforward answer to this question. Many experts agree that breed is not a predictor of a dog’s aggressiveness. More reliable factors which should be taken into account are the owner’s behavior, dog’s location, training, and sex.

Many types of aggressive dogs are victims of irresponsible ownership and breeding. For instance, Pitbull breeds, which comprise the highest number of human attacks, were found to be owned by individuals who used them for dog fights or criminal activities.

What Is the Least Aggressive Dog?

As we have mentioned above, the breed of a dog does not determine whether he is aggressive. Instead, it boils down to other factors such as how well they are cared for and trained.

Good dog owners will make great efforts in extensive training and socializing their dogs to ensure they won’t develop aggressive tendencies. Individuals who are planning to bring home a canine companion should do their research.

Some pooches, particularly aggressive dogs breeds, have dominating and stubborn natures, which can be difficult for first-time dog owners to handle. If you are a novice, don’t bite off more than you can chew. Pick a breed with an amiable and people-pleasing personality.

If you decide to acquire a dog from an aggressive breed, be sure to be fully committed to raising him. Consider working with a professional trainer to help you throughout the whole training process.

Many dogs love bananas. Can cats have bananas too, or should pet parents keep these fruits to themselves? Evaluate the benefits and risks of feeding … END_OF_DOCUMENT_TOKEN_TO_BE_REPLACED 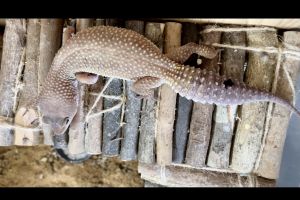 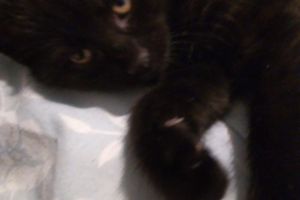 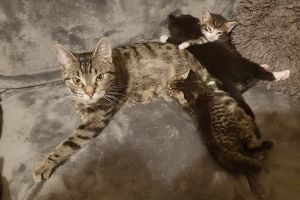 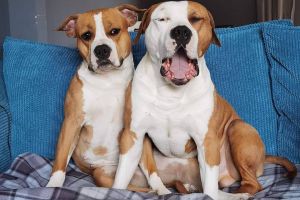