It is a known fact that getting a dog is quite costly, but do you know that there are several dog breeds that are significantly pricier than others? Let’s find out what the top 12 most expensive dog breeds in the world are.

The first on the most expensive dog list is the Pharaoh hound, which has an average cost of £1,200. The breed is hailed as the National Dog of Malta. He is dubbed as Kelb tal-Fenek, which means rabbit dog. As you may have guessed, he is primarily developed to hunt rabbits.

The Pharaoh hound loves downtime just as much as playtime. Thus, he enjoys lazing around with his family compared to other breeds of dogs. He makes a great canine companion since he gets along well with children and other pets.

The Pharaoh hound needs weekly brushing as he is a moderate shedder. Due to his sensitivity to cold weather, it is important to let him wear a coat when taking him for a walk outside. He is a healthy breed that is predisposed to only a few health issues such as skin problems, hip dysplasia, and patellar luxation.

Getting an Afghan hound will cost approximately £1,200 to more than £1,500. This elegant dog breed is originally bred to be a hunting dog. The dog’s gentle and caring personality makes him a good shepherd dog as well.

He is a loving and sociable family companion. However, it is common for the Afghan hound to be aloof and independent most of the time. Due to his hunting instincts, he is not the best furry pal for smaller animals.

Grooming an Afghan hound requires extra effort. His coat needs regular brushing and washing. The breed is susceptible to a handful of health problems such as allergy, cancer, cataract, and dilated cardiomyopathy.

This dog originated from the mountainous regions of northern Japan and mainly bred as a fighting dog. His impressive hunting skills allowed him to take down dangerous animals such as bears and wild boars.

Today, the Akita is an affectionate companion that is very devoted to his family. He makes a great watchdog as he is often wary of strangers. This breed is a heavy shedder, which requires regular grooming.

In general, he is a sturdy breed, but he is predisposed to several health conditions, including bloat, entropion, glaucoma, and hypothyroidism. This factor should be greatly considered when getting an Akita or any dog.

The next on the list of the most expensive dog breeds in the world is the Irish wolfhound. The price tag for this breed may range from £1,500 to over £2,000. He is a skilled hunting dog that tracks down deer, wild boars, and wolves.

Despite the Irish wolfhound’s massive size, he is very approachable due to his relaxed and gentle nature. This has its downside as well because although the dog’s size scares off intruders, his docile temperament makes him a poor guard dog and watchdog.

The Irish wolfhound requires at least once a week of brushing. Sadly, he tends to have a shorter lifespan as he is prone to many health problems. These include atrial fibrillation, bone cancer, cardiomyopathy, and immunodeficiency syndrome.

The Great Dane commonly comes at an average price of £1,500. Some may cost beyond £2,500. He is another large hunting dog breed that is in fact related to the Irish wolfhound.

In ancient times, the Great Dane was prized as a protector of sleeping princes. He stayed at the foot of their beds at night to guard them against assassins.

This dog breed is well-known for his sweet and affectionate temperament. He is more content to stay indoors than spending most of his time outside. Since he thrives in staying close with his family, he is best suited in a household where one person accompanies him at home.

The Great Dane is a high-maintenance dog for he sheds heavily. Brushing his coat once a week is enough to prevent matting and tangles. The breed has a relatively short lifespan and is susceptible to a handful of genetic health issues. The most common include Addison’s disease, dilated cardiomyopathy, and wobbler syndrome.

Another most expensive dog on our list is Saint Bernard. A Saint Bernard pup will cost between £2,000 to £3,000, and sometimes more. Saint Bernard was dubbed as a mountain rescue dog for searching and digging out lost people during bad snowstorms. Then, he was later used as a watchdog.

Saint Bernard may be a large dog breed, but he is soft-hearted, calm, and gentle. Supervision is needed when he is around children though. His huge size can easily knock down small children. Because of Saint Bernard’s sweet personality, he does not make a good watchdog or guard dog.

As a heavy shedder, Saint Bernard is a slightly high-maintenance dog. Once or twice a week of brushing is needed to prevent his coat from snarling. The breed is prone to many health issues, including cataract, epilepsy, entropion, and dilated cardiomyopathy.

The price tag for a Portuguese water dog typically starts at £2,000, and it can climb up to over £3,000. As the dog’s name suggests, he is a working dog that is greatly skilled in retrieving game from the water.

The Portuguese water dog is family-oriented and loves to stick close to his humans. His loyal but non-confrontational nature makes him a good choice for a watchdog instead of a guard dog.

The Portuguese water dog is a minimal shedder, but he still requires frequent grooming. That’s because his coat is very prone to matting and tangles. The breed is predisposed to some diseases including hip dysplasia, juvenile dilated cardiomyopathy, and progressive retinal atrophy.

The French bulldog is not only known for his popularity on social media, but also for his high price. To own a Frenchie, you need to pay about £1,800 to over £4,000. The rareness of the breed is one of the biggest factors that make it so costly to own one. Unlike some large dog breeds, a litter of French bulldog puppies usually consists of one to three pups.

The French bulldog is a home-loving pooch that prefers to relax inside the house most of the time. He is well-loved by many for his comical personality. This breed rarely barks, which makes him a great companion for apartment dwellers.
As a low-maintenance pooch, the French bulldog only needs weekly brushing.

When it comes to health, the breed is prone to suffering from quite a few issues. Intervertebral disc disease, von Willebrand disease, brachycephalic syndrome, and food allergies are some of them. This may lead you to dole out extra money for treatment and make your vet bills skyrocket. Getting pet insurance will greatly help in lowering costs.

The English bulldog costs £3,000 to over 5,500, which makes him one of the most expensive dog breeds in the world. He has a dark history as they were once bred for bull-baiting and dog fighting during the olden times. This earned him a fearsome reputation of being a vicious dog.

However, the modern-day English bulldog is a very friendly and affectionate canine companion. He gets along well with children thanks to his calm and clown-like disposition. He rarely barks as well, which makes him a good match for dog owners looking for a quiet canine companion.

The English bulldog sheds moderately, thus once a week of brushing is necessary. The breed is prone to a slew of health conditions, that’s why they have a short average lifespan of eight to ten years. Brachycephalic syndrome, entropion, cherry eye, demodectic mange, and head shakes are prevalent diseases in the English bulldog breed.

The Chow Chow ranked number 2 on the most expensive dog breeds around the world. The price tag for this pooch ranges from £1,800 to over £4,000. This cuddly-looking dog originated in China and Mongolia and is famous for his bearlike appearance.

Chow Chow is a highly adaptable dog that can adjust well in any living conditions. As a family companion, he is quite affectionate towards his family. However, most of the time, he is more subdued and indifferent just like a cat.

The rough-coated Chow Chow requires daily brushing compared to his smooth-coated counterpart. Although the breed has a long lifespan, he is prone to many hereditary diseases. These include eczema, Addison’s disease, breathing problems, hypothyroidism, and Cushing’s disease.

In the second place on the most expensive dog breed list is the miniature dachshund. The current price tag for the sausage dogs is £1,500 to over £4,000. The breed is primarily developed to hunt and dig out badgers.

The miniature dachshund is a loving family pooch with a big personality. He needs supervision when interacting with larger dogs. His ‘tiny dog, big spirit’ nature makes him prone to challenging huge dogs. The dog’s strong prey drive requires his family to keep an eye on him when around smaller animals.

Taking the spot as the most expensive dog is the Tibetan Mastiff. The price for this gigantic dog may vary from £2,500 to over £6,000. The news about a Tibetan Mastiff puppy with a high price tag of about $2 million (roughly £1.6 million) that was sold in China had even trended on the internet years ago.

The Tibetan Mastiff is considered one of the most ancient dog breeds. He is also the ancestor of all Mastiff breeds. The dog was purposely created to guard livestock. He protected sheep from predators such as bears, leopard, and wolves.

The Tibetan Mastiff is fiercely loyal to his family and wary of strangers. Despite his thick coat, he is a low-maintenance dog that only requires brushing at least once a week.

The Tibetan Mastiff breed is relevantly sturdy, but still susceptible to a few health problems such as panosteitis, hip dysplasia, and osteochondritis dissecans.

Since the COVID-19 pandemic started, there has been a significant increase in the prices of dogs for sale. This surge in prices can be attributed to people isolating themselves and working from home.

The Top 6 Cuddliest Dogs in the World

The Top 6 Cuddliest Dogs in the World

Black French Bulldogs are in high demand but hard to find. Hence, they remain a mystery to many pet owners. Know more about rare black Frenchies and … END_OF_DOCUMENT_TOKEN_TO_BE_REPLACED 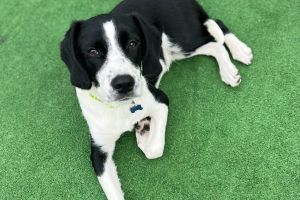 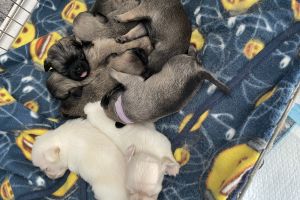 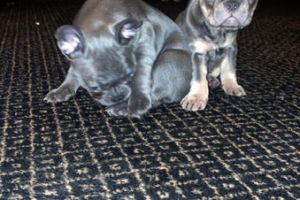 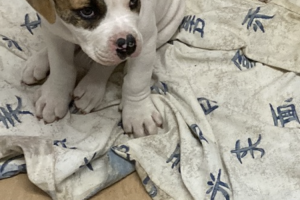