Is calming music for dogs effective? Research from the Journal of Physiology & Behaviour found two genres of music that are associated with more relaxed behaviour in dogs. Shelter dogs are said to bark less whilst hearing classical music. However, it is easy for them to get used to the music which could lead to boredom when played for seven consecutive days. This led the researchers to test varying genres. Read on to learn more.

Read: 5 Ways to Keep Dog Boredom Away Whilst You Are Out

What is music therapy? Music is known to have a therapeutic effect most especially to us. The use of music in therapy helps improve a person’s well-being. Animals are also able to recognise and enjoy music.

What music do dogs enjoy? Music enables your pet to do better in activities. It also improves their mood even when they are left alone. Certain genres of music help ease hyperactivity, mild forms of aggressive behaviours, and separation anxiety.

What kind of music do dogs like the most? A study conducted by scientists from the School of Psychology of Queen’s University focuses on the reaction of dogs to different genres of music:

Music therapy has already been introduced to police dogs in Madrid. The classical music therapy is a new approach to help police dogs cope with the stressful nature of the job.

‘You just have to walk along the kennels. You can see them not barking so much, not walking so much, much more relaxed, and that’s improving our job. Because if the dog is more relaxed, then it’s going to work much better,’ stated one of the members from the Police Dog Unit in Madrid.

How does music affect dogs?

Diverse genres in music affect human brains in multitude ways and this is also true in dogs. The brain produces certain waves sending responses to impulses that vary amongst individuals. With music, the brain waves are in some way inhibited or stimulated.

Dogs perceive noise differently from humans. The sound frequency should be considered upon playing the music. Dogs are able to hear sounds 40,000 Hz whilst cats hear between 100 to 60,000 Hz. However, remember to lower the volume to avoid endangering your pet’s delicate ears.

The album ‘Paws, Play, Relax’ was just recently released and is now available for download and streaming on Spotify, Google Play, iTunes, and other popular music sites.

One of the objectives of the album is to create music where both the owner and their beloved pets will both enjoy. In addition, they are also based on consideration of the results from the collaborative scientific research of Scotland’s animal welfare charity and researchers from the University of Glasgow. The study revealed that reggae and soft rock genres have a calming effect on dogs.

These music tracks are produced with the help of John McLaughlin, a songwriter of hit songs performed by popular artists including Westlife, Sandi Thom, Cliff Richard, and Rod Stewart.

‘Dogs enjoy the change of genre and also tempo which shows that they have both heart and soul – that’s why I just had to write the songs, and why people should play the album to their four-legged friends,’ says McLaughlin.

Other relaxing music for dogs

These albums are produced to create positive brainwaves that stimulate feelings in dogs.

While You Are Gone (September 2000)
This is an hour of instrumental music with gentle animal sounds. This attempts to present a peaceful environment which makes it the perfect soundtrack for times your dog staying home alone.

Relaxation Music For Dogs and Cats Volume 1 (March 2003)
Enjoy an hour of relaxing orchestrations of musical vignettes where the songs are made for the hearing ranges of dogs and cats.

Canine Lullabies (September 2004)
This is written and produced to calm barking and anxious canines and other animals.

Relaxation Music for My Pet and me Vol 2 (May 2005)
This is another hour of soothing music for pets and owners to enjoy. The recording process is created with a special frequency to comfort you and your pet.

Songs to Make Dogs Happy (April 2005)
The music tracks are released to help soothe separation anxiety and calm animals when in an unfamiliar environment.

If Spiderman has sharp spider-senses to detect any incoming danger, then cats have their fluffy ears to do it for them. Their acute sense of hearing … END_OF_DOCUMENT_TOKEN_TO_BE_REPLACED 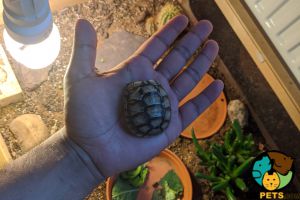 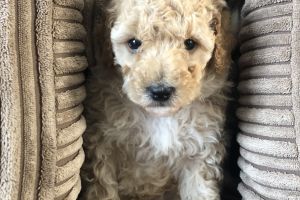