Sneezing is a part of canine communication, but it can mean something serious in certain situations. Read on to know what can trigger excessive dog sneezing and when does it become a cause for concern.

Why Do Dogs Sneeze?

Occasional sneezing during play in dogs is a form of communication, conveying that they are roughhousing for fun and not out of aggression. It also aids in diffusing a tense situation.

This is called play sneeze, and it is a harmless and positive canine behaviour. Dogs sneezing when excited is also not something to worry about as it means they are having fun.

What Does It Mean When Your Dog Sneezes a Lot?

Dog sneezing when playing does not require a trip to the vet. However, if it becomes excessive, this can be a clinical sign of underlying medical conditions that you need to check with your vet.

10 Most Common Causes of Excessive Sneezing in Dogs

If your dog keeps sneezing, it might not be simply to communicate anymore. As previously mentioned, it could mean that something is wrong with his health. We have listed down the prevalent causes that bring about non-stop dog sneezing.

Terrible sneezing fits can be caused by foreign bodies can getting into your dog’s nose. This is the simplest form of nasal irritation and most of the time a harmless occurrence.

However, if your furry pal is unable to expel the foreign object, bring him quickly to a veterinarian. The most common objects extracted from a dog’s nose are sticks, a blade of grass, dead insects, strings, and paper clips.

Do you notice your dog sneezing a lot in late spring or early summer? If it is accompanied by watery eyes and occasional pawing of the face, he may have allergic rhinitis. This condition is linked to pollen production and also the proliferation of dust and mould.

Other common allergens for dogs include cigarette smoke, dust, perfume, rug powder, and others. Allergy-induced dog sneezing rarely affects the daily activities of the affected pooch.

If a dog keeps sneezing, it can be due to the food he is eating. Canines are prone to food allergies just like humans. According to a recent study, the most common food allergen in dogs is meat-based ingredients such as:

These ingredients are responsible for 3 times the amount of food allergy in canines compared to plant-based ingredients.

Dog sneezing along with skin rashes, hot spots, hair loss, ear infections, and itchy paws are the common symptoms of food allergies. If your pooch exhibits these signs, check with your vet immediately.

Your dog can be suffering from kennel cough or canine infectious tracheobronchitis. It is a highly contagious disease, causing inflammation in the dog’s windpipe.

Excessive dog sneezing can be induced by infectious diseases. Infections in dogs are usually more serious and might be caused by an injury to membranes within the nose or sinuses.

Excessive dog sneezing can also be induced by fungal infections such as aspergillosis. This medical condition occurs when your dog inhales a fungus called aspergillus, which commonly thrives in vegetation, seeds, and grains.

Excessive dog sneezing can also be caused by an infected tooth. The third upper premolar is closer to the nasal passages and, when infected, can trigger sneezing.

Watch out for nasal discharges of mucus or pus, bad odour, or bleeding. If you think that your pet is suffering from an infection, take him to the veterinarian. If it’s a chronic infection, surgery is often recommended.

Is your dog sneezing a lot and running a fever? He may have contracted canine influenza. This contagious respiratory disease is also called dog flu.

The symptoms of canine influenza almost resemble that of kennel cough, which is tough to determine without proper diagnosis. Other signs include eye discharge, cough, runny nose, and reduced appetite.

Since it is an infectious disease, the affected dog should be isolated from healthy dogs, geriatric dogs, puppies, and dogs with compromised immune systems.

The dog’s confinement should last for about 30 days to avoid the risk of transmission. He should also be brought to a vet for treatment as soon as possible before he develops secondary bacterial infections.

Dog sneezing can also be due to canine distemper. This medical condition is a contagious viral disease that is prevalent in unvaccinated or non-immunized dogs.

Excessive sneezing and coughing are the first signs of canine distemper. It is then followed by a high fever and red and watery eyes.

The affected dog will also become lethargic and will suffer from vomiting and diarrhoea.

The disease affects not only the respiratory and the gastrointestinal systems but also the central nervous system (brain and spinal cord) if not immediately treated.

If a dog keeps sneezing and experiences bloody nasal discharge, it is a foreboding sign that he may have developed nasal tumors. Research states that this disease is common in older pooches and dog breeds with longer nasal passages.

Collies, Dachshunds, and Great Danes are more likely to suffer from nasal tumors than other dogs. This health issue is a major concern as it makes up 1–2% of all cancers. Moreover, 80% of nasal tumors are malignant.

Nasal tumors are commonly caused by tobacco smoke and other environmental carcinogens.

Is your dog sneezing a lot and shaking his head? Nasal mites might be proliferating in his nasal passages. These are microscopic parasites that feed on the keratin layer of the skin’s epidermis.

Nasal mites are extremely contagious. Dogs can pass it on to each other simply by nose-to-nose transmission. Some of the most common clinical signs of nasal mites are facial itching, nose bleeds, nasal discharge, and breathing difficulties.

To treat this condition, the vet will likely prescribe an oral or topical medication.

If your dog keeps sneezing with a choking or gasping sound, he may be experiencing reverse sneezing. It is believed to be a reflex when canines have respiratory irritation.

When a dog reverse sneezes, it gets rids of allergens or foreign objects causing the irritation.

Brachycephalic breeds such as Border Terriers, Boston Terriers, Boxers, and Pugs are highly prone to reverse sneezing. In most cases, reverse sneezes are harmless. You can relieve your dog’s discomfort by massaging his throat or lightly blowing on his face.

But if dog sneezing is accompanied by a honking sound, this is not merely a reverse sneeze and might be a serious condition. It can be a sign of tracheal collapse, which can be life-threatening.

What are home remedies for sneezing dogs?

Below are a few home remedies that you can do to relieve dog sneezing:

Dog Sneezing Remedy #1: Check if an irritant is lodged in your dog’s nose as it can cause excessive sneezing. If there is, do not remove it by yourself. Ask help from the vet, who has the right tools to safely extract the object.

Dog Sneezing Remedy #2: Increasing the room’s humidity can alleviate clogged nasal passageways and stop dog sneezing. You can place a humidifier or a vaporiser in the room where your dog stays.

An alternative option is to run a hot shower. Then place your pooch in the humid bathroom for around half an hour.

Dog Sneezing Remedy #3: For dogs with red and irritated noses due to excessive dog sneezing, apply aloe or calendula ointment on the affected area. It helps relieve the swelling and redness.

Dog Sneezing Remedy #4: Strengthen your dog’s immune system with the help of herbal antioxidants. Adding echinacea into your dog’s food is also a good idea.

Other herbs such as coltsfoot, liquorice root, marshmallow, and mullein are also canine immune system boosters. Before using any of these on your dog, make sure to consult a holistic vet.

Dog Sneezing Remedy #5: Excessive exercise can trigger incessant dog sneezing. Thus, do not allow your dog to participate in taxing activities. Let him rest to recuperate instead.

Should I be worried if my dog is sneezing?

Dog sneezing isn’t always a serious case. However, if it comes with physical and behavioural changes, sending your dog to the vet for a health check may be necessary.

The following are signs that dogs with excessive sneezing need medical help:

What should I do if my dog keeps sneezing?

If dog sneezing attacks become more frequent, take him to the vet as soon as possible. The vet will run tests to accurately determine the main cause of dog sneezing.

Should your pooch require treatment or surgery to cure his dog sneezing, don’t forget to check if it’s covered by his pet insurance.

If you haven’t gotten one yet, it is wise to prepare for the unexpected and get pet insurance early on so you can breathe easier.

Above all, keep calm even as you attend to the needs of your sneezing dog. Your dog will look to you for reassurance, and it’s very helpful if you exude calmness.

Are slugs poisonous to dogs? The answer to this question is not cut-and-dried. Many types of slugs do not create dangerous toxins in their body, but … END_OF_DOCUMENT_TOKEN_TO_BE_REPLACED 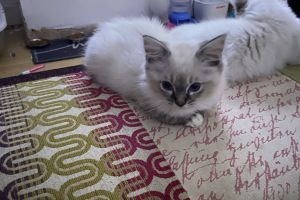 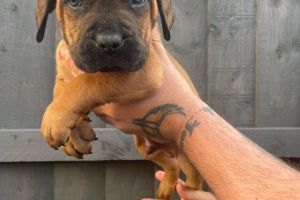 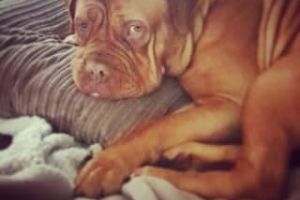 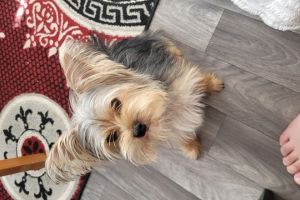