The Old Tyme bulldog is quite new in the canine scene but it’s gaining popularity among bulldog enthusiasts for its robustness and laidback personality. Unlike its more popular cousin, the English Bulldog, the Old Tyme is not recognised by breed organisations. However, the breed is fast becoming a favourite for its docile temperament, loyalty, and adaptability.

The breed retains many of the bulldog characteristics that people come to love, but it remains unique in other aspects which Old Tyme bulldog owners must know so that they can provide the proper care and training it needs to stay fit and healthy.

History of the Breed

The Old Tyme bulldog came into existence due to bulldog enthusiasts wanting to bring back the old-fashioned bulldog that lived two centuries ago which was taller and had a longer muzzle and a smaller head that is proportional to its body.

Today’s bulldog is typically crossed with pugs to make changes in attitude and diminish the breed’s old working role in bear-baiting and dogfighting. This explains why the modern-day bulldog is a thickset low-slung version of the ancient bulldog.

The Old Tyme bulldog may not be as energetic as some other dog breeds but it still requires a good amount of exercise. Mentally stimulating activities should be provided as well to prevent this pooch from getting bored. Otherwise, it is likely to engage in destructive behaviours as a way of coping with stress.

Read: 5 Ways to Keep Dog Boredom Away Whilst You Are Out

Tip: Do not walk an Old Tyme bulldog in hot weather as it is prone to overheating due to its short nose. The best time for a good walk is in the early morning or late afternoon at a cooler temperature.

Further, it is important to keep your bulldog in shape. Obesity may increase the likelihood of your bulldog having cancer by as much as 20%. Help your pooch stay fit with regular light exercises and nutritional meals.

This type of bulldog is known as a loyal pooch to its beloved owners so it is likely to form a strong bond with its owners. As such, they do not like the idea of being left alone for long periods of time. When left alone, an Old Tyme canine is likely to develop destructive behaviours due to separation anxiety.

Just like any other bulldogs, the Old Tyme is prone to developing skin allergies due to having wrinkles and folds on their faces and bodies. Keeping its wrinkles clean and dry helps prevent skin allergies.

Provide appropriate amounts of food with a bulldog’s nutritional requirement in mind. It should receive a well-balanced diet of carbohydrates, protein, minerals, and vitamins. There are plenty of dog food options specially manufactured for bulldogs.

Since Old Tyme bulldogs are prone to allergies, make sure to avoid the following:

Have a regular appointment with your vet

Reputable breeders keep their puppies vaccinated before handing them over to you. However, once you bring them home, certain follow-up shots are now under the responsibility of the new owners. Just remember to keep necessary vaccinations and shots updated before introducing your puppy to public areas in the presence of other animals and dogs.

Around 130,000 dogs are sent to dog rescue centres each year in the UK in hopes of finding forever homes. Help them start a new and fruitful life by … END_OF_DOCUMENT_TOKEN_TO_BE_REPLACED 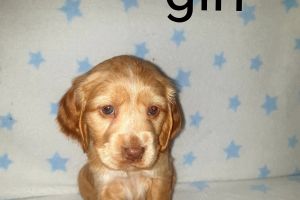 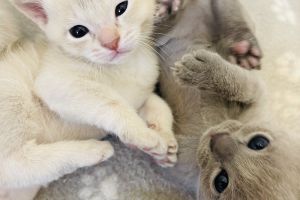 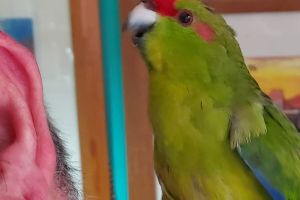 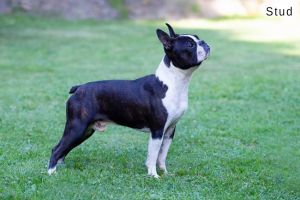