Owners Use An Ingenious Way to Find Missing Dog

Kacey Wall and her partner, Chris, were out for a hike together with their dog Beira. They did not expect their leisurely walk to turn into a disaster—Beira had vanished from the trail!

Distraught and about to lose hope, the couple received a piece of brilliant advice that they immediately put into action.

Kacey and Chris brought their Siberian Husky Beira with them for a hike on a Sunday afternoon in Strathcona Provincial Park in British Columbia. They had another Husky in tow named Pilot, which was under the care of Kacey that day. After they passed the crowded area of the trail, Kacey let the two pooches off the leash.

Kacey then chatted with fellow hikers and after about ten minutes, she realised that Pilot and Beira were out of her sight. Initially, she didn’t worry. But when she called for her dogs, she became anxious because it was only Pilot that came. There was no sign of Beira.

After an hour of frantically searching for the missing pooch, Kacey and Chris were forced to head back home. They hadn’t brought food or camping equipment so they had no choice but to postpone the search until Monday morning.

Have You Seen This Dog?

The couple were filled with guilt and anguish as they leave the trail. Although they were distressed for their missing dog, they knew that Beira was a tough cookie. When Monday came, Kacey and Chris resumed their search. Unfortunately, days passed but there was still no sign of their beloved Husky.

According to the couple, they were hiking 25-35kms per day to look for her. Lots of people in the community helped them with the search too. Boat owners agreed to check for the lost dog near the lake and park users promised to keep an eye out for her.

Chris shared that he even met a guy who accompanied him whilst he was out on a hike to look for Beira. The man said he would cut his trip short if he found her to bring her back. Kacey and Chris set up a Facebook page called Find Beira so that the community can help them find her. Despite their efforts, there were no sightings of Beira and they were losing hope.

After eight days of fruitless searching, the couple finally hatched an unusual plan to find their Beira. Terry at Reuniting Owners with Animals Missing (ROAM) suggested using the smell of bacon to attract their lost and must be hungry pooch.

Kacey said it sounds like an excellent idea as Beira loves bacon. The couple were sure that if Beira caught a whiff of the bacon and hear their voices their plan would work. On the ninth day of their search, they posted on their Facebook page: “We planned to go up as soon as we could and cook bacon near the last confirmed sighting.”

They carried out their plan and the smell of bacon was wafting in the air, it didn’t take long for Beira to emerge from the bushes and happily ran towards Kacey and Chris. Both of them were overjoyed to be finally reunited with their furry friend.

Watch the reunion of Beira and her owners:

BEIRA LOVES BACON!
It was such a surprise when Beira came running around the corner and back into our lives. This is just moments after she appeared. She is down a few pounds but she was still full of energy!
Posted by Best of BEIRA on Tuesday, August 20, 2019

It was such a surprise when Beira came running around the corner and back into our lives. This is just moments after she appeared. She is down a few pounds but she was still full of energy!
Posted by Best of BEIRA on Tuesday, August 20, 2019

Although Beira lost eight pounds, the Husky was healthy and happy. The couple expressed their gratitude to the community for supporting and helping them in searching for Beira.

Kacey also shared what she got out of this experience. According to her, it is important not to give up when you lose your dog. Reach out to people who can help provide you with information and resources. With a little bit of luck, owners can be reunited with their lost dogs.

Many dogs love bananas. Can cats have bananas too, or should pet parents keep these fruits to themselves? Evaluate the benefits and risks of feeding … END_OF_DOCUMENT_TOKEN_TO_BE_REPLACED 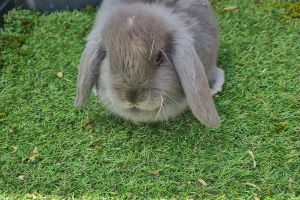 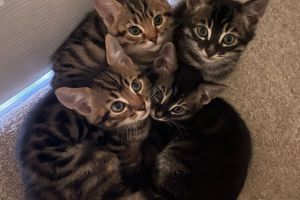 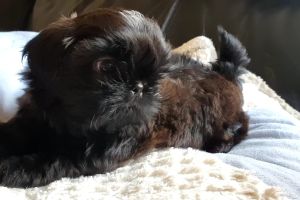 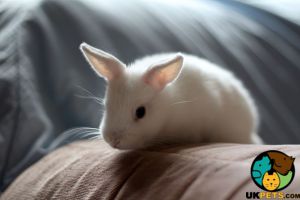