The Pros and Cons of Owning a Doberman Pinscher

The Doberman Pinscher makes a fantastic family pet with the right dog owner. Are you the perfect fit for this loving and majestic breed? Knowing the following pros and cons of owning a Doberman Pinscher will help you figure out the answer.

What are the good sides of living with a Doberman Pinscher?

The Doberman Pinscher has many outstanding traits, making him highly valued as a canine companion. Below are some of the reasons why this gracious breed is loved by many:

1. The Doberman Pinscher is brains and brawn.

Doberman Pinschers are stunning dogs with athletic builds and formidable appearances. They exude elegance, confidence, and boldness. But that is not just all there is to the breed.

The Doberman Pinscher ranks high up on the list when it comes to intelligence. He is consistently in the top 10 smartest dog breeds.

It is no surprise why the Doberman Pinscher breed is also one of the most trainable dogs. He can live up to his true potential with the correct training methods and assertive leadership. He can learn the simplest task and even the most complex ones.

2. The Doberman Pinscher is an all-purpose canine.

The Doberman Pinscher began as a protection dog in the 19th century. The Dobie was developed by a German tax collector named Louis Dobermann using dog breeds like the English Greyhound, Short-haired Shepherd, Black and Tan Terrier, Manchester Terrier, and Great Dane.

However, as time passed, he gradually became a versatile working dog. His high intelligence and drive to perform just about any task allowed him to excel in various canine work.

The Doberman Pinscher is one of the top dog breed options when it comes to police, military K9 work, and search and rescue operations. The breed also proves to be highly skilled as a guide dog for blind people and a popular therapy dog in old people’s homes.

3. The Doberman Pinscher is extremely loyal.

Doberman Pinschers are fearless family guardians. Once they recognise who belongs to their pack, they are more than ready to lay down their lives for them. Alert and dauntless, these dogs do not only make great family pets but guard dogs as well.

The Doberman Pinscher breed is protective of his loved ones, but he is not aggressive. The Dobie is wary of unusual people and animals. He only attacks if he is provoked, especially if he perceives that his owner is in great danger.

Because of the Doberman Pinscher’s intense familial devotion, the breed should be socialised at a young age.

A Doberman Pinscher puppy needs time to train and learn that not everything around them is a threat that he should be scared of. The process will help him feel comfortable in the presence of strangers without becoming overly protective.

4. The Doberman Pinscher is a Velcro dog.

The Doberman Pinscher is a very affectionate family dog, which contrasts his domineering appearance. He will often follow his owner around the house, wanting to participate in everything his humans are doing.

Include your Doberman Pinscher in various family activities as much as possible. This dog breed often bonds closely to one family member, but he will be more than happy to accept belly rubs and cuddles from his other loved ones.

The Doberman Pinscher breed is a good fit for families with older children. He can thrive in households with toddlers and infants as well. However, intensive training is necessary to ensure that he behaves well around them.

Children must also be taught how to behave around their canine companions. No ear tugging, tail pulling, or shouting during playtime.

Most of all, you must be there to supervise their interaction to maintain a safe and happy playtime.

5. The Doberman Pinscher is always ready for action.

Doberman Pinschers are highly active working dogs. They are good family pets who would love to join their family member in their day-to-day exercise.

The Doberman Pinschers breed might not be for you if you have a sedentary lifestyle. An average Dobie needs 2 hours of physical exercise and mental stimulation every day. Negligence of these needs will make them prone to destructive behaviour and hyperactivity.

Because of the Doberman Pinscher’s high energy levels, he is not suited for apartment dwellings.

Are Dobermans high-maintenance? No, they are not. Fortunately for Dobie owners, they have short wash-and-wear coats that need weekly brushing. Using a grooming mitt or a short bristled brush is enough to get rid of dead hair and debris on his fur.

Do not forget to carry out other grooming routines. Bathing should be done occasionally when it’s required. Trim his nails and clean his ears weekly.

Brush the Doberman Pinscher’s teeth daily, if possible. Twice or thrice a week at the minimum. You may supplement his dental care with dental dog chews as they can help remove tartar and prevent bad breath; however, they are not a replacement for the regular dental cleaning routine.

What are the not so good sides of having a Doberman Pinscher as a family pet?

Owning a Doberman Pinscher also entails being knowledgeable of his potential downsides. Here are the drawbacks of the breed:

1. The Doberman Pinscher is susceptible to several health conditions.

Are Dobermans unhealthy?
Sadly, the answer is yes. The breed belongs to the top 20 unhealthiest dog breeds.

The Doberman Pinscher is prone to several health issues. Some of these are rather serious conditions, such as dog bloat, whilst others are genetically predisposed to the breed. These include dilated cardiomyopathy (DCM), hip dysplasia, and von Willebrand disease.

Most of these Doberman Pinscher health conditions can be prevented by getting the Doberman Pinscher puppy responsibly. Do your research, understand the breed, look for a credible and ethical breeder. Their parent dogs should be thoroughly tested before breeding.

2. The Doberman Pinscher is prone to separation anxiety.

The Doberman Pinscher breed was bred to have a strong bond with his owner and family. If he goes through his day without interacting with them, he may feel distressed and experience separation anxiety.

Most Velcro dogs are highly likely to suffer from this behavioural problem.

Consider hiring a dog sitter if you and your family members are away from home most of the day. Provide him with various dog puzzle games and interactive toys. These things will keep him entertained for hours.
Read: Your Digital Dog-Sitter

3. The Doberman Pinscher can be dominating during training.

Whilst the Doberman Pinscher is easy to train and intelligent, some challenges may still pose along the way. One of that is Dobie’s headstrong and dominating nature. He needs a pet owner with strong leadership who will confidently guide him.

Doberman Pinschers will not hesitate to challenge the authority of indecisive dog owners. Thus, the breed is not the best choice if it is your first time owning a dog.

Use positive reinforcement when training the Dobie. Incorporating punishments and harsh methods is greatly discouraged, as this can lead to dog aggression.

4. The Doberman Pinscher is prone to same-sex aggression.

Doberman Pinschers can be intolerant towards dogs of the same sex. Most of the time, it is a way of establishing dominance.

Spaying or neutering both dogs can lessen same-sex aggression from occurring. Gradually introducing them and ensuring that they are well-socialised during their puppyhood will also prevent this undesirable behaviour.

5. Stigma towards the Doberman Pinscher breed.

The Doberman Pinscher is labelled as one of the most dangerous dogs. This stigma can be traced back to the breed’s involvement during the Wars. The US Marines trained Dobies as messengers, sentries, and scouts. Due to their experiences in warfare, many Doberman Pinschers suffered behaviour problems.

However, Doberman Pinscher breeders of today made sure that the aggressiveness of the breed’s predecessors has mellowed out. The Dobies we see now are more even-tempered and friendly.

Moreover, the Doberman breed standard emphasises that the dog’s shyness or viciousness is an undesirable trait.

If a Doberman Pinscher does exhibit aggressiveness or timidity, he may result from poor breeding or abusive ownership. Lack of training and socialisation can be detrimental factors as well.

Train your Doberman Pinscher puppy to become a well-behaved dog to help him combat the stigma that the breed is facing.

6. Adhering to extra regulations when travelling with a Doberman Pinscher.

Travelling with your Dobie to other countries can be tricky. Oftentimes, the breed is considered dangerous in some countries. Thus, you and your dog are required to follow certain protocols.

For instance, countries like France will require him to be muzzled and on-lead in public spaces and public transport.

Every country has a different set of rules before you travel with your Doberman; research as much as you can about their laws that might affect your journey with him. This will ensure that your days travelling with your pet will be smooth sailing.

Travel restrictions on breeds viewed as dangerous like the Doberman Pinscher are highly debated. Many argue that they are discriminatory and promote more stigma. They highlight that breeds do not need to be banned.

However, people who plan to get a dog should educate themselves on responsible canine ownership. This will ensure that their canine companion grows up to be well-behaved wherever they are.

The fluffy French Bulldog’s unclear origins had people wondering if he is a mixed breed or a purebred. Find out how fluffy Frenchies developed this … END_OF_DOCUMENT_TOKEN_TO_BE_REPLACED 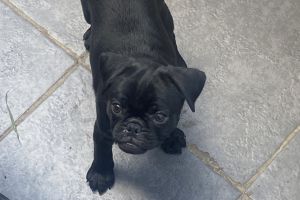 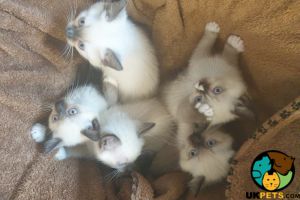 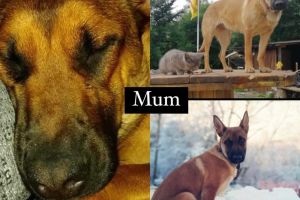 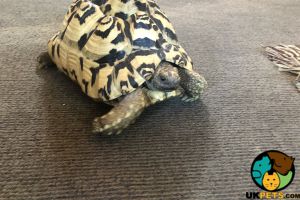