8 Most Asked Questions About Owning a German Shepherd Puppy

Courageous, highly intelligent, and hardworking, the German Shepherd dog  (GSD) is an extremely versatile dog. His multifaceted nature makes him one of the most coveted and popular breeds in the world. If you are looking forward to adding a German Shepherd puppy to your family, here are the answers to the 8 most asked questions of the breed that will help you prepare for GSD ownership.

1. How much is a German Shepherd puppy?

German Shepherd puppy price may range from £800 to £2,000. The pricing will depend on several factors, including if the puppies are kc registered, the number of puppies in the litter, their mum and dad’s bloodline, and the health tests and vet checks of the litter, the stud dog, and the dam.

Note that some German Shepherd breeders offer partly and fully trained German Shepherd pups. These puppies for sale tend to be more expensive, and their prices may go over £3,000.

If you are in search of a full-grown German Shepherd dog, expect to pay more too. GSDs that are specifically trained as protection dogs come at even higher prices. The cost of acquiring one can be as high as £15,000.

To find a less expensive German Shepherd puppy for sale, consider looking for one from an animal shelter, a rehoming centre, or a rescue organisation. Just note that some of these GSDs that are up for adoption are not Kennel Club-registered and full-pedigree dogs.

Adoption fees for the German Shepherd breed are around £120–£350, depending on age. Most of the time, it already covers the spaying or neutering, vaccination, and microchipping of your German Shepherd puppy.

2. Where is the best place to buy German Shepherd puppies?

The black and tan German Shepherd breed is often listed as one of the dog breeds with many health issues. He is highly vulnerable to many diseases. It can range from mild health issues such as allergies to deadly musculoskeletal disorders, including osteosarcoma.

Thus, dog owners need to buy health-checked German Shepherd puppies from reputable breeders. These types of breeders are devoted to improving and preserving the breed.

These German Shepherd breeders are focused on producing puppies that have undergone health checks. And they will not sell GSD puppies that are not yet ready to leave.

Tip:German Shepherd dogs sporting Long-haired fur are observed to have a more amicable temperament than their short-haired counterparts.

Other German Shepherd breeders are dedicated to creating show-line German Shepherd puppies. Since they mostly focus on appearance, the puppies produced often have an unstable temperament. They may be too shy, energetic, or jumpy.

To find a German Shepherd puppy suited as a family pet, look for a reputable breeder that aims to produce an even-tempered and trainable dog. Don’t go for the ones that strictly produce working or show-line GSDs.

German Shepherd puppies will experience a rapid growth spurt when they are around 3–6 months of age. The growth in height for males may slow significantly once they are around 9 months old.

For German Shepherd females, it takes around 8 months. They would be nearly as tall as full-grown GSDs around this time, measuring closely around 55–65 centimetres.

By 36 months, both male and female German Shepherd pups would have reached their adult weight, which is around 34–43 kilos. It would take 2 years for the GSD puppies to become fully grown.

Although fast growth is normal in German Shepherd puppies, overfeeding can lead to abnormal development in size. That’s because their bodies are absorbing excessive amounts of vitamin D, calcium, phosphorus, and protein.

It is extremely dangerous for German Shepherd puppies as it can result in painful skeletal disorders such as hip dysplasia and osteochondrosis. Thus, limiting your GSD puppy’s food intake is very important.

4. How much should you feed a German Shepherd puppy?

German Shepherd puppies are very playful and bursting with so much energy. Thus, their meals should have higher fat and protein contents as these are essential in replenishing their energy. Below is the recommended daily serving for GSD puppies according to age:

Keep in mind that overfeeding German Shepherd pups is highly discouraged. So split your puppy’s meals into 3 smaller portions. Another thing to remember is that transitioning him from puppy food to adult dog food should start when he reaches 12 months of age.

Yes, German Shepherd puppies’ ears should stand upright. It is undesirable for full-grown GSDs to sport drooping ears. Generally, a GSD puppy’s ears become permanently erect once they stop teething. However, for some, it may take about 8 months.

Anytime beyond that is an indicator that something is wrong with your German Shepherd puppy. Drooping ears can be a result of poor breeding or trauma.

To keep your German Shepherd pup’s ears safe from injuries, make sure that he does not roughhouse with other dogs. Young children, boys and girls alike, should be informed to avoid playing and rubbing your puppy’s ears.

Here are some things that you can try to help your German Shepherd puppy’s ear stand straight:

Tip #1: Exercise your German Shepherd pup’s ear muscles by making him listen to interesting noises. You can do this by calling your puppy’s name, whistling, or taking him on walks around the neighbourhood.

Tip #2: Give your German Shepherd puppy a chew toy as it stimulates his head, jaw, and neck muscles. These are important areas that help perk up his droopy ears.

Yes, German Shepherd puppies are highly trainable. They can learn a new command after only 5–10 repetitions. However, note that puppies have a short attention span. Thus, dog owners should know how to maintain their pup’s focus on training to achieve good results.

As they are easy to train, German Shepherd puppies are suitable for first-time dog owners. The GSD breed’s trainability is rooted in his origins as a versatile working dog. He was primarily bred to obey instructions and perform various tasks on farms.

7. When will a German Shepherd puppy stop biting?

The German Shepherd puppies are nicknamed ‘Land Sharks’ for their propensity to nip and bite. The most common cause of this behaviour is teething.

It usually starts when the pups are around 16 weeks old and will continue until they reach 24—32 weeks old. Ideally, after teething, their mouthiness will subside.

However, this may not be the case for all German Shepherd puppies. Some may continue to nip or bite because of either playfulness or fear. Sometimes, it is simply because the GSD breed naturally possesses a high prey drive. Regardless, do not ignore this behaviour as it can progress into a bad habit.

8. How to get a German Shepherd puppy to stop biting

Many GSD dog owners view the nippiness of German Shepherd puppies as cute and adorable. It is arguably true, but this should not be overlooked. Otherwise, they may end up inflicting injuries to their family, putting a strain on their bond. Here are a few tips to curb your German Shepherd puppy’s mouthiness:

Tip #1: Use the hand-targeting method.

This is a great technique to use on German Shepherd pups that are afraid of hands. The hand-targeting method will teach them that hands are non-threatening.

Start by extending your open palm to your German Shepherd puppy. If he sniffs it without biting, say ‘yes’ and give him a treat. Repeat until he continuously manages to control himself from mouthing your hand.

Avoid moving your hand too fast when extending it towards your German Shepherd pup. Slowing down your movement will prevent your puppy from being excitable or nervous. It will also prevent him from viewing your hand as a toy or a threat.

Chew toys play an important role in inhibiting your German Shepherd pup’s biting tendencies. If he is about to nip you, redirect his focus to a chew toy. By distracting your puppy with it, he will forget his intention of mouthing any parts of your body.

Tip #3: Know when to ignore and when to give rewards.

German Shepherd puppies can be quite tenacious. Thus, nipping accidents may happen whilst in the process of inhibiting this behaviour.

If your puppy bites you, firmly say ‘no,’ but don’t shout as it can scare him away. Then ignore his behaviour until he stops. Once he calms down, reward him with praise or a treat.

Training your German Shepherd puppy to stop biting requires consistency and patience. You will need to repeat these techniques a handful of times before accomplishing good results. Just keep in mind to focus on positive reinforcement and avoid rough punishments to keep training enjoyable for your puppy.

Lively, intelligent, and people-loving, the Australian Shepherd is a delightful breed filled with enthusiasm for life. There are growing numbers of … END_OF_DOCUMENT_TOKEN_TO_BE_REPLACED 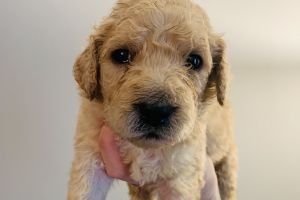 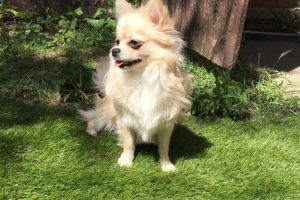 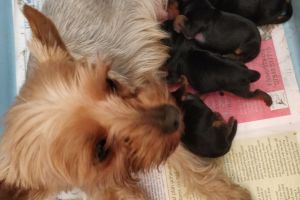 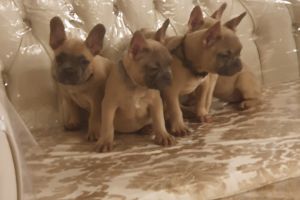