What Happens to UK Pet Travel After Brexit?

In 2019, the ambiguity of Brexit pushed many travelling pet owners to pay over £100 in vet expenses. The possibility of strict checks and tests on pets if ‘no-deal Brexit’ is decreed forced them to take extra tests for precautionary measures. Now that the UK is in its Brexit transition phase for 2020, what is the current state of pet travel in the country?

The Association of British Travel Agents (ABTA) states that “everything will remain the same” with regard to pet travel. Thus, pet owners can carry on travelling as they usually do.  Pets can travel together with their owners to and from other EU member states without quarantine. However, particular conditions must be met such as:

The current pet travel in the UK may change once the Brexit transition phase ends. On 31 January 2020, the UK formally ceased being a member of the European Union.  As a result, it becomes a “third country” in terms of EU classifications. According to the EU Pet Travel Scheme (EUPTS), third country has three categorisations: Part 1 Listed, Part 2 Listed, and Unlisted.

Pet travel requirements will change depending on what category the UK falls into on 1 January 2021. If the UK becomes an unlisted country by that date, an EU pet passport issued in the UK will not be valid for travel to EU countries.

In 2018, the British Veterinary Association (BVA) warned that if the UK ends up with a no-deal Brexit, it will be classified as an unlisted third country. According to BVA President Daniella Dos Santos, this will force pet owners to take additional steps and preparations at least four months ahead of their departure date. It also means that travelling with pets will likely become more difficult and costly. Aside from the rabies vaccination and microchip, blood titre test is also a requirement.

What is a blood titre test?

This type of test shows if the previous vaccine is still actively protecting the dog and informs the pet owner if there is any need to revaccinate. However, it is a time-consuming task that can be a bane to travellers, and here’s why:

However, it is worth noting that the test will only be needed on the first time their pets will take a trip into the EU once there is no deal between the two parties. Additionally, along with the blood titre test, pet owners must also acquire a health certificate.

In order to get one, the pet needs to be brought to the vet ten days before their travel date and costs £60. The estimated cost of the overall expenses that the ‘No-Deal Brexit’ might bring to pet owners is more than £210.

There were a number of cases where pet owners spent more than hundreds for extra vet fees. Although it was done out of necessity just in case the UK unsuccessfully strikes a deal with the EU, they cannot help but share their frustrations.

The UK veterinary industry has observed an increase in frustrated complaints from pet owners as they pay for likely unneeded tests. It got to the point that some cancelled their holidays because of the possibility of ‘no-deal Brexit.’

Andrew Monchar, a Two By Two Veterinary Centre vet in London, shared that he has encountered more rabies blood testing in the last six weeks compared to these past six years. Although it is hurting the client’s wallets and may turn out unnecessary in the course of time, it is the only alternative to prevent UK pets from being stuck in kennels, which is more costly.

According to Sheldon Middleton, a practising vet and a board member at the British Small Animal Veterinary Association (BSAVA), some of her clients would postpone their holidays. It is due to the probability that they may not travel just in time without the rabies blood test if they exit the EU with no deal.

The majority of her clients would avail the dog blood titre test on a ‘just-in-case’ basis, despite expressing their resentment of having to spend hundreds of pounds over something that might deem to be unnecessary. Carl Gorman, another BSAVA board member, added, ”They may be going through procedures which are costly for no good reason.’

It is worth noting that the whole country is dedicated to making travelling easier for pets. Pet owners are shelling out money for the sake of their pet’s safety during travel. Furthermore, the government is seeking discussions with the EU to have the UK as a listed third country to make acquiring pet requirements easier. 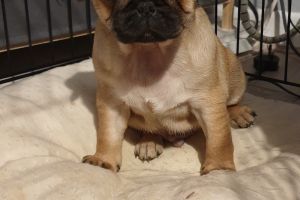 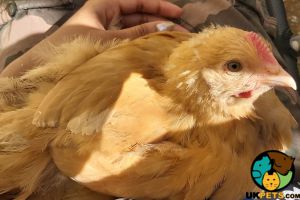