Pooch Gets a Fashion Makeover to Protect Her Tail

Debbie Haase Krueger brought home Sophie about a year and a half ago. From the moment the pooch was welcomed to the family, she became attached to her human companions. During the first few weeks in her new home, Sophie easily gets scared of almost everything. However, her family patiently supported her and little by little she was able to overcome her fears.

Debbie shared that Sophie is a very affectionate dog that loves the company of her family. Sadly, Sophie’s fondness for her human companions accidentally put her in harm. About a month ago, she was trailing beside Debbie as they were heading out of the room.

Sophie’s mom didn’t notice that her tail was in the way of the door until it was too late. She let out a distressed yelp but carried on walking as if nothing happened. It took a while for her family to spot that her injured tail.

Her family quickly rushed her to the vet and the injured pooch had to remain in the clinic for the rest of the day. She needed to undergo surgery for her tail to be fixed. Despite the accident, Sophie remained upbeat and cheerful.

When the surgery was done, the vet bandaged her tail and sent her home. At first, everything appeared to be fine with Sophie’s tail. However, after a few days, her family observed that her tail wasn’t healing. They brought her back to the vet again for examination. It turns out that something has to be done to Sophie’s tail or it wouldn’t heal.

After hearing the vet’s prognosis, the family were distressed. Their happy-go-lucky pooch cannot lose her wagging tail. The Kruegers would do whatever it takes to make sure that Sophie’s tail heals properly. It turned out there was a clever solution for the family’s dilemma. The vet advised to let Sophie put on some pants.

Debbie sent her older daughter to buy a pair of toddler leggings that was the right fit for their pooch, however, she ended up buying denim-like jeggings When they put the jeggings on Sophie, she refused to move for a few minutes and just stood there.

When she did start walking, Debbie can tell that it was difficult for her to move around. So the family turned the jeggings into capris by cutting holes on it for Sophie’s knees. After that, Sophie was able to move more freely without restrictions on her movements.

Two weeks have passed since Sophie started pulling off her stylish pants. It seems to be really helping her tail heal. Her family are bringing her back to the vet soon for another check-up to find out how much longer Sophie needs to wear her pants. Although she’s used to wearing the stylish pants, she’d be thrilled to get them off soon.

The fluffy French Bulldog’s unclear origins had people wondering if he is a mixed breed or a purebred. Find out how fluffy Frenchies developed this … END_OF_DOCUMENT_TOKEN_TO_BE_REPLACED 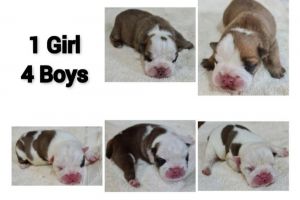 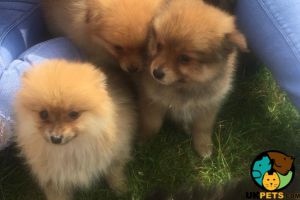 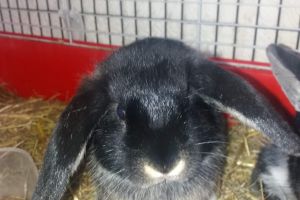 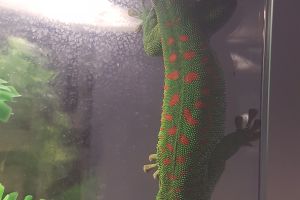