Whilst dogs are considered as man’s best friend, cats are dubbed as internet celebrities just by being naturally goofy, mysterious, regal, and of course, funny. Apart from cat videos, there are a lot of cat jokes and cat memes circulating on the internet. Cats are as quiet as a mouse regarding their precious secret. What is the greatest secret of cats’ success in dominating the internet? As they say, one cannot just watch one cat video and go. In fact, on YouTube, there are around 26 billion views for cats alone, which earned them the title as the single most popular category.

Here are some cat puns from the Reader’s Digest and National Braille Press.

What did the grandma cat say to her grandson when she saw him slouching?

– You need to pay more attention to my pawsture.

What did the cat say when he lost all his money?

What do you call a pile of kittens?

Why is it so hard for a leopard to hide?

– Because he is always spotted.

What do you call a cat that lives in an igloo?

What do you call a cat that was caught by the police?

What’s the worst kind of cat?

What is a cat’s favourite colour?

Why did the cat run away from the tree?

– Because it was afraid of the bark!

What is it called when a cat stops?

Here are some funny cat memes capturing these furry felines in their most candid moments.

It is no secret that cats have this strange fascination with windows. As curious creatures, it is unsurprising why cats prefer watching the outside world than the inside of the house. Your cats find the view of birds, squirrels, and bugs just on the other side of the glass more interesting.

Look at that cat looking proud of her work of art! One way to help keep cats away from boredom is to provide them with interactive toys. Give her a string or a straw to playfully capture and let her enjoy a moment of triumph after a while.

It is an all-too-familiar scenario when your furry friend acts as a mother cat. In the wild, mother cats teach their litter of kittens how to hunt by bringing an injured or dead prey. So the next time you are welcomed with some ‘treats,’ instead of chastising your feline, understand her point of view. Perhaps she sees right through your incapability in catching your own ‘delicious treats.’

Like you, your furry friends are pondering about mind-boggling life questions, and What Do Cats Think About Us? You may be surprised.

Flattery is music to one’s ears. In the same way, felines crave an affectionate stroke in the preferred areas of their body.

Tip: A study suggests that cats love to be petted around the face, especially in areas where there are scent glands. However, when they are stroked near their tail, they are likely to exhibit more negative behaviours.

Cats are also a good source of inspiration. Check out some quotable cat quotes from people with great minds.

Cats are connoisseurs of comfort.

I would like to see anyone, prophet, king, or God, convince a thousand cats to do the same thing at the same time.

In nine lifetimes, you’ll never know as much about your cat as your cat knows about you.

We need cats to need us. It unnerves us that they do not. However, if they do not need us, they nonetheless seem to love us.

Socialising adult dogs may seem like a daunting task as some full-grown pooches are set in their ways. However, all hope is not lost. There are many … END_OF_DOCUMENT_TOKEN_TO_BE_REPLACED 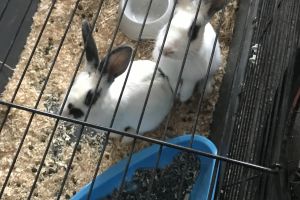 Cute rabbit family of 3 for sale 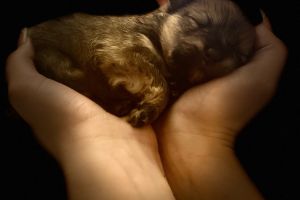 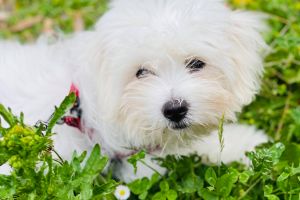 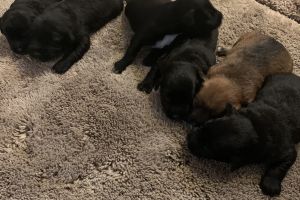