In 2008, a man called the Shy Wolf Sanctuary and told them about his eight-month-old puppy, Yuki, is growing much larger than he expected and he couldn’t look after the pup anymore. After a day, the same man dumped Yuki to a kill shelter.

The kill shelter employees noticed the unusualness of the puppy, they decided to reach out to the Shy Wolf Sanctuary. After the call, arrangements were made and Yuki was sent to the Shy Wolf in Naples, Florida in that same year.

The sanctuary has become his home ever since. He is a goofy puppy and the employees are smitten by him. Yuki has even become attached to one of the volunteers in the Shy Wolf named Brittany Allen.

The sanctuary performed a DNA test on Yuki to find out exactly what breed of dog he is. To everyone’s surprise, Yuki turns out to be a wolfdog hybrid. The results of the DNA testing shows that Yuki is 87.5 per cent grey wolf, 8.6 per cent Siberian husky, and 3.9 per cent German shepherd.
You may also like:

Whilst everything went smoothly after Yuki was rescued from the kill shelter, another problem emerged. Just this year, it was found that he was terminally ill. Yuki is suffering from blood cancer which is an incurable illness. In order to raise money for him, the Shy Wolf posted photos and videos of him on social media.
There was one particular video which shows how huge the wolfdog is compared to a human. Yuki is about 5-foot-4-inch tall and weighs around 120 pounds. The video received more than 65,000 views on Instagram and made Yuki an instant dog celebrity. His large size has awed many people. Whilst most of them believed it to be true, others speculated that it was Photoshopped. Brittany debunked their theories by writing a post on Instagram: “It’s just his fat angle guys. We all have one.”

There were a number of people who wanted to adopt Yuki, but the sanctuary had to turn them down because of Yuki’s illness. Recently, Shy Wolf posted on their Facebook page: “Sorry everyone, but I am not available for adoption. I am 12 years old and terminally ill so I will be staying with Shy Wolf with my pack friend Bella in our enclosure. However, you can sponsor me!”

To sponsor Yuki and also support the rest of his furry friends at the sanctuary, you can visit this page for more details.

The winter season does not only bring in a festive ambiance and cold weather. It also drags along a number of threats that can endanger our dog’s … END_OF_DOCUMENT_TOKEN_TO_BE_REPLACED 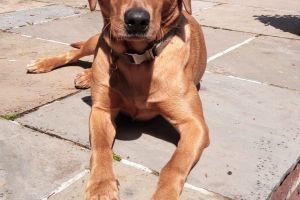 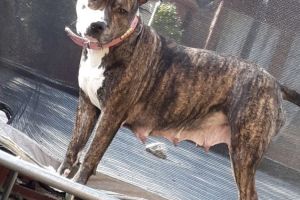 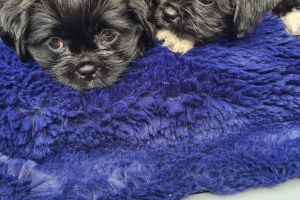 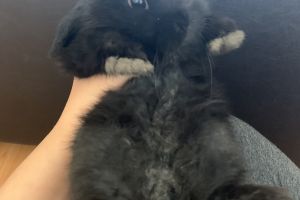