Your growing puppy is set on a journey towards different stages of puppy development. Understanding puppy development puts you on the right track in rearing a puppy to be an obedient canine. Each stage demands particular care requirements. With that in mind, be sure to be a model pet-parent by providing the right puppy supplies and necessary training including crate training, house training, and others.

At what age do puppies mature? How long does the puppy stage last? Depending on the breed’s size, some puppies may mature earlier, especially the smaller ones. Moreover, the giant breeds such as mastiffs and Newfoundlands take a longer time to fully reach its physical maturity.

Here is a timeline of your puppy’s development stages from birth to adolescence:

At birth, you will find a puppy with his eyes and ears closed. They are almost blind and deaf with only three working senses: touch, taste, and smell. On this period, they completely rely on their mother, and when separated, puppies will actively seek by whining and crawling. The dam will provide warmth, food, and clean all potty activity.

At two weeks, puppies attempt to open their eyes and ears. However, vision and hearing may be poor at first.

A puppy’s eyes and ears start to open, with senses improving daily. At this point, puppies are able to respond to the light, sounds, and movement all around. Whilst on the first stage they sleep most of the time, in the transitional stage, puppies will get more mobile on their own. They already have enough strength to stand, but expect some stumbling or failed attempts. They tend to crawl rather than walk.

At this stage, they learn to recognise their mother and littermates. They start showing sociable signals as well. They may try to growl and wag their tail at each other. Sibling-to-sibling play-fight can be observed as well.

When can puppies fully see? A puppy’s senses rapidly develop at this stage. They are now alert and aware of their environment. They have figured that they are dogs with littermates and humans as part of the environment. They are now able to regulate their own body temperature and know when to poop and pee on their own. Not only that, they now recognise the ‘real’ food, hence they demand less nursing from the mother. Puppies may start to mimic the dam on how to groom themselves, go to the toilet, and other dog behaviours.

At around four weeks of age, pups will begin to venture on the social aspect of life. They will slowly learn not to bite all the time and the proper interaction both with their littermates and humans. The discipline and manners should be taught by the dam as she gently establishes herself as the pack leader. As such, you should remember not to overdiscipline the youngs until later in life. Instead, spend time to play with them to let them get used to you and your family. It is important to establish respect rather than fear from the puppies at this stage.

By this time, you should consider introducing the first of the two stages of dog vaccinations in preparation for socialisation with other dogs. Learning phase is at a rapid rate. Puppies are now more responsive to socialisation on new dogs, new people, and new experiences.

Although not all, a few still undergo the phase of overzealous fear over a number of things. To help a puppy on this process, avoid exposure to potential triggers such as traumatic situations, harsh discipline, and loud voices. The reassuring presence of familiar people and the dam will also help overcome the fear.

Upon or nearly reaching twelve weeks of age, remember to introduce the second stage of your pup’s vaccinations. This provides protection as pups begin to socialise with other canines in public areas.

Tip: Avoid going outdoors when puppies are not fully vaccinated.

At this point, major changes and adjustments have already taken place. The juvenile period can occur at any time, from a year for smaller breeds to 18–24 months for large and giant breeds.

Introduction to training programme is now possible. Puppies have short attention span, so make training fun, consistent, and short. Although be warned, puppies may experience a phase where they will try to test your authority by biting or declining to follow certain commands. As such, it is important to be firm on commands in a non-threatening way. Do not reward bad behaviour as it will further encourage your pooch. Teach them appropriate behaviours as early as now to prevent potential behavioural problems in the future.

At this point, pups have reached the final stage of puppy development. A pup may now show the following behaviours:

How do you cope with adolescence? Do not lose hope; this stage will not last forever. It is important to keep or intensify training. Provide them with lots of praise and rewards in every good behaviour they exhibited. This is a way to boost their self-esteem and at the same time a good way to release their pent-up energy.

Upon reaching one year of age, you deserve a pat on the back. You will now see how you have raised your pup. Hopefully, he has become a happy, sociable, obedient, and well-balanced canine. Are you ready to have one? Look here for dogs for sale in the UK.

The winter season does not only bring in a festive ambiance and cold weather. It also drags along a number of threats that can endanger our dog’s … END_OF_DOCUMENT_TOKEN_TO_BE_REPLACED 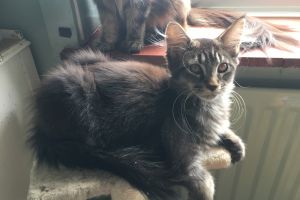 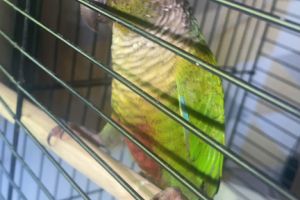 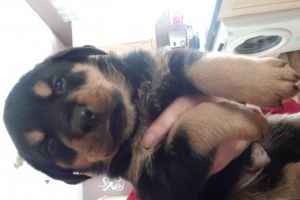 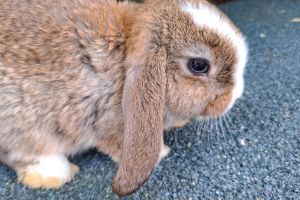