Puppies have fragile bodies and immune systems as they are still in the process of growth and development. So when they start vomiting, worry and distress set in on their pawrents. Many factors can suddenly trigger puppy vomiting.

Read on to discover what these are and learn how to manage puppy vomiting.

Why is my puppy throwing up?

Is it normal for puppies to puke? Vomiting is the forceful expulsion of your dog’s contents in the stomach. It is not uncommon for puppies to throw up.

An upset stomach is the most common cause of dog vomiting. However, throwing up may also be a sign of a health problem. When should you be concerned about your puppy’s puking? There is a wide range of reasons why puppies throw up, including:

Tip: Signs of a more severe condition can be reflected in your pup’s behaviour.

Cause of Puppy Vomiting #1: Empty Tummy

Cause of Puppy Vomiting #2: Eating Too Fast

Gluttony is common in puppies. This is especially true with several puppies eating from the same bowl. When they get greedy, they dive straight into the food, which often leaves them overstuffed.

As soon as the puppies play and run around the house, they are likely to throw up what they have just consumed. This is likely the case in a puppy vomiting undigested food not long after eating.

If you have two or more puppies, it is best to feed them in separate bowls to eliminate competition. A slow-feeding bowl is recommended because it slows down eating, which will give the puppy enough room to digest food.

Cause of Puppy Vomiting #3: A Change in Diet

Is your puppy vomiting white foam? That is a sign of GI distress. Puppies are known to have fragile and sensitive tummies. A sudden change in their diet may cause problems with their digestive system.

How do you switch or introduce new food? Try to create a mixture of both new and old foods as a gradual transition.

Remember that a puppy throwing up can be a result of providing table food, as some of the human meals might seem perfectly healthy to us but harmful for adult dogs, let alone puppies. As such, try to minimise or avoid it altogether.

Cause of Puppy Vomiting #4: Food allergy or Sensitivity

Though rare, some puppies could develop allergies or sensitivities to certain food or ingredients. Both food allergies and sensitivities result in an upset stomach followed by puppy vomiting.

To lower the chances of triggering food allergies in your puppy, consult the vet before making changes in his diet. Another thing to remember is to introduce a new food in small amounts.

Then watch out for signs of allergies. If your puppy shows these symptoms, stop feeding him the new food and get him checked by the vet.

Is your puppy vomiting undigested food? It could be due to ingesting something inedible if it is coupled with clear liquid or yellow-green bile.

Young puppies explore the world by gnawing and chewing on anything they could get their paws on. This includes a piece of bone, your socks, plastics, chewing gum, or any object within their reach.

This can cause blockage in his GI tract, which can lead to puppy vomiting. If this happens, please take him to the vet immediately.

A puppy throwing up or drooling on his first car ride is normal. The stress causes him to vomit. Also, having a full tummy in a moving vehicle can be very uncomfortable for your pup.

According to Dr. Patty Khuly, “Most pups ‘grow out’ of this. The inconvenient neurochemical dynamics of canine motion sickness seem to even out either with age or with practice.”

If carsickness persists after a few rides, it might be due to anxiety. It is best to seek advice from your vet. Alternatively, take training classes that would ease your dog’s anxiety.

Apart from the mentioned causes above, puppy vomiting can also be a symptom of other illnesses, which include:

Do puppies vomit when teething?

The occurrence of vomiting in puppies is uncommon when teething. However, if your pup’s teething is very painful, he may experience vomiting, lethargy, and diarrhoea.

To avoid placing too much pressure on his stomach and throat, split his meals into 3–4 portions.

With that said, puppy vomiting whilst teething should not last for a long time. If these symptoms persist, get your puppy checked by the vet.

What can cause a puppy to have diarrhea and vomiting?

Several different reasons can cause simultaneous puppy vomiting and diarrhoea. The onset of both of these conditions may be due to:

Puppy vomiting and diarrhoea can suddenly become life-threatening if not given appropriate treatment. These can cause your pup to experience severe dehydration potentially. Seek advice from the vet immediately if he has vomited multiple times and several bouts of diarrhoea.

A puppy that vomits due to canine parvovirus will have a thick and foamy consistency. Its colour may have a yellow-brownish tinge or the same shade as coffee, which is a sign of blood.

Other symptoms to watch out for are energy loss, fever, hypothermia, and bloody diarrhoea. The stools will often have a yellow or mustard hue.

If your puppy exhibits these signs, he needs urgent medical care. Canine parvovirus is extremely deadly, especially to puppies. Without immediate vet treatment, death may become an inevitable outcome within 48–72 hours.

What should I do if my puppy throws up?

As a dog owner, it is deeply concerning to see your puppy throwing up and getting sick. However, it is important not to panic. Observe his symptoms. Some cases of puppy vomiting are only mild and short-lived. Here are some measures that you can take whilst monitor his condition:

Once the time for withholding his food is up, start feeding a bland diet to your pup. It can be composed of 2 parts boiled white rice combined with 1 part boiled ground chicken.

Use lean meat as too much fat can upset your puppy’s stomach further. Make sure that you have completely removed the bones and skin. Try serving 1/2 cup per 23 kilos every 1–2 hours. If your puppy vomits after eating, give him a lesser amount of food the next hour.

Note: Do not use leftover rice. Newly cooked rice has a much higher starch content, which binds food in your pup’s stomach.

When should I take my puppy to the vet for vomiting?

If your puppy has quickly recovered without showing any symptoms within 12–24 hours, he will likely be okay. However, if puppy vomiting persists, it is best to bring him to the vet for a professional diagnosis.

Some symptoms accompanying his vomiting may indicate that he needs to be taken to the vet ASAP. Immediate medical attention is necessary when the following signs manifest:

How do you induce vomiting in a puppy?

Inducing vomiting in puppies is usually recommended as first aid in instances of poisoning. However, keep in mind that it should only be done with the consent of an expert. Thus, be sure to call your vet beforehand as a safety precaution.

Below is the step-by-step guide on how to induce vomiting in a puppy:

It is highly discouraged to induce vomiting if your puppy is weak, unconscious, suffering from medical conditions, or frequently throwing up.

This first-aid method is also not advisable for brachycephalic dog breeds as they are prone to breathing difficulties. The best course of action is to seek immediate medical help.

How to diagnose and treat puppy vomiting

To stop your puppy from throwing up, the vet needs to determine the underlying cause. He will run a few diagnostic tests such as X-rays, blood work, stomach ultrasound, and faecal analysis to make an accurate diagnosis.

Severe conditions will require more diagnostics, including examining Addison’s disease, a blood test for pancreatitis, or surgery to acquire biopsies.

Treatments for puppy vomiting caused by stomach inflammation are commonly composed of anti-nausea medication and switching to a bland diet.

Surgery, intensive therapy, and hospitalisation with injectable medication may be required as puppy vomiting treatments for more serious conditions.

Many dogs love bananas. Can cats have bananas too, or should pet parents keep these fruits to themselves? Evaluate the benefits and risks of feeding … END_OF_DOCUMENT_TOKEN_TO_BE_REPLACED 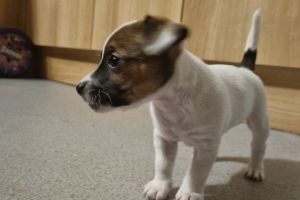 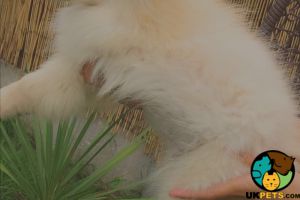 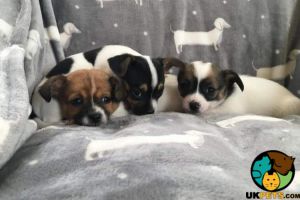 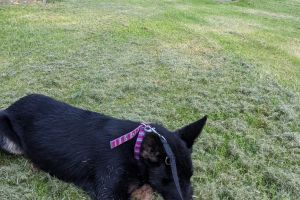