Rabbit breeding is not an easy task. Knowing how the process goes helps in successfully producing new litters. Here are the answers to 8 most asked questions about rabbit breeding and mating.

What are the different stages of the rabbit breeding cycle?

On the other hand, it takes longer for giant breeds to mature sexually compared to the other breeds. It occurs when they are 6–9 months of age.

Rabbits, unlike other mammals, do not experience regular oestrus cycles. They are induced ovulators, meaning ovulation takes place after mating.

This is because sexual intercourse, instead of a hormone cycle, primarily triggers the release of eggs in female rabbits. As a result, ovulation commonly occurs within 9–13 hours.

Does or females bunnies have a mating cycle or sexual receptivity. This process involves behaviours that aid in fertilising her eggs.

They are receptive to mating about 14 of every 16 days. If the doe is in heat and the male rabbit is virile, mating will occur immediately.

How long does it take for rabbits to mate?

Rabbits are quick to finish mating. The act lasts for about 20–40 seconds only. If rabbits don’t mate, attempt to let them mate again after 3–4 days.

Gestation generally occurs between the mating and birth of the baby rabbits. It is commonly known as the pregnancy period. A bunny’s gestation period takes about 31 days.

During this rabbit breeding period, you should provide proper nesting materials like wood shavings, straw, and grass in your rabbit’s nesting box. You must also give the doe additional quantities of food for 10–15 days of her pregnancy.

Put a nest box inside the doe’s cage 28 days after breeding. Make sure that the nest box contains 1–2 inches of pine shaving. The top should be filled with straw and a few timothy hays. These will provide insulation for the kits when they are born.

1–2 days before giving birth, the doe’s motherly instincts will kick in, and she will start building her nest. Avoid placing the nest box too early in the cage as the doe might use it as a bathroom rather than a nest.

It is known as the process of a bunny giving birth to her offspring. Kindling usually happens in the late evenings or early mornings.

It only takes 7–30 minutes for a rabbit to give birth; however, sometimes, all the litters are not continuously born. Others are born after several hours or even a day. About 6–12 young rabbits can be produced over a single kindling.

2. What is the rabbit breeding age limit?

There are no standards set on the age limit of breeding rabbits. However, the assumed age limit for bucks would be 5 years old because if you calculate it to human years, that will make him 45 years old.

As for the does’ age limit in rabbit breeding, it would be when they have reached the age of 4, which equals 40 years old in human years.

On the other hand, your pet rabbits’ willingness to procreate and physical condition also play a role in deciding when to stop breeding them.

Some bunnies still want to mate even if they have reached the assumed age limit, while others burn out at a young age. If this ever happens, do not force them and let it be. Since mating is done out of instinct, their bodies will tell them when to stop.

3. How do you tell if a doe rabbit is ready to mate?

The doe may exhibit behaviours to the buck that signal that she is receptive to mating, especially when she is in heat. It includes “presenting herself” to her mate and consequently lifting her tail when touched or lying on her stomach.

Other mating signals include wanting to be with other bunnies, acting restless, and rubbing her chin on feed and water containers or other equipment.

You can identify if the doe is ready to breed by observing her reproductive organ. If her vulva is moist, slightly swollen, and has a purplish or reddish colour, these are signs that she is ready to mate.

Rabbit breeding is a straightforward process, requiring minimal coaxing the doe and buck to copulate. Here are the steps to take in mating your rabbits:

1. The doe is placed inside the buck’s cage.

Rabbits are territorial animals, especially does. So if you try to put a buck inside a doe’s cage, she might become aggressive. Therefore, there is no other way around it but to put her in his cage.

2. Both rabbits will start to interact.

They may play, the buck may chase the doe around the cage, or the doe may simply lie still whilst the buck makes a move. Be patient and let them take their time.

3. The coupling will start.

After a few sniffs, the buck will know his situation. He will go to the rear end of the doe and proceed to mount her. If she is receptive, the doe will hike up her hindquarters.

4. End of the rabbit mating.

How to tell if rabbit mating is successful

The most common sign of successful mating is when the buck grunts and falls off the doe after mounting. He may also thump his hind feet after completing the act.

However, note that the buck will ejaculate in some cases but misses even though he exhibits the signs of successful mating.

5. How do you breed rabbits successfully?

Breeders usually initiate second mating after the first attempt to increase the success rate of breeding as well as the litter size. However, there should be a time delay between the 2 mating acts.

Thus, it is a good idea to let the buck breed the doe 8–12 hours after the first mating has occurred.

6. How many litters can a rabbit have in a year?

If rabbit breeding happens unhindered, bunnies can produce 11–12 litters annually. However, this is not a safe breeding method as frequent pregnancies can endanger the doe and her litter.

Thus, a 2–4-week break is needed before breeding the doe again after every pregnancy. She can birth up to 3–4 litters every year if you follow this plan.

7. What are the common rabbit breeding problems?

8. How to breed rabbits for profit

Raising rabbits for profit takes time, commitment, and effort, but it is worthwhile. Below are a few tips to give you a head start in founding a pet rabbit farming business:

A Challenging Process but Worth It

To successfully breed rabbits, there are many things that rabbit owners should know, such as the ones listed above.

These things would help them identify the appropriate moment to start breeding and mating their rabbits, the steps on how to do it, and the responsibilities they should take to ensure that their pets are in good condition to breed.

Black French Bulldogs are in high demand but hard to find. Hence, they remain a mystery to many pet owners. Know more about rare black Frenchies and … END_OF_DOCUMENT_TOKEN_TO_BE_REPLACED 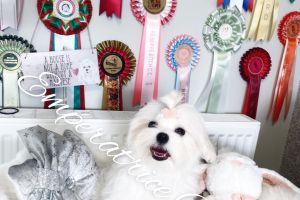 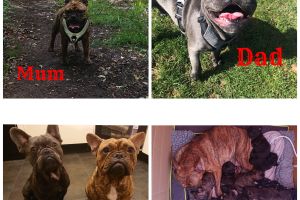 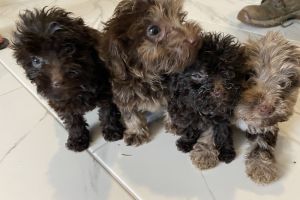 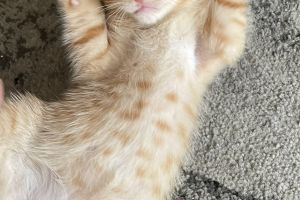 Kittens Looking for a New Home