Rainbow Equine Hospital: A Mirror of a Human Hospital

For thirty years, Rainbow Equine Hospital has been steadily advancing its medical services that range from dentistry, ophthalmology, to surgery. The medical assistance offered in the notable equine hospital rivals its human counterpart.

It shines a ray of hope for horses afflicted with horse flu and other viral diseases, being administered with effective treatments to help them gain back their proper health.

Taking a trip down the memory lane

The hospital started out as a humble clinic located in a farmhouse. It was founded by Bob Ordidge and Ieuan Pritchard back in the 1980s. According to Lorraine Colgan, a practice manager in the hospital, Bob would operate on steeds whilst chickens are flying above his head.

During those years, Bob and Ieuan observed mixed ambulatory practice. The two would balance the tedious tasks of making weekly visits to clients residing in Hull, devoting their time to the clinic, and weaving their magic on the basic facilities.

The clinic started out with a small group of people. Lorraine recollects that by the time she started out working at the clinic in 1996, there were two office girls, two nurses, and four vets employed.

However, the biggest addition to the group was  Alastair Nelson. He was a Cambridge graduate and a specialist in lameness diagnosis, and he became a part of the team in 1995. He was known to be very pragmatic and hands-on especially when it involves equine hospital equipment.

Alastair told the group that he would only join if they are able to institute state-of-the-art diagnostic methods. It includes a new laboratory, computerised tomography, and modern radiography system and bone scintigraphy. Additionally, he has a knack for modifying second-hand hospital equipment applicable to diagnosing diseases and administering treatment for horses.

What was once known as Ordidge and Pritchard became the acclaimed Rainbow Equine Hospital in the 1990s. Bob, Ieuan, Alastair, and the rest of the team steadfastly worked their way to improve its medical facilities that gained the hospital its current prestige.

The ardent efforts the whole team poured into the hospital for the past thirty years bore fruits of sweet labour. The outbuildings accommodate a computer suite, scanning equipment, and a completely stocked laboratory containing microscopes, hormone analysers, incubators, centrifuges, biochemistry analysers, and a multitude of Petri dishes and test tubes.

CT scanner is particularly used to swiftly examine injured horses to see if they suffer from any internal injuries or other types of trauma during an accident. Before, it was difficult to run a test on a horse since CT scans were only available for humans.

However, with the help of Alastair, who designed the very first standing CT scan catered towards horses, it is possible for veterinarians to easily locate any damaged body part, specifically head and leg, of a steed. CT scan is a part of the hospital’s most valued equipment. Additionally, this creation led to the widespread use of horse CT scan systems all throughout the UK and the US.

One of the most essential medical equipment within the Rainbow Equine Hospital’s facility is magnetic resonance imaging (MRI). It is a safe and non-toxic method in observing tissues, organs, and bones inside the body. MRI is primarily used for aiding in diagnosing diseases and other medical conditions. However, in the case of Rainbow Equine Hospital, they use it in scanning the horses’ feet.

Reportedly, almost 80% of the patients in the hospital were admitted because of issues concerning lameness problems located on their feet. According to Jonathan, who joined the hospital in the early noughties, “A horse’s digits are compressed into one and the ligaments and tendons and muscles are all in the hoof. MRI transforms what we can do.” There are over a thousand horses scanned by the MRI at the Rainbow Equine Hospital.

Another impressive medical feat that the hospital obtained is its laboratory. It is an independent type of lab where they are able to acquire various samples coming from all over the country. Rainbow Equine Hospital has the third-biggest equine in the country.

On the side note, tensions arise during the UK horse race as equine influenza or horse flu started to infect a few numbers of steeds. The discovery of four horse flu-infected steeds at Simon Crisford’s Newmarket yard led to the six-day shutdown of the British horse race.

The identified four horses positive of the horse flu was said to have received proper vaccination, which includes equine influenza prevention vaccine, within the last six months. This was done together with the other yards and aligned with the vaccination protocol.

On the other hand, the Animal Health Trust (AHT), which implemented the testing on behalf of the British Horseracing Authority (BHA), is handling “several thousands of samples” sent by yards across Britain.

On Sunday, BHA disclosed that almost one thousand five hundred samples had been examined without a positive test. Additionally, it has also validated that tests were also done on the remaining twenty-seven horses coming from Rebecca Menzies’s yard, where three suspected cases came back negative on Saturday. Although the yard’s test results on the horses were negative, further testing and tight surveillance will be put into effect.

Many dogs love bananas. Can cats have bananas too, or should pet parents keep these fruits to themselves? Evaluate the benefits and risks of feeding … END_OF_DOCUMENT_TOKEN_TO_BE_REPLACED 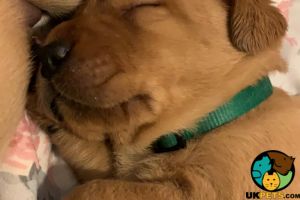 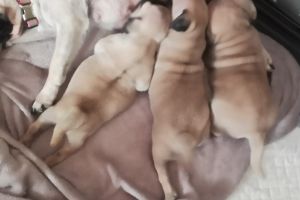 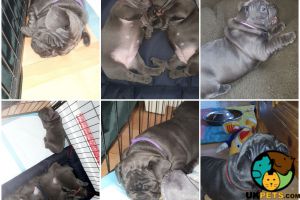 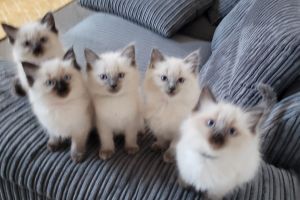