Welcoming your new Doberman Pinscher puppy home is a heart-warming moment. However, caring for your Dobie pup comes with many unexpected challenges.

Biting and lead pulling are some of the common struggles in owning a strong Doberman puppy. The breed’s vulnerability to canine bloat, a rare yet fatal genetic health disease, is also another cause of concern for new Dobie owners.

Manage these three Doberman breed-related dilemmas with the help of this article.

1. Why Are Doberman Pinscher Puppies Mouthy?

Many Doberman owners learned that raising a Doberman Pinscher puppy also involves dealing with biting tendencies. Nippiness is quite a natural behaviour in Dobie pups that comes with their young age. Their playfulness and teething can make them nippy.

Attempting to establish dominance in the household is also a common cause of this behaviour in these family pets. This is due to the breed’s utilisation during his early years.
Dobermans were originally bred as protection dogs or guard dogs by a tax collector named Louis Dobermann. He developed the Doberman Pinscher by breeding a variety of dogs including the German Pinscher and the extinct Black and Tan Terrier.

In World War II, these bold and courageous dogs were chosen to serve in various military canine work with the US Marine Corps. Their history as protection and military dogs made them intense canines that are prone to defying and testing the control of their owners, more so testing their patience.

Simple Tips to Stop Your Doberman Pinscher Puppy from Biting

Curbing your Doberman Pinscher puppy’s biting tendencies at an early age is crucial. It will prevent his mouthiness from becoming a big problem as he grows older.

Tip #1: Use toys to redirect your Doberman Pinscher puppy’s attention from nipping. It can be in a form of chew toys or frozen treats. When he is about to bite you, distract and divert his attention away from you by giving him a toy.

Do not forget to praise him afterward. Doing this consistently will make him learn that chewing the toy is what makes you happy and get him the fuss.

Tip #2: The Doberman breed will challenge his owner. Unlike some dog breeds, they will not outgrow this mindset even after puppyhood.

Be consistent and patient. Do not to lose your cool at times when your patience is wearing thin. Teach your Doberman Pinscher puppy from day 1 that you are the alpha of the pack, and he is there to chill and follow.

Know more tips on how to become an alpha here.

Tip #3: When you fail to redirect your Doberman Pinscher puppy’s attention and you end up getting nipped, tell him ‘no’ in a firm and clear voice.

Then redirect his attention to the dedicated chew toy. Then praise him again when he is sharpening his puppy teeth on the toy instead of your hand.

Tip #5: During playtime, skip games that will trigger your Doberman Pinscher puppy’s nippy behaviour. These include chase, tug of war, and playfully wrestling your pup.

Tip #6: Fear can lead a Doberman Pinscher puppy to bite. Thus, properly socialise and train your pup. Help him to get comfortable with other people and animals. Expose him to different situations so that he will not be on guard and nervous about things around him.

Tip #7: Every Doberman Pinscher puppy grows up at their own pace. Some may learn to stop nipping at their owners within a few weeks, whilst others will take months.

Be patient and consistent with your methods to set a clear expectation for your pup and avoid confusion. In the end, repetition will win.

Tip #8: All members of the family should know how to handle situations whilst your Doberman Pinscher puppy exhibits the undesired behaviour.

Let them understand that puppy mouthing might be cute. But it will develop into a bad or even dangerous behaviour if it is not nipped in the bud.

2. How to Get Your Doberman Pinscher Puppy Used to Be on a Lead

Dobermans do not go out of their way to cause trouble. But they will not back down a fight either. For this reason, it is highly advised that they should be on lead at all times whilst outside.

When training Doberman Pinscher puppies to walk on lead, lead pulling is a big challenge. Here are a few things you can do to manage this behaviour:

Tip #1: Use a non-extendable 6-feet lead together with a front D-ring harness when training your Dobie pup. Clipping the lead at the front of the harness will help deter your Doberman Pinscher puppy from pulling. When he pulls, it will throw him off-balance.

Avoid using a retractable lead with back clips since it will allow them to use their whole body strength to pull when the attachment is at the back of the harness.

Tip #2: A Dobie pup with pent-up energy is prone to lose focus. Thus, begin lead training after your Doberman Pinscher puppy is done with his exercise. As he has already exhausted most of his energy, he is more likely to be amiable during the training.

Tip #3: Teach your Dobie pup the release command, which is a part of basic dog obedience training. This is helpful in allowing your Doberman Pinscher puppy to distinguish when he is on command from when he is off lead to run around.

Many dog owners choose ‘okay’ as the command’s cue. However, since it is often used in daily speech, it is best to find other words to prevent confusing your Doberman Pinscher puppy. ‘All done’ and ‘finish’ are good command alternatives.

Tip #4: If your Doberman puppy starts pulling, stop walking and stand still. Wait for him to stop pulling on the lead and look back at you.

Reward him with praise or treat once he does. Then, start walking on the opposite direction. Once your pup follows, reward him again. After that, pivot to change direction and start walking again.

Soon enough, your Doberman puppy will understand pulling on lead has no benefit. It will only cause him to walk back and forth instead of going to his desired place. Be sure to reward him only if he is walking by your side and following your chosen direction.

Tip #5: Allow your Doberman Pinscher puppy to take quick breaks whilst on lead. This will make him understand that you get to decide when it’s okay for him to sniff and relieve himself.

It will also make him enjoy his lead training session more. Use the release command to do this. The breaks can be up to 5 minutes.

When raising a Doberman Pinscher puppy, you need to be aware of the health problems this breed is predisposed to. One of the life-threatening health issues the breed is highly at risk of is canine bloat.

It is clinically known as gastric dilatation-volvulus (GDV). It is a health condition wherein a dog’s stomach becomes distended.

Whilst the occurrence of dog bloat is rare, it can turn fatal without immediate vet treatment. The twisting of the dog’s abdomen can suppress blood flow to the heart and cause sudden shock.

Causes and Symptoms of Canine Bloat in Doberman Pinscher Puppies

Experts are yet to uncover the definite reason why canine bloat occurs. However, they believe that it is linked to the size and body structure of the dog. Large breeds with deep, narrow chests like the Doberman Pinscher are more likely to develop GDV.

Many varying factors may contribute to its development. Stress, large meals, excessively drinking water, eating before and after exercise, and gorging on food can increase the chances of canine bloat.

Doberman Pinscher dogs show any of the following symptoms if they are suffering from canine bloat:

Know that this condition can become deadly if treatment is not administered immediately. So, it is imperative to immediately take your Doberman Pinscher puppy to the vet if you think he has bloat.

How to Prevent Canine Bloat in Your Doberman Pinscher Puppy

GDV is not completely preventable, but there are several ways to decrease its chances of occurring:

Tip #1: Avoid feeding one large meal to your Doberman Pinscher puppy. Split his dog food into 2–3 small portions and serve it to him throughout the day.

Tip #2: Fast eaters are 5 times more at risk of bloat than slow eaters. If your Doberman Pinscher puppy is a voracious eater, consider using a puzzle feeder or slow feeder. It will hinder him from gulping down his food too quickly.

Tip #3: Avoid letting your Doberman Pinscher puppy drink large amounts of water. Whilst fresh water should be always available for your dog, limit it during mealtime. Offer only a few sips of water before and after mealtime.

Tip #4: Do not let your Doberman Pinscher puppy exercise right before or after mealtime. Exercising should be done an hour before meals and two hours after meals.

Tip #5: As mentioned earlier, stress and anxiety are associated with bloat. For this reason, maintain a relaxing and comfortable environment in your home as much as possible.

Do not make sudden changes in your Doberman Pinscher puppy’s daily routine to keep him from getting confused or distressed.

Many dogs love bananas. Can cats have bananas too, or should pet parents keep these fruits to themselves? Evaluate the benefits and risks of feeding … END_OF_DOCUMENT_TOKEN_TO_BE_REPLACED 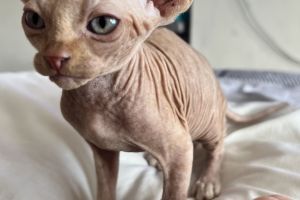 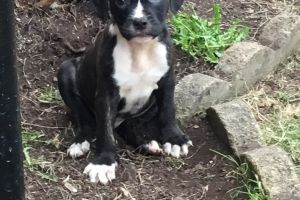 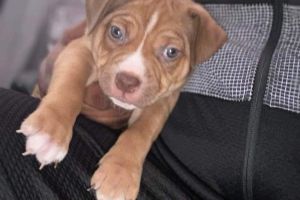 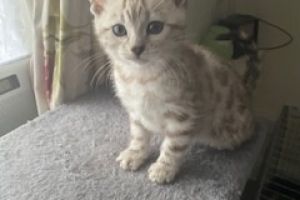 Tica Registered just in time for Christmas to love for ever