Do’s and Don’ts When Raising a Miniature Dachshund Puppy

Whilst the Dachshund dog breed was developed to hunt down badgers, the miniature dachshunds were tasked to hunt European hare from small burrows. They were originally bred for hunting purposes but they are now one of the most popular canines to own as pets.

They are intelligent, devoted, and most importantly, one-of-a-kind furry companions. How much do you know about this breed? Let’s delve into the do’s and don’ts when rearing a miniature dachshund puppy.

✖Don’t overfeed your miniature dachshund puppy.
✔Do stick to his nutritional requirements.

Obesity is a common problem amongst dachshunds. It can be life-threatening for your sausage dog as it contributes to additional stress to their spines and joints.

How much should you feed a mini dachshund? In general, small dog breeds particularly belonging to the Toy Group have a higher metabolism than the larger ones. They can easily burn energy in their everyday activities.

However, the best way to identify how much food they need is to determine their size and activity level. The more active they are, the more food they need to refuel.

As a general guide, a 6 month to a year old miniature dachshund puppy should take up to 600 calories per day. As for those with an active lifestyle, they can consume 900 calories or more. However, older canines or those with a sedentary lifestyle are limited to 470 calories.

A healthy diet will help dachshunds combat potential health problems and make them live a healthy life. Seek advice from your vet on your dog’s specific requirements.

✖Don’t disregard any sudden cries of pain from your Daxie puppy.
✔Do be sensitive and investigate any reasons for discomfort.

The simple answer is yes, mini doxies are vulnerable to back problems just like their bigger counterparts. It is believed that they may be more likely to suffer from spinal issues than other breeds. That said, you should know what signs to watch out for when one has back problems:

✖Do not allow his legs to dangle or hang whilst holding your Daxie.
✔Do use your two hands to support his body whilst picking him up.

How do you hold a miniature dachshund puppy? It is important to know how to properly handle a mini dachshund considering its susceptibility to back problems.

Never lift him with only a hand or by his paws or head alone. Use your two hands as you pick up your miniature dachshund puppy. One hand should support his chest and front legs whilst the other should support his hind legs and loin under his rear. This completely assures that his back is well-supported as you lift him.

✖Do not allow your miniature dachshund puppy to jump on high places.
✔Do keep a close eye on your mini dachshund especially when he’s in a playful mood.

What sets them apart from other canines are their short legs and stout long bodies which means there are certain limitations during strenuous activities. Know that extreme activities such as jumping high and dropping back down can affect his joints and spine that may lead to health issues. Discourage your daxie puppy from jumping on and off furniture without your supervision or assistance. Consider investing some furniture ramps where he can comfortably climb up and down instead of jumping.

So, is it bad for miniature dachshunds to jump? Yes! The consequence of jumping entails much more serious cases such as slipped or ruptured disks. To avoid these kinds of problems, it is best to make him understand that jumping is wrong early on.

Can a miniature dachshund puppy climb the stairs? Several times of climbing up and down the stairs can pose a threat to your mini dachshund especially when they are still a pup. It puts pressure on his back which can cause to develop Intervertebral Disc Disease (IVDD).

As it is impossible to watch your pup for 24 hours, there are certain things you can do to put your mind at ease. Consider having a baby gate posted near the stairs to prevent your miniature dachshund puppy from going up and down on his own. Install ramps for small staircases to assist him when going up and down every day.

Dachshund and Pug Cafés to Pop Up in Bristol

Dachshund and Pug Cafés to Pop Up in Bristol

The winter season does not only bring in a festive ambiance and cold weather. It also drags along a number of threats that can endanger our dog’s … END_OF_DOCUMENT_TOKEN_TO_BE_REPLACED 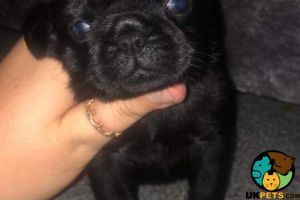 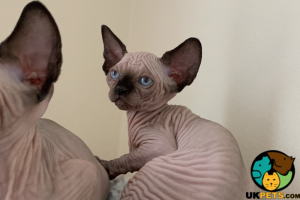 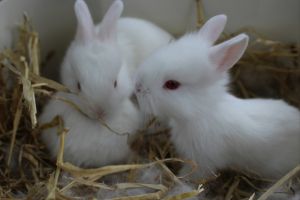 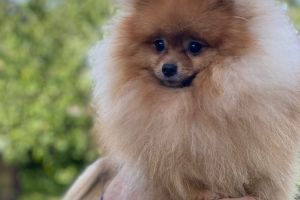