The residents living in an apartment complex located in Florida were puzzled to find a peculiar animal on their lawn. The mysterious furry guest was hungrily scrounging for food amongst the bushes. From afar, it resembles a giant rat or a wounded raccoon, but as it lifted its head, they were surprised to see such a strange-looking cat!

The stray feline looked nothing like any regular domesticated cat. He had a small, scrawny build and a dishevelled greyish-brown fur. Moreover, the skin surrounding his eyes and the top of his nose and muzzle was dark, smooth, and leathery. The strange cat closely resembles a little werewolf because of his rare physical characteristics.

The stray cat belongs to a breed dubbed as the Lykoi cat or famously known as the “werewolf cat”. Its name was coined because the feline’s super natural-looking features are akin to the werewolf in Western folklore. The Greek word “lykoi” means wolf cat in Greek.

The Lykoi breed originated in Tennessee, USA, and was introduced as a brand new breed by a breeder named John Gobo. He paired a domestic dark short hair with a Sphinx cat that has a natural mutant gene to breed a Lykoi.

Although a Lykoi is a feline breed, they share similar traits with dogs such as having a high-prey drive. They will actively search for potential preys in the house and chase them. Lykois are also overly wary of strangers but highly affectionate towards their close human companions.

As stated by Gobo, the Lykoi’s exotic features are a result of a natural-occurring genetic mutation. He said: “This genetic mutation occurs in natural conditions. We did not engage in human intervention, but only used this mutant gene to breed new varieties.”

Witnessing that the unusual feline was far from okay, the residents immediately called St. Francis Society Animal Rescue Association (SFSAR) to save him. Chris Poole, a cat rescuer and enthusiast, came to the rescue of the Lykoi cat.

As Poole reached the apartment, he immediately saw the grey cat skulking on the lawn. He can see that the Lykoi was not only malnourished but also afflicted with severe skin disease. To make matter worse, the cat was continually hunching down, which suggests his feet might also be injured. Poole knew the Lykoi needs urgent treatment by the vet.

However, another challenge showed itself. It appears that the Lykoi cat was terrified and tense. He was very wary of people and ran away when approached. Poole tried to entice him with food, but the Lykoi’s fear won against his hunger, and he refused to approach his rescuer.

Poole knew it was not wise to push the cat into approaching him. The lawn was wide open; therefore, one wrong move and the frightened cat may flee in panic. In the end, he decided to use a roundabout strategy to catch the Lykoi. He placed an iron cage baited with food to catch the cat’s attention. The device also contains a mechanism that would immediately snap shut when the cat enters it on the corner of the lawn.

After Poole finished setting up his plan, all that was left to do was wait and hope everything works out. Fortunately, this time around, the werewolf cat’s hunger won out. He cannot resist the temptation of the cat food and slowly entered the cage, which immediately closed shut as soon as he accidentally triggered the mechanism.

Finally, Poole’s hard work has paid off. He swiftly loaded the cage containing the Lykoi that Poole had named Logan into the car and headed towards the animal hospital. The real challenge was just about to start.

Worse than It Looks

As they arrived at the hospital, it was apparent that Logan was not so keen on trusting anyone. After all, he has been a stray cat for who knows how long and lived a life without comfort.

The vets estimated that he was eight years old and suffering from several health issues. For instance, Logan has a bad case of ingrown nails and has infections in his ears, feet, and eyes. Furthermore, he is also afflicted with fleas and lost the majority of his teeth. Luckily, the experts were there to administer treatment and turn him back to the healthy feline that he was before.

An internal medication was given that effectively eliminates fleas. Since Logan’s claws were extremely ingrown; he was mildly sedated so the vet could trim his nails safely. They also drenched his paws in iodine to stop the infection. It turns out; his ingrown nails were the cause of his hunching posture, which led to the development of sores on his back.

Later on, they moved on to cleaning his infected eyes, nose, and ears and then gently applied with medicine. Since the vets discovered that Logan was suffering from pink eye or conjunctivitis, they give him eye drops. For his loud and congested wheezing, they gave him an antibiotic shot and another prescription.

Towards Finding His New Home

While examining Logan, the vets also found out that the Lykoi cat was not neutered. Poole speculated that the poor cat was used as a breeding tool and was severely abused. Since Lykoi is a rare cat breed and highly-priced, many people are willing to pay to have one. It seems like some breeders wanted to take this opportunity and started illegally breeding them without observing proper methods.

Logan was lucky enough to escape and be rescued by Poole. The cat slowly opened himself up to humans after prolonged interactions with them. He would take the initiative to sprawl unto the rug that Poole offered to him. He would contentedly settle in the warm blanket and his rescuer’s embrace before falling to sleep.

Later on, Logan landed himself in the loving arms of his foster mom, Tabatha Norton. She keeps everyone updated about Logan’s recovery online. Once the brave little fighter has fully recovered, he will be up for adoption. “We will make sure the second half of his life is lived in luxury, surrounded by people who love him!” Poole added.

Never Too Late for a Happy Ending

Despite the hardships that Logan faced, the brave Lykoi cat showed that it’s never too late to start over again. Although wounds may take time to heal, every day is always an opportunity to try harder and reach for that happy ending.

Find out more interesting articles in our UK Pets Blog.

Socialising adult dogs may seem like a daunting task as some full-grown pooches are set in their ways. However, all hope is not lost. There are many … END_OF_DOCUMENT_TOKEN_TO_BE_REPLACED 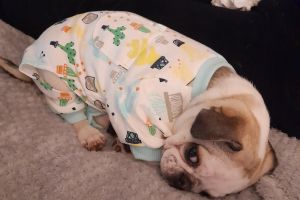 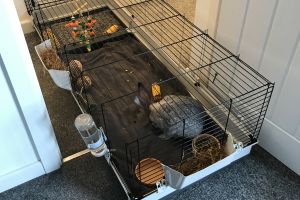 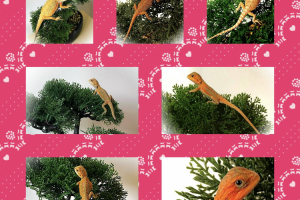 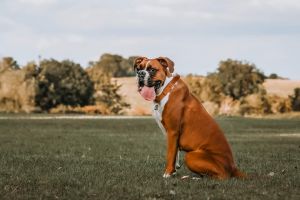