It goes without saying that every dog deserves to be loved and cherished. Unfortunately, some pooches end up being cast aside without a warm family to care for them. This was the case of Caro, until he bravely held out his paw and offered his trust to his rescuer, Kylina Turner.

A few months ago, Kylina was only supposed to carry out a property inspection in Austin, Texas, for work. However, she was astonished to find an odd critter in the backyard. At first glance, Kylina thought that the small bundle of fur was a stuffed animal instead of an actual dog.

According to her, Caro was not moving whilst staring intently at her. She had to walk up to him just to make sure she wasn’t just seeing things. With a twitch of an ear, Caro confirmed Kylina’s thoughts. ‘I was completely shocked that this was an animal,’ Turner added, ‘let alone a living one.’

The sick stray dog’s legs were caught on a wire bed frame which restricted his movements. Since Caro was too feeble to extricate himself from the wrecked box spring, he offered his paw to Kylina knowing that she was his last hope.

Kylina shared that Caro was quiet the whole time and never attempted to make any struggle. Instead, he just stared at her with a blank look in his eyes. She knew that Caro was not afraid of her, and he also somehow understood that Kylina was there to help him.

Because of his condition, Kylina was scared to touch Caro. Thus, she slipped off her sweater and then bundled his tiny 18-pound body in it. She proceeded to gently hoist him out of the bed.

Kylina cannot help but feel amazed as the dog obediently walked beside her as they went to her car. Caro was a very trusting pooch despite the miserable state he was in.

After Caro hopped in the car, he immediately fell asleep whilst Kylina started to drive. As she weighed her options, Kylina fears that the pooch might not withstand the twenty-minute ride to a nearby pet shelter because he was too ill. She decided to bring Caro directly to the vet.

When they arrived at the vet, the team checked that Caro was stable. Unfortunately, the six-month-old pup’s check-up revealed that he was sunburned, dehydrated, malnourished, and on top of that, has the worst case of mange that the vet has ever encountered.

Kylina shared that the vet has willingly kept the rescued pooch in their care and even donated money to pay for his recuperation. It encouraged her to create a GoFundMe for the young pooch.

Since Caro’s health was unstable, Kylina was frightened that the sick dog might not survive the medical treatment. Therefore, she decided to check on Caro regularly.

At first, the puppy was too weak to move; however, during the entire course of the week, Caro’s condition has gradually improved. Kylina fondly shared that the vets would excitedly tell her of Caro’s little progress such as how he was able to walk on the other side of the kennel or how he managed to lift his head up.

She only had a few interactions with the sick pooch but Kylina knew that she was getting attached to him. Later on, she made a decision that as soon as the pup leaves the vet, she would be his foster parent until he properly recovers.

Kylina’s fondness for the sick stray dog was deeper than she thought because things didn’t go as planned. She couldn’t find it in her heart to give up the young pup, so she decided to make him a part of her family.

During the first few weeks, it was pretty rough for them because Kylina’s seven-year-old pooch, Casey, was not so keen on having a new dog in the house. However, it turns out she became Caro’s best friend as time passed by.

Kylina fastidiously fed her new pooch small meals to help him gain weight and also treated his mange using medicated baths. Gradually, Caro gained more weight and his fur started to grow. He is now a healthy and happy nine-month-old German shepherd pup with a weight of fifty pounds and the fluffiest fur one can ever imagine.

Despite the hardship that Caro has faced, he continues to be a trusting pup just like how Kylina met him for the first time. It made his owner love him even more and now it seems like she cannot picture life without him. ‘Caro has brought us more happiness than I thought possible,’ Kylina said. ‘He is the funniest puppy and we’re constantly laughing at something he’s doing.’

A Friendship Founded in Surprising Situations

Sometimes, people will find friendship in the most unexpected situations that will bring a big change to their lives. All it takes is a bit of courage and dedication to forge a strong bond of friendship with another person or animal, just like what Kylina did with her beloved pup, Caro.

Be updated on the latest news about pet by visiting UK Pets Blog.

Are slugs poisonous to dogs? The answer to this question is not cut-and-dried. Many types of slugs do not create dangerous toxins in their body, but … END_OF_DOCUMENT_TOKEN_TO_BE_REPLACED 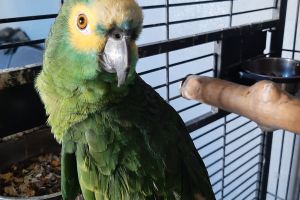 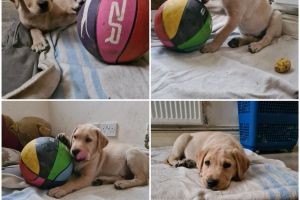 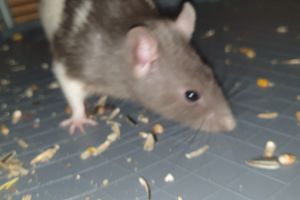 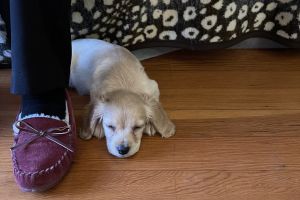