The comic book writer Stan Lee has died at the age of 95. He was the co-creator of the Marvel universe along with the iconic Marvel superheroes including Ironman, Spider-Man, and the others as well as the Pet Avengers. This time, we will pay a tribute to Stan Lee in acknowledgement to his genius work creation of the Pet Avengers. In Pet Avengers, these animals are not only dressed in cool costumes but endowed with superhero abilities as well.

The concept of Pet Avengers places these animals into the limelight of the comic world. The best thing is that it was narrated from the animal’s perspectives and was written to entertain all ages.

The mission started with Lockjaw running in pursuit of the Infinity Gems scattered all over the Earth. Lockjaw first discovered the Mind Gem which aided him with knowledge as to where and how to locate the others. However, his mission was misunderstood by the Inhumans as only a canine desire for attention and fun. In the end, Lockjaw proved them wrong with the superhero pets by his side.

Lockjaw was initially part of the world of the Inhumans. The Inhumans may not have been the talk of the town in the Marvel’s universe but Lockjaw did catch a few hearts of the fans. For that reason, Marvel Comics has given this massive mutt his very own miniseries, though it is not his first appearance. This gigantic dog has already been featured in other issues where he served as a loyal protector to the Inhuman Royal Family.

The character of this larger-than-life dog is unsurprisingly remarkable as it was created by the legendary duo of Jack Kirby and Stan Lee. Lockjaw is portrayed as an Inhuman canine gifted with incredible teleportation ability where he can even bring his family for a free trip with ease. His teleportation power is so immense that he can teleport from one galaxy to another. As such, he is often seen in different worlds including the Pet Avengers, Fantastic Four, Inhumans, and Ms. Marvel. He is everybody’s friend. This represents the essence of our canine companions with a mixture of amazing powers and adventures.

Who is Throg and why does he have the hammer of Thor?

There was once a man named Simon Walterson who fell in love with a woman. They decided to get married and seek a new life together. However, it was an unfortunate day when Simon’s wife was taken from him. He was devastated and desperate to find her. He sought help from fortune tellers. One mystic informant told him that his wife was pregnant before she died. Simon ended up more broken-hearted than ever. When the mystic informant asked for the payment, Simon had no money to repay. The mystic then cursed Simon into becoming a frog.

As a frog, he was first called as ‘Puddlegulp’ by the other frogs. He was thrown into Central Park where there was an ongoing war between frogs and rats. Fortunately, there was one brave frog that defeated all rats. Puddlegulp intended to follow the brave frog and warn him of the presence of other rats that survived. As he tried to pursue the brave frog however, he discovered that the said frog was Thor, the god of thunder. Puddlegulp was left when the rats came out of hiding, but luckily he found a sliver of Thor’s hammer. He then used all his strength to strike no matter how heavy it is. In the end, it transformed him and endowed him with the power of Thor. He is now called Throg.

With renewed strength and power, Throg was the first one to join Lockjaw on his adventures.

“Pardon me, but art thou not a male? And thy name is Ms Lion?” asked a bewildered Throg.

Contrary to his name, Ms Lion is a small white male dog who belongs to Aunt May, Spider-Man’s aunt. He is sweet and brave which prompted Lockjaw and Throg to recruit him as part of the Pet Avengers.

Lockheed appears in a purple colour that looks exactly similar to a small dragon. He may have a few adventures of his own but he would always go back to the company of his long-time friend, Kitty Pryde. His presence is known in the world of X-Men, and he became one of the Pet Avengers.

As one that resembles a dragon, Lockheed has sharp claws and teeth with two horns on his head. He also has wings that allow him to fly high. He has extreme resistance to heat and flame, and he can also generate a fire of his own. Just like any of the members of the Pet Avengers, Lockheed has a telepathic link with the others.

Niels is the bouncing feline superhero with powers caught from the same situation of Robbie Baldwin or initially known as Speedball. Due to the exposure of the energy from the incident in the laboratory, he was able to have the superhuman ability to create a kinetic field around himself. Niels is also known as ‘Hairball’ in relation to the codename of Robbie Baldwin.

After a few years’ time, he was glad to have encountered Lockjaw and Throg on their own adventures looking for the Infinity Gems. He was then invited to be part of the team but to his utter despair so is Ms Lion. Niels had a natural feline distrust of canines.

Redwing is the infamous pet bird/partner of Falcon. The Falcon and Redwing already had a few adventures of their own until Lockjaw approached Falcon seeking for help. Redwing aided the mission when the team went into the Savage Land in pursuit of the gems.

Zabu had only encountered the Pet Avengers in the middle of the battle with a T-Rex. He then joined the team and was able to battle against the Devil Dinosaur and Thanos.

Bo’s first appearance in the comic was in Lockjaw & the Pet Avengers #3. Whilst the Pet Avengers were set on the mission, they accidentally met Bo Obama, a Portuguese water dog owned by the Obama family. They were then surprised to know that the last of the Infinity Gems was found in Bo’s collar. However, Thanos suddenly came and kidnapped Bo. Eventually, Lockjaw defeated Thanos with his superhero powers and from the united powers of the collected Infinity Gems.

After the fight, Lockjaw established a telepathic connection amongst all members of the team. Bo Obama’s eyes flashed with a bright white light, a sign that he was included in the telepathic link. At that exact moment, his handlers were leading him back inside the White House.

Many dogs love bananas. Can cats have bananas too, or should pet parents keep these fruits to themselves? Evaluate the benefits and risks of feeding … END_OF_DOCUMENT_TOKEN_TO_BE_REPLACED 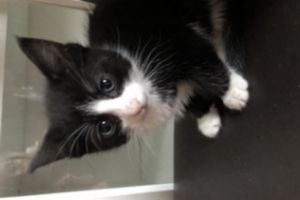 Black and black and white kittens 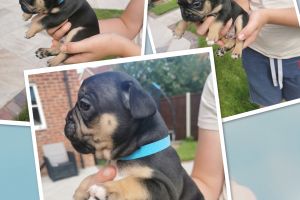 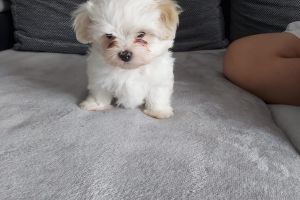 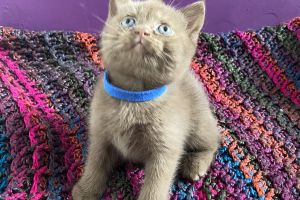