White cats have a fair share of superstitions and beliefs along with black cats. These fluffy felines stand out in their pristine coat colours, especially white cats with blue eyes. However, did you know that there is only 2 to 5 per cent prevalence of having white cats? Yes, and due to them being unusual and rare, most people rely on unfounded beliefs about them. Let’s explore the truth about having white cats. Are they a sign of good luck? Are white cats more prone to deafness? How are they different from albino cats?

What luck do white cats bring?

Generally, symbolism and superstitions all depend on the particular country. Usually, white cats are associated with good luck especially for those who have crossed paths with one. Moreover, if you get a positive response from a simple greeting, it would give you even more luck.

In Russia, for example, cats of any type are featured in tattoos as part of their culture and symbolism. Whilst black cats are not so praised, black and white cats and pure white felines seem to be treated as good luck symbols. If you look at the colour, it is easily associated with purity and positivity as well as money and prosperity.

However, there are also some countries that look at white cats as if they bring bad luck. It is believed that if you see a white cat, it conveys troubles at work or other problems in the future. For example, in the UK, people believe that a white cat coming into your house represents hard times ahead. If the said cat leaves, it brings bad luck and money with it.

There are also other countries with specific beliefs on long-haired white cats. It is thought that touching a white long-haired variety will bring certain consequences. People are advised to stay away from them if you are trying to keep fit. However, if you are wishing or planning to get pregnant, then feel free to seek one and touch.

There are cats in diverse colours and patterns, some are gifted with pristine white coat colour, and others have no pigmentation at all. Whilst this is true, cats of all types are a beauty to behold.

Trivia: The Oriental shorthair breed is available in about three hundred various patterns and colours. It is renowned as the most colourful feline in the world.

The TYR gene refers to melanin production. In this case, a pure albino feline may entirely lack this type of gene or in some cases, the said gene is damaged. This is usually passed on to the next generation through recessive genes from two albino parents.

Are albino cats rare? True, the albino variety only comprises an average of 2 per cent in the feline population, which makes it very rare. By definition, albino cats are found lacking of melanin not only in coats but in other parts as well.

A white-coloured feline is due to the dominant gene of having white fur. A white cat is normal just like any other cat variety.

The most apparent similar trait between the two is their white coat colour. As such, it is easy to mistake a white feline as an albino.

White cats may have different eye colours. Albino cats, on the other hand, have limited colours due to the complete lack of pigmentation. They are only often seen in transparent eyes (pale blue, pinkish blue, or pinkish).

White cats have no problems producing melanin. That being said, they may appear in varying eye colours such as almond, blue, green, and even heterochromia (that makes them even stand out more).

Overall, albinos may generally pose in pinkish colour, especially in their noses and inner ears. However, this does not indicate a pink pigmentation, instead, what you see are their blood vessels. This trait makes them more susceptible to health problems than the usual white variety.

Further, they differ from the albinos in the following aspects:

According to research, an average of 65 to 85 per cent of blue-eyed cats may be diagnosed with deafness. Those with heterochromia (having only one blue eye), have over 40 per cent of chances. Deafness is one of the common concerns in white cats. With that, many suggest examining white cats for deafness tests such as BAER testing (brainstem auditory evoked response).

The likelihood of hereditary deafness in cats is accurately explained in the presentation below:

Deaf cats are restricted to be bred as such disorder can be passed on to the litter. If you have a deaf feline, she should never be given free access to roam around. Keep her safe from dangerous appliances, speeding cars, and roaming dogs which she will not be able to hear. Do not leave them in situations where they need to rely on their auditory capability.

Other than deafness, there is no evidence of them having other health issues, unless you believe that a white cat is an albino. Their lifespan is no different from any other breeds; the more they are well cared for, the longer their lifespan will be.

Further, keep in mind that their rare white coat will need to be kept clean more often. Despite being shrouded in superstitions, they are just like any other cats that require regular vet examinations including vaccinations, deworming, and more.

The winter season does not only bring in a festive ambiance and cold weather. It also drags along a number of threats that can endanger our dog’s … END_OF_DOCUMENT_TOKEN_TO_BE_REPLACED 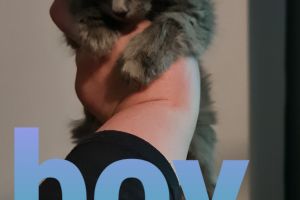 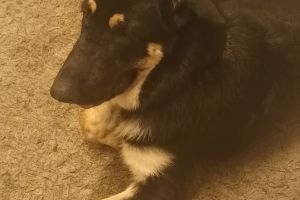 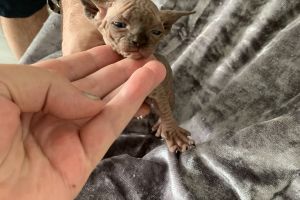 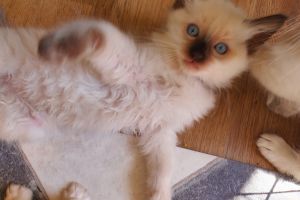