1. The Teacup Pomeranian is not a distinct breed.

Whether the Teacup Pomeranian is considered a breed or not continues to confuse many dog lovers. The simple answer is no, he is not.

The only official breed recognised by major kennel clubs is the Standard Pomeranian. He is a small dog that descended from large Nordic sledding dogs.

The Pomeranian became prominent amongst the royals in the 1600s. However, the renowned figure who pushed the smaller variety of the breed to immense fame was Queen Victoria. She owned Pomeranians that were smaller than the regular ones.

In 1870, the Pomeranian was acknowledged as a breed by the Kennel Club of England. In 1888, he was registered in the American Kennel Club. Both organisations placed him under the Toy Group.

In the 21st century, the demand for teacup breeds grew including Pomeranians. Thus, breeders strived to create a miniature version of the Standard Pom, which we now know as Teacup Pomeranians.

How big does a Teacup Pomeranian grow?

Although both small Pomeranians, there is a slight size gap between Teacup Poms and Standard Poms. According to breed standards, a regular Pomeranian grows around 1–3 kilos (3–7 pounds) in weight and 15–17 centimetres (6–7 inches) in height.

In comparison, the Teacup Pomeranian is much smaller and lighter than his standard counterpart. He usually weighs less than 1 kilo (3 pounds).

Yes, they will stay small until they grow old and they will possess an everlasting puppy-like appearance.

As a tiny pooch, the Teacup Pomeranian dog is quick to reach maturity. It will only take around 10 months for Pomeranian Teacup puppies to achieve their final size.

However, they will continue to fill out until they are 12 months of age. Once Teacup Pomeranian puppies turn 1 year old, they are already considered adult dogs.

4. Teacup Pomeranians can be created in several ways.

How are Teacup Pomeranians bred?

Breeders have 3 options to produce a litter of Teacup Pomeranian puppies:

A. Infuse dwarfism gene into the Standard Pomeranian gene pool.

Dwarfism is naturally present in some dog breeds such as Corgis and Dachshunds. This genetic condition is the reason why some breeds have small bodies and short limbs. The same can be done to Standard Pomeranians so that they can give birth to Teacup dogs.

However, this can be a risky gamble as dwarfism is also accompanied by several health issues. It could negatively affect a dog’s mobility, body development, and vision.

Ideally, this type of Teacup Pomeranian breeding entails checking the health of runts before mating them. That’s because they are weaker and more susceptible to illnesses than healthy puppies. These small dogs should have a clean bill of health to prevent passing on any disease to their litter.

Breeding a Standard Pomeranian with small breeds, like the Shih Tzu, is a much safer option. By mixing other genes of dogs, health issues brought by interbreeding can be avoided.

But care should still be taken to ensure the successful delivery of healthy Teacup Pomeranian puppies. For instance, a female Pomeranian should never be mated with a dog larger than her.

Note that preferring this option will not produce purebred Pomeranian Teacup dogs. Expect the outcome to be mixed breeds such as Pomchis and Pomskies.

Breeding Teacup Pomeranian puppies continues to be a controversial topic due to poor breeding practices. For this reason, potential Teacup Pom owners should make sure to find a trustworthy breeder.

5. The Teacup Pomeranian is extremely fragile.

A small-sized dog with a delicate body, the Teacup Pomeranian can easily get hurt. Accidentally stepping or sitting on him can break his bones and cause other fatal internal injuries.

Roughly handling the Teacup Pom may also put his life at risk. He is not fit for households with young children. Small kids do not fully understand yet the bad consequences that may happen if they are to rambunctiously play with their small canine friend.

Teacup Pomeranians are also sensitive to loud noises. Exposure to it can traumatise them or worse, cause death. They should be raised in a calm and quiet environment to avoid terrifying them.

6. Teacup Pomeranians do not enjoy too much alone time.

Having a Teacup Pomeranian will brighten up your day. He is full of life and takes delight in being the centre of attention. He thrives in socialising with people since he is an extroverted pooch.

On the flip side, Teacup Pomeranians cannot handle being left alone for long hours. If these small dogs are on their own for more than a day, they will feel distressed and lonely.

And if Teacup Poms are constantly alone, separation anxiety may develop. They are not suited for people who won’t have time for dog–owner bonding.

These feisty but loving family dogs belong in households that can spend long hours playing and interacting with them.

Do Teacup Pomeranians shed a lot? They don’t shed as heavily as other dog breeds, but they do shed a significant amount of fur. These micro dogs are double-coated and undergo shedding season twice a year. This usually occurs during spring and autumn.

Around this time, Teacup Pom owners should be prepared to brush their pooch 2–3 times a week. Their coats need to be brushed multiple times a day to manage their shedding.

Letting a professional groomer give your Teacup Pomeranian a teddy-bear cut will save you time in grooming. Shaving is discouraged, as his double coat won’t grow back normally.

Yes, they are, especially when strangers are around. They may be small-sized pooches, but their need to protect their family is strong.

Teacup Pomeranians won’t stop yapping until they drive away from the intruder. However, don’t view this trait as a drawback. With proper training, their barking can be put into good use as they make good guard dogs.

Being around large dogs can trigger small dog syndrome in Teacup Poms. These behavioural problems prompt them to bark relentlessly at other dogs as a challenge for dominance. A situation like this often starts dogfights wherein Teacup Poms may not stand a chance.

Thus, make an effort to socialise your Teacup Pomeranian puppy with friendly dogs. If he grows up to be a well-socialised dog, he will enjoy befriending other pooches than getting a rise out of them.

The Teacup Pomeranian lifespan is relatively longer than other breeds, ranging from 12 to 16 years. Unfortunately, they also have extremely fragile health, which causes early death in many Teacup Poms.

If Teacup Pomeranians are not fed consistently every day, they are in grave danger of succumbing to hypoglycaemia or low blood sugar.

Teacup Pomeranians also suffer from teeth and gum problems. Their small heads cannot accommodate all of their teeth, causing teeth crowding and malocclusion.

Other Teacup Pomeranians diseases to worry about are tracheal collapse, hydrocephalus, respiratory issues, dislocated patella, and seizures. These tiny dogs are predisposed to these health conditions due to their frail, small bodies.

Before deciding to bring home a Teacup Pomeranian, make sure that you are ready to face these hurdles. Think whether you have the means to support your dog’s vet care or not. If the answer is no, it would be for the best not to get one as a pet.

10. The Teacup Pomeranian is an expensive dog to own.

How much does a teacup Pomeranian cost?

The price tag for pedigree Teacup Pomeranian puppies for sale is around £2,500–£5,500. Since they are sought-after by numerous dog lovers, these small and adorable pooches are not hard to find.

Why are Teacup puppies so expensive?

Teacup Pomeranian puppies’ popularity greatly affects their price, making them expensive. In cases of shady breeders, they sell their Teacup puppies at a higher price simply because they are after the profit.

Some unscrupulous breeders even have to resort to selling small mixed-breed dogs as Teacup Poms. You might be duped into paying a large sum of money for the wrong pooch.

Finding a well-bred Teacup Pomeranian puppy can be difficult despite the popularity of these small dogs. However, never opt to buy from unreliable places or you might become a puppy-scam victim.

A better alternative would be to adopt from a dog rescue organisation or rehoming centre. It is a good opportunity to provide an abandoned or neglected Teacup Pom a forever loving home.

Search and rescue dogs are saving hundreds of lives each year. Do you plan to make your furry pal a part of this heroic brood? Find out if he has what … END_OF_DOCUMENT_TOKEN_TO_BE_REPLACED 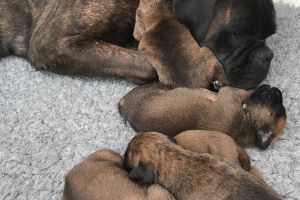 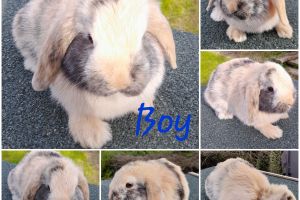 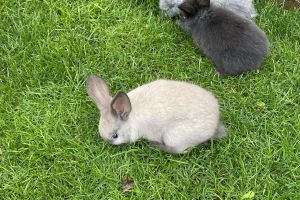 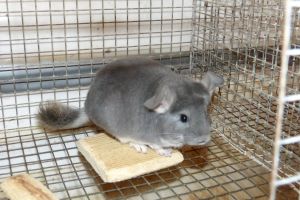