Obesity might be one of the most rampant issues that UK pets are afflicted with. However, do not let that stop you from transforming your plump pets into becoming a healthier version of themselves. These ten successful pet weight loss stories are proof that it is never too late for a positive change.

Arbuckle was an obese dog rescued by actress Jane Lynch. Lynch worked with a non-profit charity, Purposeful Rescue, which led her to meet Arbuckle. With the help of Lynch’s partner, Jennifer Chyne, they began their pet weight loss project on Arbuckle.

Arbuckle was estimated to be eight years old at that time and weighs 116 pounds. They provided him with enough daily exercise which includes six months of walking. At the end of the project, his weight was reduced to 75 pounds.

The border collie was found to be 111% overweight as she became a participant in the PDSA Pet Fit Club campaign. According to Merlin’s owner, the event was a great experience and the pooch loved it. By the end of the competition, Merlin had lost 24 pounds and has a finishing weight of 68.5 pounds.

Nothing looked miniature about this dachshund when he was taken into the care of her owner, Brooke Burton. After a strict measured diet coupled with supplements and lots of exercise, Dennis went from a whopping 56-pound pooch to a healthy 9-pound pooch. He has undergone four costly surgeries after his weight loss resulted in lots of extra skin.

Kato was neglected by his pet owners which led him to carelessly consume more food than he needed. After being adopted, Kato was given a proper diet. After three years, he has shed a lot of pounds which ended his battle with obesity.

Ruby became overweight because of eating too much dog treats. The former Jack Russell terrier stray was also a contestant of the Pet Fit Club. She was crowned as the winner of the competition back in 2013.

Fraggle was abandoned after her owner fell out of love with her and chose another feline. The obese cat weighed 22 pounds. Luckily, her new pet owners helped her lose her weight and now she’s just another feline who won against obesity.

Due to her obesity, Lu-Seal was barely able to walk. To make matters worse, she also had arthritis and torn ligaments in both knees which made walking painful for the poor pooch. Her owner, Julia Morley, encouraged fellow pet enthusiasts to visit the vet regularly and let them check and adjust the pet’s calorie intake to facilitate weight loss.

#throwbackthursday ! I love the way Bertha sits. She’s always sat with her legs out to the right like that, but now you can actually see them 🤣 #weightlossjourney #notsobigbertha #rescuedog #chihuahua

When the senior chihuahua was rescued by Allison Hackett, she was almost two and a half times the weight of a healthy chihuahua. Through a strict diet that was frequently checked by the vet, Bertha was able to properly lose weight despite being an old pooch.

When the beagle was first surrendered by his owner, Kale Chips was struggling to walk properly because of his obesity. In fact, his new caregivers had to wheel him out using a wagon when they came to pick him up. Kale Chips’ forever family let him undergo a strict diet, which includes a healthy dose of fruits and veggies, and added swimming to his exercise. Through hard work and patience, Kale Chips is now one happy pooch free from obesity.

The pooch’s former owner showed their love for Obie by feeding her too much, which resulted in obesity. Through proper diet and slowly going back to exercise, the obese pooch steadily regained his body back into shape.

Not the end of the road

These wonderful pet weight-loss transformations show that with your help as their trustworthy human companion, you can lead them towards a healthier lifestyle.

The winter season does not only bring in a festive ambiance and cold weather. It also drags along a number of threats that can endanger our dog’s … END_OF_DOCUMENT_TOKEN_TO_BE_REPLACED 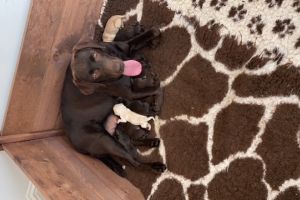 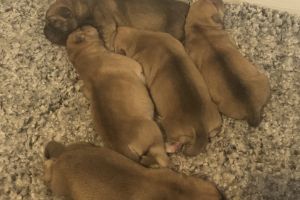 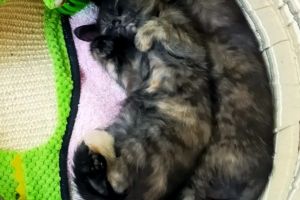