Valentine’s Day just became more meaningful as Romeo, who is believed to be the last of the vulnerable species of Sehuencas water frogs, finally found its mate and hopefully saved from the dreadful possibility of extinction. The search for his Juliet was a tough mission for wildlife conservationists, but it is a story worth sharing to the world.

Sehuencas water frog, also known as Telmatobius yuracare, was classified as vulnerable by the IUCN (International Union for Conservation of Nature) on its IUCN Red List of Threatened Species. This is due to the decreasing population trend of the said species.

Sehuencas water frog’s populace was once abundant in the bottom of rivers, small streams, and ponds located on elevated cloud forest or the Yungas Forest in Bolivia. However, researchers found and suspected numerous destructive factors that led this species to its current vulnerable state. It was the combined lethality of chytrid, which is a toxic amphibian pathogen, influx of trout population, loss of habitat, climate change, and pollution that thoroughly decreased the Sehuenca water frog’s numbers.

Romeo was brought into captivity in 2008 by a team of biologists designated in Bolivia. He was to be a part of a conservation breeding programme that was created to thwart the impending risk of extinction of Sehuencas water frog. The said conservation programme was made possible with the diligent and joint efforts of Global Wildlife Conservation (GWC) and the Alcide d’Orbigny Natural History Museum.

For ten years, the expedition team created by GWC and Alcide d’Orbigny Natural History Museum struggled to search and uncover the possible areas where Sehuencas water frogs like Romeo might flourish. However, they were unable to find even a single Sehuencas water frog, may it be male or female.

It was later on believed that Romeo might just be the only survivor left of its kind. For frog species with a lifespan that lasts only up to fifteen years, Romeo’s time to find a mate and make a family is running out. News like this does not bode well for the future of the Sehuencas water frogs.

In 2018, GWC and the Bolivian Amphibian Initiative in partnership with a dating website, Match, created a campaign for Romeo to find his beau. The #Match4Romeo campaign aimed to raise $15,000, which is equivalent to £11,403. The team created a Match profile for Romeo, which includes a heart-melting bio and a cute video of him showing off his swimming moves. The campaign became a huge success as thirty-two countries gave hearty donations that amounted to $25,000, which is equivalent to £19,005.

The funds generated by the campaign will be used to buy equipment needed to undertake another expedition. Bolivian Amphibian Initiative aims to go through ten expeditions in the areas that were Sehuencas water frogs’ habitats and to find other similar locations where the species may likely thrive.

The ten-year solitary life of Romeo has changed into a positive progress as GWC and the Museo de Historia Natural Alcide d’Orbigny’s excursion to a Bolivian forest yielded favourable results. The expedition team’s tedious task of enduring countless days of rugged terrain, rain, and humidity finally bore its fruits of hard labour.

In January, the expedition rediscovered the Sehuencas water frog  in a stream, and there they found Juliet. However, their stroke of luck does not end there as they were able to rescue other four Sehuencas water frogs. Three frogs are males and the other is a juvenile female.

The newly rescued frogs went under quarantine. The expedition wanted to make sure that they are not afflicted with the chytrid disease that is known to be lethal to frogs. Teresa Camacho Badani, the museum’s chief of herpetology, joked that the whole team does not want Romeo to get sick on his very first date with Juliet.

The road that lies ahead

Now that the expedition was able to bring back a mate for Romeo, numerous challenges lie ahead. It entails gaining more knowledge about Sehuencas water frog’s reproduction to ensure a more successful rate of mating that would produce healthy offsprings in the future.

Additionally, the team also pointed out that there is still much to learn about Sehuencas water frogs in general, such as how many of them were left, what locations do they thrive, and what are the other threats they face that continue to put them in a spot of vulnerability.

Once the team uncovers the facts that will answer these questions, they will be able to give vulnerable species like Romeo’s a better chance at surviving imminent frog extinction. They would be able to cultivate strategies that will lessen the dangerous threats to Sehuencas water frogs’ habitat and ensure a long-term plan for the safety of Romeo and Juliet’s babies in the wild.

The winter season does not only bring in a festive ambiance and cold weather. It also drags along a number of threats that can endanger our dog’s … END_OF_DOCUMENT_TOKEN_TO_BE_REPLACED 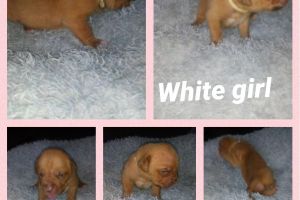 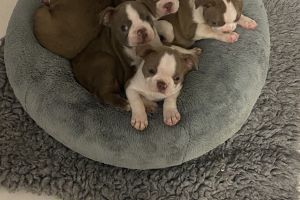 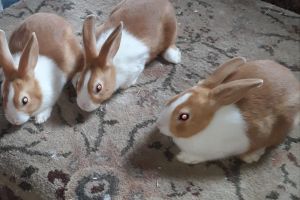 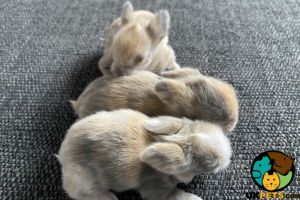