Heatstroke can occur within a short span of fifteen minutes to a dog in a hot car. This condition may cause the canine to suffer brain damage and, in worst cases, death. Tesla, American energy and automotive company, recently launched an additional feature to one of its car models that prevents and safeguards pets from the dangerous consequences of being left inside a hot car for an extended period of time.

On February 13, Tesla’s YouTube channel posted a video that introduces “Dog Mode”, which allows the air conditioning system in the car to stay on and the doors safely locked while the dog owner is away. It ensures a more secure environment for pets that travel with their owners by car.

A message will also be illuminated on the car’s dashboard tablet. It displays the temperature within the car and informs any concerned passer-by that the dog’s owner will return soon.

Furthermore, dog mode will warn the car’s owner if the battery reduces to lower than 20%. It will send an alert notification to the pet owner’s mobile app in order to remind them to get back sooner before their car’s air conditioning turns off.

Dog mode is an addition to an existing feature named Cabin Overheat Protection. Its function is to monitor the car’s temperature when it is parked and ensure that the heat will not exceed 40°C or 104°F to keep babies, young children and even pets away from the dangers of heatstroke.

In October 2018, John Atchley, a Tesla Model 3 electric car owner, tweeted to Elon Musk, who is the co-founder and CEO of Tesla. His tweet proposes a new feature which he calls “dog mode” to be added to the car model.

Atchley suggested that the dog mode’s functions may include music playing while the air conditioning is on with the centre screen’s display sporting a friendly message of “I’m fine my owner will be right back.” Musk replied to this tweet with a short affirmative “Yes.”

A day after, another individual named Justin Horn tweeted Musk with another suggestion that proposes displaying the current temperature on the screen. Horn’s tweet also received an affirmative reply from Musk. However, the company did not provide any timeline regarding the release of this feature last year.

Tesla’s new dog mode is a new addition to other preventive measures that ensure the safety of a dog from getting heatstroke inside a heated car. According to the Royal Society for the Prevention of Cruelty to Animals (RSPCA), they receive over a thousand distress calls every year about animals especially dogs that are negligently left inside cars despite the rising heat.

Dogs left in cars that have high temperature are highly susceptible to heatstroke. There are multitudes of reports about dogs dying inside cars because they have been exposed to too much heat.

Numerous pet dedicated organisations such as RSPCA and People for the Ethical Treatment of Animals (PETA) continuously warn pet owners to not underestimate weather conditions or it may lead to tragic consequences. There were many pet owners that unfortunately experienced this tragedy, and Jonathan Theobald is just one of them.

The Case of Jonathan Theobald

In 2017, Jonathan Theobald, a sixty-six-year-old pet owner of three pooches: Daisy, Rascal, and Mitch, was convicted after all three of his pets died inside his hot car. According to Mr. Theobald, he misjudged the weather very badly. The day was sunny but overcast and was not swelteringly hot. So he left his three pooches inside the car for almost five hours while visiting a gym in Peterborough.

The horrifying sight of his two dead Staffordshire bull terrier-type dogs and the other barely breathing was what met him as he returned to his Volkswagen estate car. After he took the two lifeless dogs out of the car, he spent around thirty minutes trying to resuscitate Daisy. However, it was too late; all of his beloved dogs are dead.

Mr. Theobald’s voice cracked as he imagined the pain that Daisy must have endured since she was the last out of the three pooches to perish. He added, “The weather can change quickly and a car can become lethal, I’ve discovered that the hard way.”

Save Dogs from Being Trapped in the Heat

To prevent incidents where a dog dies in a hot car or a dog overheats in a car, here are a few simple tips to keep in mind:

Know the symptoms of heatstroke. It is usually characterised by:

If these symptoms manifest on your dog, take him out of the heat, transfer him into an air-conditioned vehicle and immediately call the vet. An air-conditioned building is also a preferable choice for pet owners that cannot transport their dog. You are also advised to call animal control if possible for assistance.

Know the steps to take when you see a dog trapped inside a heated car.

Search and rescue dogs are saving hundreds of lives each year. Do you plan to make your furry pal a part of this heroic brood? Find out if he has what … END_OF_DOCUMENT_TOKEN_TO_BE_REPLACED 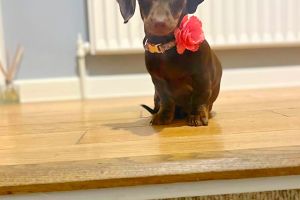 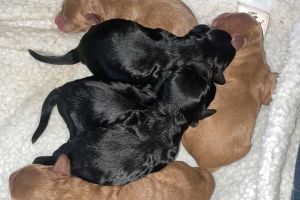 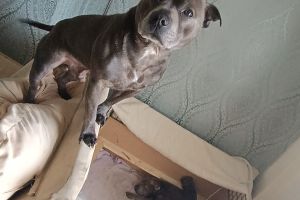 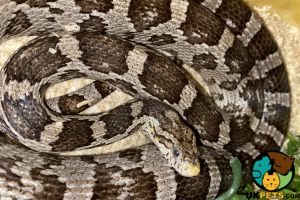