Poodle mixes are becoming a fast favourite for many dog lovers around the world. With their impressive smarts and sweet temperament, these designer dog breeds make one of the best family companions. If you are looking for a poodle mix as your furry buddy, here are fifteen poodle mixes that you should check out.

A Saint Bernard and poodle mix, the Saint Berdoodle is a big dog with a very affectionate nature. He can grow between 61 and 76 cm and weigh as heavy as 50–91 kg. Despite his large size, he is a gentle giant that thrives in spending time with his favourite humans. So, don’t forget to let him join in on fun family activities.

Because Saint Berdoodle is a highly sociable dog, he cannot be left alone for long periods. He best fits in households that have a family member who can accompany him throughout the day. Although the Saint Berdoodle is not an aggressive pooch, supervision is a must when he is around children. The Saint Berdoodle has a huge build and he may accidentally knock over small children when playing.

The ever-playful cockapoo is the most popular poodle mixed breed created by crossing a cocker spaniel and a poodle. There are three variations of this poodle mix: the toy cockapoo, the miniature cockapoo, and the standard or maxi cockapoo.

The cockapoo may be small in size, but he is full of zest for life. Outgoing and ready for action, he is down for various excitement and adventures. With his warm and friendly nature, he easily gets along with other people and pets. Another impressive trait of the cockapoo is his hypoallergenic coat, which makes him a good choice for people suffering from allergies.

Crossing a poodle and a giant schnauzer will give you a cuddly and loyal giant schnoodle. He can grow from around 56–84 cm and can weigh approximately 45–54 kg. The giant schnoodle inherited the giant schnauzer’s lively energy and the poodle’s enthusiasm to please its owner. He is a perfect family companion for those who live an active lifestyle.

The giant schnoodle’s meek and easy-going personality makes him a great match for families with children too. Whilst this poodle mix is affectionate with his family, he can be wary and cautious around strangers. Unlike other dog breeds, he is not big on barking. However, he is a skilled watchdog that will alert his owners of any potential threat.

The Maltipoo is a cute mix of a Maltese and a poodle. In general, he weighs around 2–9 kg and stands 20–36 cm. A cheerful and vivacious hybrid dog, it fills him with delight to spend time with his human companions.

The Maltipoo cannot stand being left alone at home for an extended period. He is a people-loving dog that needs the company each day. Despite being an energetic dog, he requires minimal exercise and is a terrific lap dog.

You may also like: How to Care for a Maltese Dog

Also known as the Jackadoodle, this super athletic designer dog is a mix of a Jack Russell and a poodle. He can weigh around 5–11 kg and can measure approximately 25–38 cm.

The Jack-A-Poo got his high-energy levels from the Jack Russell, so expect him to be a hyperactive pooch. With that said, he would do well in a family who loves the outdoors. He would be a great exercise companion.

During his downtime, the Jack-A-Poo, being a lap dog, will turn into a cuddle bug. So, shower him with lots of affection. This poodle mix is also known for being quite a comedian that brings out smiles and laughter from his human companions. Alert and sprightly, he will not hesitate to bark at trespassers, which makes him a good guard dog.

The good-natured Labradoodle is the result of mixing a Labrador and a poodle. Standard, miniature and medium Labradoodles are the three variations of this designer breed. The miniature Labradoodle stands 25–61 cm tall and weighs about 5–32 kg.

Labradoodle is one of the most popular poodle mixes in the world. Dog enthusiasts are delighted with his funny antics and affable personality. Aside from being an ideal canine companion, he is also a capable guide dog.

Most Labradoodles have short, curly hair, which makes them hypoallergenic. Thus, this poodle cross suits well with dog lovers who have allergies.

You may also like: Cockapoo or Labradoodle – Similarities and Differences

The Yorkipoo is a cross between a Yorkshire terrier and a poodle. An adult Yorkipoo weighs 1–6 kg and measures around 18–38 cm. This small designer dog has a big love to share and relishes being around with his human companions.

Because of his gentleness, not only is he a good pet for families, but also the elderly. The Yorkipoo has also been proven to be an accomplished therapy dog.

Although the Yorkipoo is a people person, he is laid-back and less demanding than other dogs. This is all thanks to his terrier blood. Another addition to the hypoallergenic poodle mixes, the Yorkipoo is a minimal shedder and produces less dander. He is a great canine buddy for prospective dog owners with allergies.

The boxerdoodle is also called boxerpoo. His parents are the boxer and poodle. On average, he can grow between 26 and 64 cm and weigh at least 5–32 kg.

Dog enthusiasts praise this charming poodle cross for being an intelligent and devoted canine companion. He is a quick thinker, which makes him quite easy to train.

The boxerdoodle creates a strong bond with his family. He is especially protective of children and gets along well with them. Being a sociable and friendly pooch, he easily gets along with other people as well, provided that he is properly socialised. The boxerdoodle makes a good hiking or jogging partner for families with an active lifestyle since he is full of energy.

You may also like: Guide to Breeding Boxer Dogs

The bassetoodle got his endearing appearance from his parents, the basset hound and poodle. A full-grown bassetoodle is 30–41 cm in length and 9–14 kg in weight. Sporting a calm and laid-back personality, this charming designer breed easily wins the hearts of both people and other pets. He is a great playmate for children too.

Since he thrives in human companionship, he can get lonely if left alone for too long. Therefore, he needs someone to keep him company every day. The bassetoodle tends to be a master of mischief, but it’s one of the joys of having him as a family pet. He is also a capable guard dog that would likely howl rather than bark at trespassers.

The parentage of this poodle mix results in each puppy looking different from each other. The doxiepoo may fall between being a small dog and a medium-size dog. He typically grows around 20–58 cm and weighs approximately 2–10 kg.

Whilst doxiepoos vary in terms of appearance, they share nearly the same temperament. They can be quite stubborn dogs because of their confident and independent personality. However, doxiepoos are very loving dogs that enjoy entertaining their families with awesome tricks and comedic antics. Needless to say, all these traits make up their charm as family companions.

The Westiepoo is an adorable hybrid dog created by crossing a west highland white terrier and a poodle. He is a small pooch that commonly weighs about 9–14 kg and measures at least 28–43 cm tall. The Westiepoo is deeply dedicated to his family and is known to form a strong bond with one or more family members.

What makes him such a terrific furry companion is his adaptability and eagerness to please. This poodle mix is a great pet for seniors and apartment dwellers. He is also a good option for allergic dog enthusiasts as he is a low shedder and hypoallergenic.

The Westiepoo doesn’t do well in households where he is left to fend for himself for a long time. Since he easily gets bored and lonely, he needs a human companion to keep him entertained.

A warm and tender canine companion, the Irish doodle appeals to many dog enthusiasts. He is a wonderful family pet for homes with children and other pets. Because of his sweet personality, the Irish doodle excels in being a service dog and a therapy dog. Whilst is he is not the best choice for a guard dog, he makes a decent watchdog.

The Aussiedoodle has a goofy character and relishes in entertaining his human companions. He tends to share a strong bond with one or more members of the family. Inheriting the Australian sheepdog’s energy, the Aussiedoodle is an athletic hybrid dog that requires moderate to high amounts of exercise. He is a highly intelligent dog and easily learns new commands.

This cute mixed breed is a combination of a papillon and a poodle. Weighing 3–6 kg and standing approximately 28 cm tall, he is a small and delightful furry buddy. Whilst the papipoo may tend to be a mischievous pooch, he is also very loving and showers his owners with affection.

Because of his jolly personality, children enjoy his company. However, supervision is needed when the papipoo is with children to avoid mishandling.

The goldendoodle is an extroverted dog, so expect him to quickly befriend people and pets alike. Taking after the golden retriever, he is a happy-go-lucky dog that loves getting involved in family activities. Since both of his parent breeds are one of the smartest dogs, he is highly intelligent and easily trained.

Are slugs poisonous to dogs? The answer to this question is not cut-and-dried. Many types of slugs do not create dangerous toxins in their body, but … END_OF_DOCUMENT_TOKEN_TO_BE_REPLACED 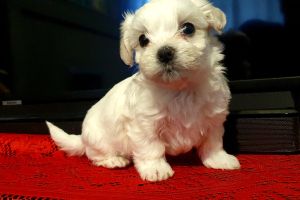 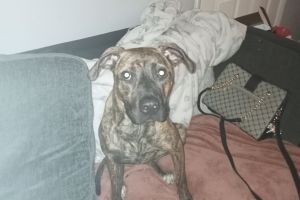 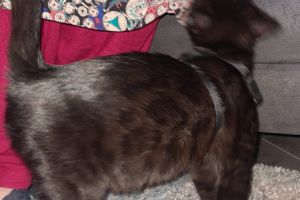 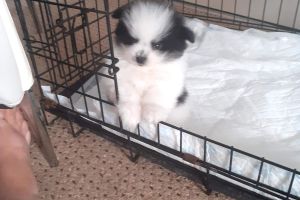