Which cat breed is the most loving?

Amongst the 42 pedigreed feline breeds, as recognised by the Cat Fanciers’ Association, we’ve put the heart-shaped spotlight on 5 special cats. They have been known the world over for being the most affectionate cat breeds. They love human company so much that they follow their owners around no matter what they are doing. If you are looking for the most loving cats on the planet, read about the following breeds.

The ragdoll cat gets its name from its distinctive behaviour of going limp when picked up. It is the classic lap cat. This is arguably the most captivating characteristic of this feline breed. Its lack of aggression, very sweet nature, quietness, and tendency to follow its human from one room to another also contributed to its popularity. In fact, it is consistently on the list of most popular cat breeds in the UK.

Because of its attentiveness to its owner, the ragdoll has been described as having a doglike personality. It will greet you upon your arrival and even cuddle with you on the bed or couch. One owner even said that one of her ragdolls plays fetch!

The ragdoll’s agreeable and friendly nature makes it a perfect family pet as it loves children and can be friends with dogs.

The Tonkinese is the hybrid of the Burmese and Siamese cats, which are also known to be very affectionate cat breeds. As such, it is no wonder that the Tonkinese is one of the most friendly cat breeds. In fact, it is always on the most popular cats in UK lists.

This feline is attractive, warm, and outgoing. It loves to please it’s human and enjoys being with its family. A little more relaxed than the Siamese, the Tonkinese likes to take long periods of rest (on laps) in-between playtimes. Nevertheless, it will not let its human out of its sight. It will even take on door-greeting duties, answering the door and ushering visitors into the home. Like the ragdoll, the Tonkinese also likes to play fetch.

The Tonkinese craves company. As such, owners who potentially leave pets alone for long periods are advised to get a companion for a Tonkinese. That is not much of a problem as this breed can get along well with other animals.

The Persian with its lush long hair is a sight to behold. Beautiful, sweet, and laid-back, the Persian is one of the most affectionate cat breeds. As such, it is one of the most popular felines in the UK. It is a lap cat that also loves to drape itself over furniture as if reminding you of its glorious physical attributes.

Also called the Doll Face, this feline has very expressive eyes and a soft voice. Although it loves to lounge about, it also likes to play and explore its environment. However, unlike other breeds, it prefers to keep its feet on the ground. Although it likes quiet and routine, the Persian can thrive with a vibrant family. As it is an indoor cat, the Persian does not like to go far when allowed to venture outdoors.

RELATED: 3 Big Ways to Make Your Dogs and Cats to Get Along

The Birman is like a human emotional thermometer. When you are happy, it is also in a good mood and raring to play. If you are having the blues, this affectionate cat breed will be there to cheer you up and console you. It loves to cuddle, and if you need one, it will be all too happy to snuggle with you!

You may also like: Is Your Behaviour Influencing Your Cat’s Behaviour?

Stockier and longer-haired than the Siamese, the Birman loves to curl up in laps and just be around its human. It likes to be in the know of its owner’s activities. Whilst it is not demanding, it will not hesitate to ask to be scratched or petted every now and then. The Birman is not known to be a vocal cat, although it will respond when you talk to it.

The Birman, being an immensely agreeable pet, can live with other dogs or cats. It also thrives with children well, making it an ideal family cat.

The Sphynx’s lack of hair makes it enjoy the warm human touch of its owners. It likes to stay close to its human and loves snuggles. However, the Sphynx is a natural cuddler not just because of its need for warmth—it is innate in its personality.

This cat breed is not entirely hairless. It has a light coating of down that makes its skin feel like warm suede. The minimal layer of hair makes the Sphynx an ideal pet for those allergic to fur, as one owner attests. However, this unique feature makes this breed sensitive to the weather. It can easily feel the cold or warmth, which is why it should be kept indoors. But despite the lack of fur, this feline still needs regular bathing.

Although lacking in hair, the Sphynx is not lacking in personality or humour. It likes to purr loudly and vocalise and likes to entertain its humans. It will do various antics just to get attention. Its friendliness is such that it likes everyone it meets, be they human or other animals. As such, the Sphynx has been used as a therapy animal.

You may also like: What Is My Cat’s Meow Telling Me?

Are you planning to get any of these loving feline companions? Find one amongst these available cats for sale now!

Socialising adult dogs may seem like a daunting task as some full-grown pooches are set in their ways. However, all hope is not lost. There are many … END_OF_DOCUMENT_TOKEN_TO_BE_REPLACED 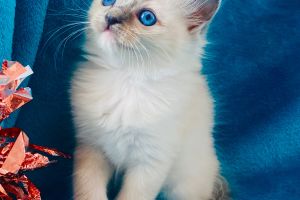 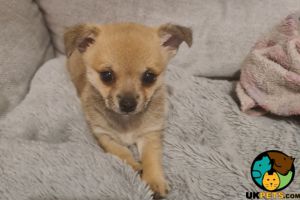 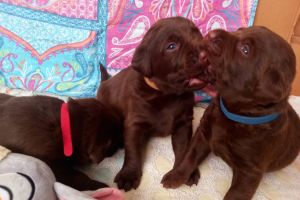 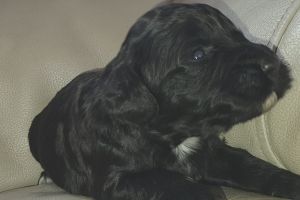